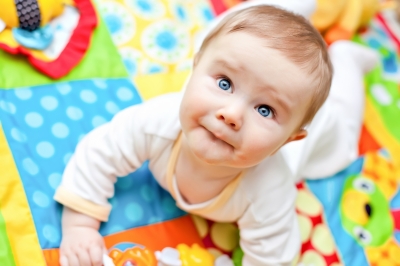 Those of you who regularly read my posts here know how passionate I am about reducing our toxic exposure. But I just read the results of a new study and it’s got me even more upset than usual!

That’s because this time, the study is talking about how the millions of chemicals that surround us everyday are taking a toll on our children. Here’s more, and how you can help protect your kids.

A few statements of note:

Now, researchers suggest that we are seeing increases in all three of these disorders potentially because of the toxic chemicals in our environment.

For the study, which was published in Lancet Neurology, researchers followed up on a review they did in 2006, when they identified five industrial chemicals as “developmental neurotoxicants,” or chemicals that cause brain problems. They noted that exposure to these chemicals during early fetal development “can cause brain injury at doses much lower than those affecting adult brain function,” and added that another “200 chemicals are known to cause clinical neurotoxic effects in adults.”

In this more recent study, the researchers again reviewed the existing literature and updated their findings, adding six more chemicals to the list. All eleven include:

The study pointed out some specific connections, like manganese to diminished intellectual function and impaired motor skills, solvents with hyperactivity and aggressive behavior, and certain types of pesticides may cause cognitive delays.

The researchers stated they believe even more neurotoxidants remain to be discovered, and labeled all chemicals together as contributing to a “silent pandemic” of neurobehavioral deficits that is eroding intelligence, disrupting behaviors, and damaging societies.

Oh-know how I’m always saying that the government just isn’t doing enough to protect us from these chemicals? The researchers agree. They wrote, “Very few chemicals have been regulated as a result of neurotoxicity.”

Although genetics are known to play a role in things like autism and ADHD, the researchers point out that genes account for only about 30-40 percent of the cases. This means that environmental factors-and more specifically, chemicals in the environment-are likely to be contributing to the majority of the diagnoses. Yet current regulations are extremely inadequate to address the issue.

The study calls for more testing of these chemicals, so we can better understand exactly how they are causing damage. The authors want to make testing mandatory on an international level. And while studies like these add to the evidence, they don’t outright prove that the chemicals are causing these brain problems. That makes it difficult to get regulations changed, because the powers that be require vast amounts of direct proof that this is causing that.

Scientists continue to try to provide this proof. In the meantime, parents have to do everything they can to cut down on toxin exposure. Here are some tips!

Do you have other suggestions for reducing your child’s toxic exposure? Please share your thoughts.