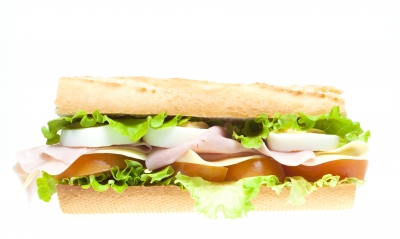 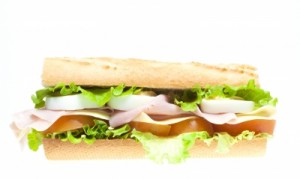 Long considered to be the “healthy” alternative to fast food, Subway has enjoyed a long stint as the chain with the healthy image. Even First Lady Michelle Obama has endorsed Subway for their “fresh” and “nutritious” meals.

When Vani discovered ADA-an industrial chemical used in synthetic plastics, leather, and as a food additive-in Subway’s breads, she decided enough was enough. She called on the public to sign a petition asking Subway to stop using the chemical, and in the process, caused a firestorm in the media.

Just what is ADA, and is it really dangerous?

This chemical has been dubbed the “yoga mat chemical” because it’s often found in yoga mats, but it’s also used to make flip-flops and other rubber-based products, in the manufacture of foam plastic, and as a “blowing” or foaming agent in the manufacturing of pipes.

A synthetic, crystalline powder, ADA is also and FDA-approved food additive, known as “E927,” that can be used at 45 parts per million. Bread and pastry companies use it as a flour-bleaching agent, because it makes bread look uniformly white. It’s also considered a “dough conditioner,” making the bread more elastic and better able to withstand shipping and shelf storage.

The FDA approved ADA based on a “comprehensive review of safety studies, including multi-year feeding studies.” Questions remain on the safety of this ingredient, however, particularly because of its widespread use. In fact, both Australia and Europe have banned the chemical as a food additive because of health concerns.

The World Health Organization (WHO) notes that at high exposures, ADA has been linked with respiratory issues and asthma in workers regularly exposed to it. The U.K. Health and Safety Executive also identified it as a respiratory sensitizer and a potential cause of asthma in workplace settings.

The Center for Science in the Public Interest (CSPI) has a bigger concern. According to them, when heated during baking, ADA breaks down into two toxic chemicals: semicarbazide and urethane.

The CSPI notes that “this is hardly a chemical that we need in our food supply.” They have urged the FDA to consider banning its use in food.

Following the foodbabe.com petition, the Environmental Working Group (EWG) released a report on ADA. They stated that ADA is “widespread in supermarket items as well as fast food.” They found nearly 500 foods containing the chemical, many of which were labeled to be “healthy” and “natural.” The list included over 130 different brands of buns, muffins, breads, bagels, pastries, pizza crusts, dinner rolls, and croutons.

According to their report: “One thing is clear: ADA is not food, as food has been defined for most of human history.  It is an industrial chemical added to bread for the convenience of industrial bakers.”

Fortunately, Vani’s petition has increased awareness about this potentially dangerous chemical. Subway has already stated that they will be removing it from their breads. Dunkin’ Donuts is evaluating its use in their products, and Starbucks is already transitioning to a new brand of products that don’t contain ADA.

Meanwhile, there are hundreds of other brands that contain ADA, including Wonder, Aunt Millie’s, Earthgrains, Farm Rich, Fiber One, Great Value, Hormel, Hungry-Man, Little Debbie, Marie Callender’s, and many more. So far, there is no indication from these companies that they are going to make changes.

To help protect you and your family, here are some tips:

What do you think about the use of ADA in our breads and pastries?