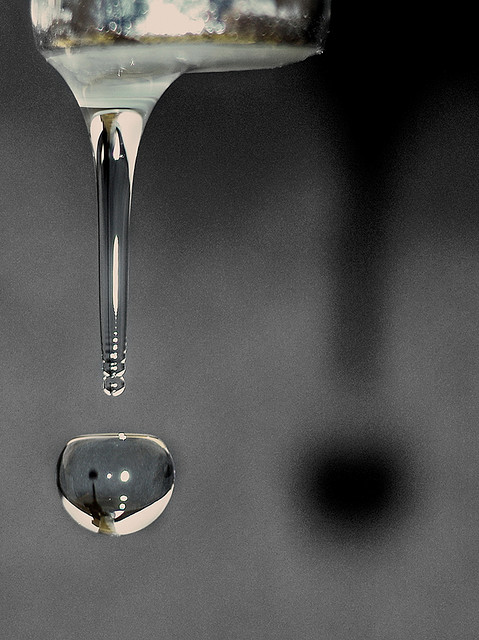 Do You Know What’s in Your Water? Carcinogen Chromium VI Found in Tap Water

I want to talk to you for a minute about chromium. A naturally occurring metallic element, it can be found in water, soil, and rocks, as well as in the food we eat-and according to a recent study, in the water we drink. Not a pleasant thought, as you’ll see when you keep reading.

All chromium is not the same. Chromium III (also called trivalent) is an essential nutrient necessary for our bodies to metabolize sugars and for enzyme reactions. You’ve probably seen this nutrient on your multi-vitamin label. The current recommended daily intake is 50-200 micrograms (mg).

This form of chromium has been classified as having low toxicity. The other most common form of the element, however-chromium VI (also called hexavalent)-is another story. This form has been classified by both the Federal and California EPA as a carcinogen. Short-term exposure via inhalation has been found to cause shortness of breath, coughing, and wheezing, while long-term exposure is associated with bronchitis, pneumonia, and other respiratory effects. Human studies have also found inhaled chromium VI to result in an increased risk of lung cancer.

You’ll find chromium VI in things like paints, primers, and other surface coatings. It’s used for the production of stainless steel, textile dyes, and leather tanning (chromate-tanned leather shoes can exacerbate contact dermatitis!). It can also form when one is welding on stainless steel or melting chromium metal. High temperatures tend to convert the original chromium to chromium VI-it’s like a by-product in many industrial processes.

To simplify: This is the same chemical charged with causing health problems in the Erin Brockovich story.

Here’s why I’m talking about this element. A study in 2010 by the Environmental Working Group (EWG) found measurable levels of chromium VI in the tap water of 31 out of the 34 American cities sampled. Those cities with the highest levels? Norman, Oklahoma; Honolulu, Hawaii; and Riverside, California. In all, water samples from 25 of the cities contained levels above the safe maximum recently proposed by California regulators (0.06 parts per billion).

The National Toxicology Program asserted back in 2007 that chromium VI in drinking water showed clear evidence of carcinogenic activity in laboratory animals, increasing the risk of gastrointestinal tumors. An additional animal study with oral administration of chromium VI found that the animals developed oral cancer, and two other studies found chromium VI to be toxic to developing embryos. According to the EPA, a study of villagers in China using chromium-VI contaminated well water (at high levels of 20 milligrams per liter) resulted in vomiting, oral ulcers, abdominal pain, indigestion, and diarrhea.

The amounts found in this study were small in most cases (though one city measured a level 200 times higher than the California-proposed limit), but it’s still disturbing to find that people are exposed to this dangerous chemical every day through the water they drink and bathe with and cook with. So far the EPA has not set a legal limit for chromium VI in tap water and doesn’t require water utilities to test for it. The EWG believes that should change, particularly after the findings of this study. Fortunately, the Obama administration said at the end of 2010 that it will investigate the element, and the EPA says it’s working on identifying and addressing potential health threats from long-term exposure. An independent scientific review is expected at the end of 2011.

In the meantime, what can you do? Forget bottled water-most of it is no safer than tap. Instead, the EWG recommends you buy an effective water filter. “It’s a step you can take yourself; you don’t have to wait for government action.” said Rebecca Sutton, a senior scientist with the EWG and author of the study. Look for either a carbon tap-mounted filter or pitcher, or a reverse osmosis filter. For ratings on the best water filters of 2010, check out the Metaefficient guide.

Have you bought a water filter for your home? Please share your story.