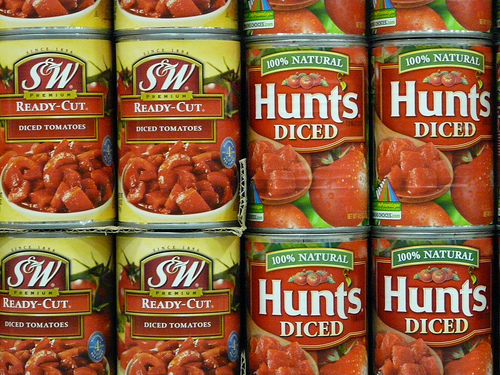 Canned food has been a staple of our American diets for decades, but concern over BPA contamination is rising. A recent test showed that levels of BPA in many good-for-you foods like vegetables and fruits are as high as those found to cause harm in animal studies. It’s time to get serious about monitoring your risks.

Unfortunately, this is one of those times when choosing organic or healthy foods won’t help. Canned foods tested included nutritious items like fruits, vegetables, beans, soups, tomato products, sodas, and milks, and were purchased from regular retail stores or were pulled from study participants’ pantry shelves. Results varied from product to product and from brand to brand. One can of DelMonte green beans had the highest levels of BPA ever found in canned food-1,140 parts per billion (ppb). On average, nearly all the cans were contaminated with 77 ppb. In contrast, the Environmental Protection Agency presumes BPA is safe at 50 ppb per day.

BPA is a chemical used to make plastics, as well as an ingredient in the material used to line metal food and drink cans. Unfortunately, it’s been linked to breast cancer because of its ability to mimic female hormones, as well as to prostate cancer, and has been found to have adverse affects on childhood development. Most of us are already walking around with some BPA inside us, as the Centers for Disease Control and Prevention found it in 93 percent of Americans tested.

“We found in our analysis that if someone is eating just one meal with at least one canned food product,” said Bobbi Chase Wilding of Clean New York, co-author of the report, “their levels of BPA are as much as those that have been shown to cause health effects in laboratory animal studies.” Senator Dianne Feinstein has introduced legislation that would ban BPA in cans, in addition to other food and beverage containers, but so far the Food and Drug Administration (FDA) has been slow to acknowledge the harm caused by this chemical or to regulate its use in food packaging. Still, this report has helped to spur many people into action.

“Anyone who reads this report would agree that getting BPA out of food is an urgent food safety issue that demands immediate congressional action,” said Janet Nudelman, policy director at the Breast Cancer Fund.

Until the government takes action, what can you do to reduce your risk of BPA contamination? Consider taking these steps:

Do you have other tips for avoiding BPA in food? Please let us know.