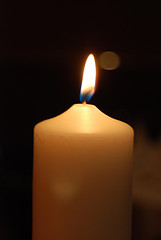 Author Robert Alden is quoted as having said, “There is not enough darkness in all the world to put out the light of even one small candle.” For some reason, that single, teardrop flame atop a cylindrical body of wax has the power to bring peace and tranquility into almost any atmosphere. Candles have become so popular, people are now going beyond the traditional uses for romantic settings and emergency lighting, and firing up the wick for meditation, relaxation, aromatherapy, and home air freshening. Scents range from the citrus-based orange mango and lemon dream to nature-reminiscent ocean spray and evergreen forest to sweet-treat cinnamon apple and chocolate cherry.

If you’re a candle lover, we’re not here to put out your light. We just want to warn you that it does matter what kind of candles you buy, as some can release harmful toxins.

Recent research from the South Carolina State University found that paraffin-based candles (paraffin is a by-product of petroleum) give off potentially toxic chemicals like astoluene and benzene. These substances are found in paint and varnish removers. The Environmental Protection Agency has labeled them to be probable carcinogens.

In addition to the danger of disease, other research has linked the smoke from scented candles to asthma and eczema. Though researchers said that lighting a candle now and then poses little danger, candles lit regularly-particularly in rooms with little ventilation like bathrooms and bedrooms-could be polluting the air you breathe. In fact, last year the American Lung Association issued a warning stating that candles are becoming one of the most common unrecognized causes of poor indoor air quality.

Besides the astoluene and benzene, some candles have metal-core wicks, which can release lead and other harmful toxins. Though candles with lead-core wicks have been banned in the U.S. since 2003, there are still some on the shelves, and many that are imported (from countries like China or Taiwan). “Some candle makers use metal-core wicks because cotton wicks are often limp and fall over into the wax,” said Jerome O. Nriagu, Ph.D., professor of environmental chemistry at the Universtiy of Michigan. The oils used in scented candles as well are often petroleum-based synthetics.

You can get around all these dangers by purchasing candles made of natural waxes like vegetable, soybean or beeswax, as they burn more cleanly. Watch the labels, as some candles may be only half beeswax and the other half paraffin. Be on the lookout for shiny metal wire inside wicks, and go for pure paper or cotton. Keep wicks trimmed to one-quarter inch, and avoid drafts, as they can blow more toxins into the air. Ask Dr. Sears recommends you avoid candles in jars as they don’t get enough oxygen and can cause toxic black soot. Finally, avoid heavily scented varieties and go for organic scented candles, which are typically scented by natural oils, not chemicals. Try Green Logic’s organic scented soy wax candles, or The Fine Cotton Company’s luxury organic candles.

Do you have a favorite brand of organic, toxin-free candles? Please let us know!