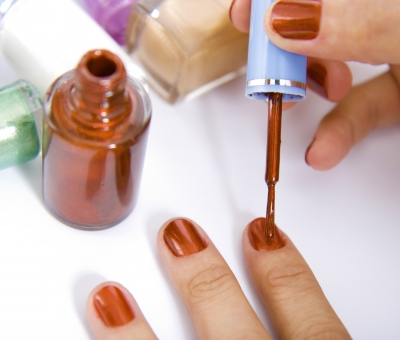 Could Your Hairspray and Nail Polish Cause Early Onset Menopause? 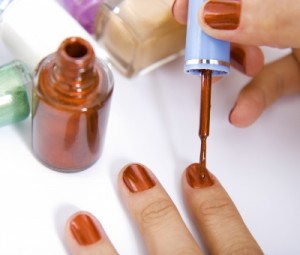 I posted a couple months ago that exposure to phthalates-chemicals in products like hair spray and nail polish-had been linked with an increased risk of diabetes.

Now, a new study shows that exposure to phthalates, through our cosmetics and other products, could cause us to go through menopause as much as 2.3 years earlier than we normally would.

Not only would that be inconvenient, but it could be dangerous, as early onset menopause can cause a number of other health problems.

Phthalates are chemicals used to make plastics more flexible and to help hair spray, nail polish, and perfume adhere to your hair and skin. They’re also used as solvents, to help dissolve materials into a solution. You’ll find them in hundreds of products, including:

Phthalates have been linked to all sorts of health problems, and have also been found to be widespread. According to the Centers for Disease Control and Prevention (CDC), researchers have found measurable levels in the general population, indicating that “phthalate exposure is widespread in the U.S. population.”

Further, the CDC states that adult women have higher levels than men do of phthalates used in soaps, body washes, shampoos, cosmetics, and other personal care products.

What the Study Found

Researchers from Washington University in St. Louis examined data from the National Health and Nutrition Examination Survey on 5,700 women. They found that those exposed to higher levels of phthalates were at a greater risk of starting menopause as much as two years earlier than the average age of 51, than women who had lower levels of phthalates. For some women, menopausal symptoms began as much as fifteen years early, while they were still in their mid-thirties.

Early onset menopause that occurs before the age of 40 increases risk of:

“Early menopause has a lot of impact on your health,” said Dr. Natalia Grindler, one of the authors of the study.

How to Reduce Your Exposure

More and more studies are linking these chemicals to serious health problems. Taking steps to reduce your exposure to phthalates is a no-brainer.

Are you concerned about how phthalates may be affecting your health? Please share your thoughts.