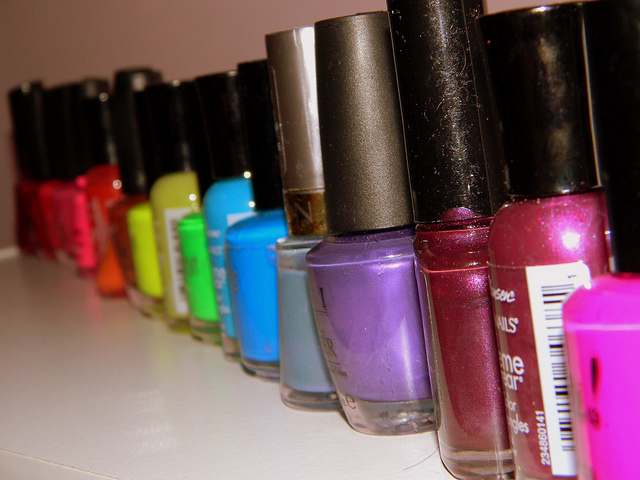 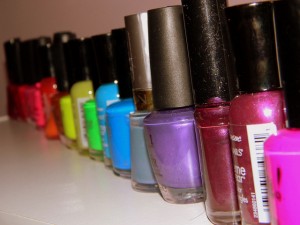 A recent study has discovered that even nail polishes labeled as “non-toxic” or as being free of certain potentially hazardous chemicals aren’t necessarily telling the truth.

The California Department of Toxic Substances Control (DTSC) sampled 25 nail care products available only from nail salons-twelve of which were labeled as being free of potentially harmful chemicals like toluene, dibutyl phthalate (DBP) and formaldehyde. Here are the results:

The agency said the products making toxin-free claims that actually contain toxins may violate state laws that require manufacturers to disclose harmful chemicals in their products.

The DTSC was particularly concerned about these three toxins because they are known as the “toxic trio,” and have been linked with developmental problems, asthma, and other illnesses. Nail salon workers are most at risk, because their level of exposure through inhalation is greater than that of customers, though customers may be at risk as well. Regulators also noted that nail salons are often poorly ventilated, increasing risk of significant exposure.

So serious are these health concerns that some cities, including San Francisco and New York, have passed ordinances to recognize those salons that use products free of the toxic three. Formaldehyde is a colorless gas that has been linked to leukemia and lymphatic cancers. Toluene makes the polish look smooth, but can lead to headaches, fatigue, and nausea. DBP is a phthalate that makes nail polish last longer, but has been linked to cancer in animal studies, and with reproductive abnormalities.

Which Products Were They?

Among the products said to be mislabeled were the following:

Hopefully this report will help to change the situation so these products are labeled more accurately. But until changes are made, what should you do? My suggestion is that you take your own products to the salon, or go to those salons in San Francisco and New York that are recognized as toxin-free salons. Realize that even those salons that attempt to carry healthier products may still unknowingly be carrying mislabeled brands.

Read my post for some natural nail polish brands, or let our readers know if you have a favorite!

Do you have a favorite non-toxic nail polish? Let us know!