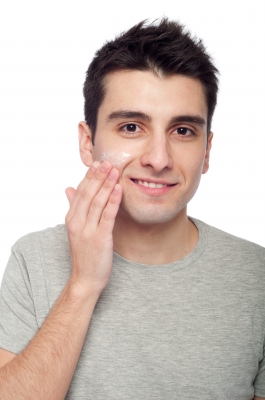 Used to be mineral oil was a popular moisturizer in skin and hair products. But lately, this ingredient has gotten a lot of bad press. What’s the problem?

What is Mineral Oil?

Mineral oil is a colorless and odorless oil that’s made from petroleum-as a by-product of the distillation of petroleum to produce gasoline. It’s long been used as a common ingredient in lotions, creams, ointments, and cosmetics. It’s lightweight and inexpensive, and helps reduce water loss from the skin.

Those of us who care about natural, nutritious products for skin don’t like mineral oil for several reasons. Here are my top three reasons to avoid it.

1. It may be contaminated with toxins.

Mineral oil is available in different grades. At the bottom of the list, so to speak, is “technical” grade, which is used to lubricate engines and equipment. The World Health Organization (WHO) has found that this unpurified form contains contaminants that have been linked in studies to an increased risk of cancer. A 2011 report by the National Toxicology Program, for example, stated, “Untreated and mildly treated mineral oils are known to be human carcinogens based on sufficient evidence of carcinogenicity from studies in humans.”

Cosmetics, on the other hand, use “cosmetic grade” mineral oil, which is more purified than technical grade. Studies have not linked this oil with cancer, but scientists have expressed concern about it. A 2011 study, for example, reported that contamination could be a relevant source of “mineral oil contamination.” Researchers stated, “There is strong evidence that mineral oil hydrocarbons are the greatest contaminant of the human body, amounting to approximately 1 gram per person. Possible routes of contamination include air inhalation, food intake, and dermal [skin] absorption.”

The went on to remove fat specimens from women who underwent cesarean sections, and also collected milk samples from the women after delivery. They found that both fat and milk samples were contaminated with mineral oil saturated hydrocarbons-and stated that these compounds likely accumulated over time from repeated exposure. “Cosmetics might be a relevant source of the contamination,” they stated.

An earlier 2008 study noted a similar concern about “mineral oil contamination,” and stated that it has “not been proven convincingly” that this contaminant can be tolerated without health concerns. “It has been shown that the molecular mass of the mineral paraffins [another name for mineral oil] resorbed by our body is higher than assumed by the safety evaluation of the European Food Safety Authority (EFSA). Further, probably a majority of the mineral oil products are not ‘white paraffin oils’: they easily contain 30% aromatic component, a substantial proportion being alkylated adding to the health risk.”

In lay terms, that means that these scientists are concerned that much of the mineral oil we are exposed to on a daily basis does contain contaminants that could affect our health. They’re also stating that this topic has not been sufficiently studied to really put our minds at ease.

Mineral oil is considered “comedogenic,” which means it can clog your pores and increase the risk of acne and blackheads. The more refined, the less comedogenic, but there’s no way to know (unless the company is willing to tell you) how purified the mineral oil is that’s in your product. The highest grade available is called “pharmaceutical grade,” or “mineral oil USP.”

Even this high grade of mineral oil can trap ingredients in your pores, however, because the oil is an “occlusive agent”-which means that it forms a physical barrier over your skin to reduce moisture loss. So if you already have bacteria on your skin (most likely), or if you have other ingredients in your product that can clog pores, even the most refined mineral oil will keep all of that close and tight to your skin, increasing risk of breakouts.

3. It doesn’t give your skin anything beneficial.

For me, this is probably the best reason to avoid mineral oil. Yes, it may contribute to body contamination, and it may make you break out. But most of all, it’s not doing anything for your skin. It’s not infusing it with nutrients. It’s not providing hydration that actually goes into the skin where it counts. It’s just sitting there on the top of the skin preventing moisture loss.

That may have been okay fifty years ago, but today we have so many better alternatives! We have natural plant extracts, nut butters, natural oils, and more that provide so many benefits, including essential fatty acids that plump up skin, antioxidants to fight free radical damage, and nutrients to help maintain skin firmness. Why settle for a film made from petroleum when you can do so much more for your skin?

Do you avoid mineral oil? Please share your thoughts.