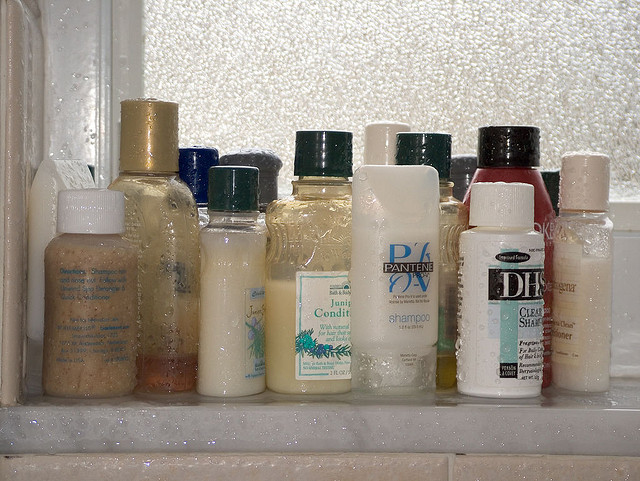 Is Sodium Lauryl Sulfate from Coconut Safer Than Regular SLS? 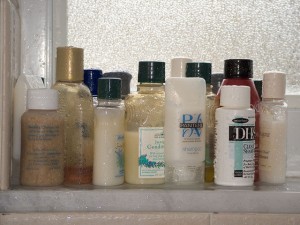 When I had finished a recent presentation on avoiding toxins in our world, we opened the phone lines for questions. One of the subjects that kept coming up was sodium laureth sulfate.

Several callers were looking at the ingredient labels on their products and asking, “Is it safer if it comes from coconut?” Or, “What about sodium oleic sulfate?” And, “What’s the difference between sodium laureth sulfate and sodium lauryl sulfate?”

What is Sodium Lauryl Sulfate?

To put it simply, sodium lauryl sulfate and similar chemicals are surfactants-cleaning ingredients. If you want to get chemical about it, they’re the result of mixing lauryl alcohol with sulfuric acid, and then adding sodium carbonate. The resulting ingredient is used in carpet cleaners, engine degreasers, car wash liquids, and machine wash detergents because it’s highly corrosive and can remove oil and grease.

These ingredients are also used in a wide variety of personal care products, including soaps, shampoos, body washes, toothpastes, cleaning products, and anything else we like to “foam up.” They lower the surface tension of water and act as dispersal agents, helping to properly mix the ingredients in fragrance oils and body sprays. These properties also make these chemicals popular in moisturizing lotions and sunscreens.

The Difference Between Lauryl and Laureth

These are the two most common types that you’ll see in personal care and cleaning products. Both are irritating surfactants. The difference is in how they’re processed.

Sodium lauryl sulfate (SLS) is a good cleaning product, but is a skin irritant. It can cause damage to the skin barrier/outer layer of skin by disrupting the function of skin proteins and causing itchy, cracked, and dry skin. In shampoos, this ingredient can increase risk of scalp irritation, stinging eyes, and tangled, split, frizzy, and dull hair. According to the Journal of the American College of Toxicology (1983, Vol. 2, No. 7) researchers noted, “The longer these ingredients stay in contact with the skin, the greater the likelihood of irritation, and in need of repair to the skin barrier, which may or may not be evident to the user.”

The study authors go on to note that sodium lauryl sulfate causes “severe epidermal changes” to the area of the skin where it was applied. They also said that the detergent tended to deposit heavily on the surface of hair follicles, and that, “damage to the hair follicle could result from such deposition.” Finally, they noted that 1–5 percent sodium lauryl sulfate produced “significant number of comedones,” which are, essentially, whiteheads or blackheads.

The researchers concluded that SLS “appears to be safe in formulations designed for discontinuous, brief use followed by thorough rinsing from the surface of the skin. In products intended for prolonged contact with skin, concentrations should not exceed 1 percent.”

What about sodium laureth sulfate (SLES)? Though very similar to SLS, it is slightly different. It’s also a surfactant, and is used in products for the same reason that SLS is. It’s less irritating to skin and hair, however. Why? Because of how they process it.

To make SLES less irritating, manufacturers put it through a process called “ethoxylation.” (That’s why the “eth” in the name-any name that has “eth” has likely been ethoxylated.) Essentially, this means that they add ethylene oxide to the mixture to modify the chemical compound.

Adding ethylene oxide to SLS, without getting into more complicated chemistry, reduces the irritation level of the ingredient. Many manufacturers use SLES rather than SLS for this reason-the ingredient is supposed to be gentler on the skin and hair. Because of this processing technique, however, SLES can be even more dangerous.

Basically, adding ethylene oxide to make an ingredient milder is a cheap short cut used by companies to avoid paying for more natural, nourishing ingredients. The problem is that ethoxylation produces a chemical called “1,4-dioxane” as a byproduct. 1,4-dioxane is a known cancer causing agent and a leading groundwater contaminant, according to the Environmental Protection Agency (EPA). It readily penetrates the skin, and is included on California’s Proposition 65 list of chemicals known or suspected by the state to cause cancer or birth defects.

Of course, shampooing your hair once or twice will likely cause you no harm. The problem is, we use products with these ingredients several times a day, every day. Check your ingredient labels. You may be surprised at how many products contain SLS or SLES.

Where Do They Come From?

What if the label says the ingredient comes from coconut?

What they’re talking about here is where they’re getting the raw materials-in this case, the lauryl alcohol. Getting back to chemistry, SLS is synthesized in the lab by treating lauryl alcohol with sulfur trioxide gas or chlorosulfuric acid. Lauryl alcohol can come from petroleum, but it can also come from coconut oil. The oil is put through an elaborate process, however, that liberates the fatty acids, then hydrogenizes the oil, then pulls out the lauryl alcohol.

No matter where the alcohol comes from, it’s still mixed with the other chemicals to produce SLS or SLES or other forms of the ingredient. The result is still a chemical that is a long way from the original coconut oil. We may feel better having something that originated from coconut oil rather than from petroleum, but that doesn’t mean the chemical will not be irritating to skin or hair, or that it will not be contaminated from manufacturing processes.

How can we be sure of the extent of the contamination? We have no way of knowing. Companies can “vacuum-strip” ingredients to take the 1,4-dioxane out, but you won’t find anything on the label telling you whether or not they did that.

The whole “coconut-derived” or “from coconut oil” or whatever verbiage you see on the label is a marketing gimmick to make you believe that somehow the ingredient is more natural. Don’t fall for it! Choose instead products that have REAL natural ingredients rather than chemicals they’re trying to pass off as “more natural.”

What About Different Types of Sulfates?

As we were discussing this issue on our call, people started asking, “Well what about this x-y-z-sulfate, or this tri-something-di-sulfate?”

It’s true that there are many other sulfates out there used in personal care products. As the public grows wise to SLS and SLES, manufacturers are switching to other types, again, hoping to fool us into thinking they’re watching out for our safety.

Sodium lauryl sulfate is also called sodium dodecyl sulfate (SDS). Sodium coco-sulfate is another very similar ingredient-the only difference is that instead of using just one lauryl alcohol to start with, they use a blend of fatty acids from coconut oil, react them with sulfuric acid, then sodium carbonate, to create sodium coco sulfate.

Other similar names include:

These are all named according to the particular isolated fatty acid used to start the chemical process in the first place.

This is a lot of chemistry to get into over just one ingredient. What really matters is the manufacturer. Are they using cheap chemicals and trying to pass them off as natural, or are they using truly natural ingredients that you can actually pronounce? Typically if you see one potentially harmful chemical like SLS or SLES, you’re going to see more, like formaldehyde-containing preservatives (ureas) and nitrosamine-forming agents (triethanolamine).

The key is not to think you have to become an expert at every chemical ever used in personal care products. Instead, find brands you trust. Find brands that have been conscious about safety from the beginning. Find brands that believe in using real natural ingredients that support skin barrier repair and protection.   Buy from them, and forget about it!