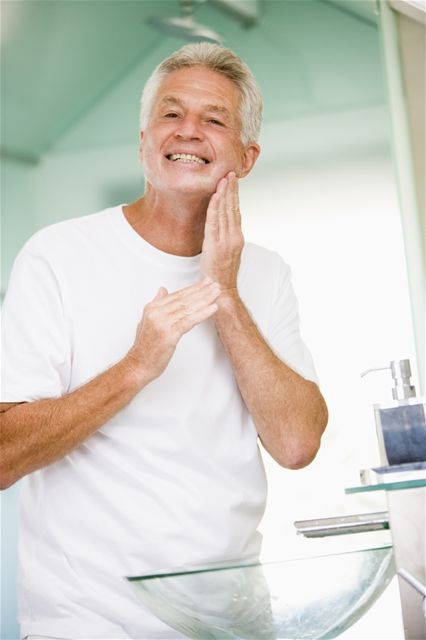 Could SLS in Your Cream be Making Your Eczema Worse?

Eczema is a notoriously difficult skin condition to deal with. Most people who suffer from it have some sort of cream that their doctor has prescribed or advised them to use, which may or may not provide some relief. As I have mentioned in other posts, however, even if your doctor recommends a product, it’s always best to read the ingredient list. To prove my point, a recent study found that using some emollient creams for eczema could make the condition worse‚ all because of one of my Ingredients to Avoid!

A study published in the British Journal of Dermatology (2010) showed that aqueous cream BP-one of the most widely prescribed emollients for the treatment of eczema-actually reduces the thickness of healthy skin over a period of four weeks by more than 10 percent, increasing water loss by 20 percent. Professor Richard Guy, one of the study authors, said the cream was likely to aggravate those dry, itchy rashes that people with eczema get.

What did the researchers think caused this problem? They stated the most likely ingredient was sodium lauryl sulfate (SLS).

What is Sodium Lauryl Sulfate?

SLS is a chemical compound used as a foaming agent in personal care products like body washes and shampoos, as well as in detergents and industrial products. In skin care, it’s often used to create a creamy, rich texture. In toothpastes, it has been found to increase the risk of canker sores or mouth ulcers, and is known to irritate skin with prolonged exposure. In fact, SLS is used in lab tests to purposely irritate and damage the skin’s outer layer.

It’s no surprise then that researchers believe the SLS in the aqueous cream is what caused the thinning of the skin. Professor Guy offered this conclusion: “Our study has found that rubbing aqueous cream containing SLS into the skin thins this protective barrier, making the skin more susceptible to irritation by chemicals. So to use this cream on exzemous skin, which is already thin and vulnerable to irritation, is likely to make the condition even worse.”

What to Use Instead?

This study shows how important it is to maintain that protective outer layer in skin. That layer is what keeps skin healthy and moist, and when it’s stripped or damaged, skin becomes dry and cracked. Compromised skin is even more fragile, as some of that outer layer has already been damaged. Therefore it becomes critical to read the ingredient list and make sure you’re using products that won’t contribute to that damage.

Those suffering from eczema may be better off using ointments rather than creams, and choosing products that contain safer ingredients. Check with your dermatologist, read the label, and consider trying Purely Shea 100% Organic Shea Butter, and Earthbound Organic Chickweek and Calendula Cream, or other similar nurturing products.

Have you found a safe product to use on your eczema? Please share!