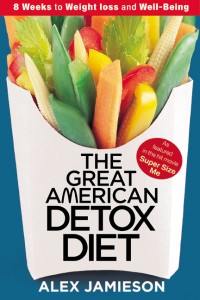 My friend, Alex Jamieson, a health and nutrition coach, built her career on being vegan for over a decade. The author of two books on the vegan diet, she espoused the wisdom of avoiding meat and choosing more fruits and vegetables to regain health, energy, and vibrancy.

People listened. A lot of people.

Then something happened. At the top of her career, Alex started feeling poorly. Her body started craving animal products like never before. She tried everything, but nothing worked-until she finally gave in.

The decision to add animal products back into her diet would help Ales feel better, but it didn’t resonate well with her friends, fans, or clients. In fact, it got so bad that Alex received scorching messages, emails, and even death threats.

In the face of all this, Alex stood tall and stayed true to herself-not an easy thing to do. I asked her to tell us more about her story, and how she had the courage to stand up to so many people. We all have times when we need to speak our own truth, but we don’t always do so for fear of what others may say. The price for that silence, however, as Alex says, can be a lot more severe than any embarrassment or short-term pain we may feel by speaking out.

From Vegan to Animal-Food Friendly

“I had written a few books on the vegan diet and nutrition,” Alex says. “I recommended people try the vegan diet to see if it might work for them, and said that it was absolutely a healthy way for people to live if it was appropriate for them.”

For a long time Alex practiced what she preached, but then her body changed. “I tried everything,” she says. “Fake meats, mineral-rich foods, but nothing worked. I started hating my body, and I’d never had that experience before. My menstrual cycle started getting shorter and shorter, sometimes every two weeks, and I’d never had any regularities before. Finally, I gave in.”

After she started to add animal products back into her diet, Alex started to feel better again. “My menstrual cycle evened out and my energy came back too. Best of all, I stopped hating myself for craving something that was actually helping my body to feel well.”

What About My Career?

Now that her body was back in business, Alex had another challenge ahead of her-how to handle her career.

“I ‘came out’ to a friend of mine who’s well known in the vegan world,” she says. “I said, look, this is what’s happening for me, and I’m feeling so confused. She told me I couldn’t tell anyone. ‘What about your brand?’ she said. ‘What about my body?’ I said.”

Alex did keep quiet for awhile longer, but eventually, she knew she was going to have to reveal the change she had gone through. She knew it was going to be tough. “I knew I couldn’t come out without a backlash,” she says. “But hiding your truth is like living under a cloud of shame. The stress of keeping something a secret is terrible for your body, and terrible for your soul.”

Fed up with the anxiety, Alex finally admitted publicly to having changed her diet. The fallout was painful. “Many personal friends ‘unfriended’ me on Facebook, and would no longer speak to me,” she says. “Others said terrible things about me online. Some even sent me terrible death-wish emails.”

Alex suffered through the first wave of reactions, but she didn’t falter. In fact, today, she’s used the experience to help others live their own truths-whether that be in their diets, or their lives as a whole.

Eating is Not a “Moral” Choice

Alex says she’s learned so much from her experience. “I had given the characteristic of ‘compassion’ entirely to the vegan community,” she says, “because they talk about being compassionate with animals and all. But I experienced a tremendous amount of negative energy from them community when I admitted my decision to change diets. I realized that this ‘morality’ about what we eat has caused us to become the most overweight, ill culture to have ever graced this planet.”

Instead of ascribing morals and principals to our diets, Alex says she now knows that listening to our bodies is the best way to stay healthy. “I’m not afraid to eat what my body needs,” she says. “I feel like I can trust my body. Eating is not a moral act. It’s a personal and a spiritual act. You’re not ‘wrong’ for eating anything. You’re not a bad person for eating what you need to eat, or even what you want to eat. And when we take the dogma and morality off our plate, we get that sense of relief. When we take the judgment off what we’re eating, we’re actually much more likely to choose foods that are better for us.”

Looking back, how does Alex feel about the decision she made? “I’m living in integrity,” she says, “and I also have a lot more compassion for people than I ever did. I know now that being honest about who you are and what you want and need in life is one of the healthiest things you can do for yourself.”

For more information on Alex and her health coaching, see her website.