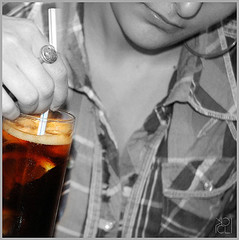 Sodas and Pancreatic Cancer: Two or More a Week Could Raise Your Risk by 87%

You may have heard the news. According to a recent study, two or more soft drinks a week were related to an 87% increased risk of pancreatic cancer.

At first glance, that seems like a huge increase, perhaps enough to make many of us swear off soda for good. (And that wouldn’t necessarily be bad!) However, studies like this can also frighten us, so let’s look at the results a little more carefully.

First of all, the average person has a very low risk of contracting pancreatic cancer-according to cancer.net, less than one percent. So even if that risk is doubled, it’s still low. However, the disease is estimated to kill over 35,000 Americans per year, so finding ways to reduce risk is still paramount.

How are these two diseases related? Let’s look at the function of the pancreas. A small organ in the upper abdomen, one of its jobs is to produce hormones like insulin to help regulate body sugar. The more sugar you eat, the more the pancreas has to produce insulin. Eat a lot of sugar, and you could “overwork” the pancreas. The fact that diabetes patients-who are unable to process sugar correctly, or even to produce insulin-face a higher risk of pancreatic cancer, further connects high blood glucose levels and risk of the disease. That tumor cells use more glucose (sugar) than other cells only thickens the plot.

In this study, scientists from the University of Minnesota tested soft drinks and sugar-sweetened juices-which both have a high glycemic load (ability to raise blood sugar)-to see if they raised cancer risk. They analyzed the Singapore Chinese Health Study, which consisted of over 60,000 participants followed for up to 14 years. Those individuals drinking two or more soft drinks a week had the higher risk of pancreatic cancer. Those drinking the  juice showed no such increased risk.

“Although this study found a risk,” said Susan Mayne of the Yale Cancer Center, “the finding was based on a relatively small number of cases and it remains unclear whether it is a causal association or not.”

There are many other risk factors for the disease. Age is one-according to the American Cancer Society, almost 90% of patients are older than 55, and the average age is 72. Men get it slightly more often than women, African Americans are more likely to have it than whites, risk is 2-3 times higher in smokers, family history can play a part, gene mutations may be to blame, exposure to certain pesticides and dyes can increase risk, cirrhoses seems to raise the odds, people with diabetes get it more often, and those who are overweight or fail to exercise are more likely to develop it.

As usual, the factors contributing to cancer are many, and soft drinks may be just one of them. The best takeaway from this news? Cut back on your sugar intake, overall. Americans consume way too much sugar on a regular basis, and there’s no doubt it’s contributing to disease-even if it’s just because it fosters obesity. According to “Nutrition Action” (January/February 2010), our intake of added sugars jumped by 20 percent between 1970 and 2005, which they say translates into about 400 calories-a lot more than most of us can afford. The authors recommend cutting back to 100 calories a day for women, 150 for men. Since one can of soda is 140 calories, wouldn’t you rather have a flavored yogurt or some agave nectar or honey on your oatmeal? You’d be a lot healthier for it, and you may lower your risk for cancer in the process.

Have you cut back on soda consumption as a result of this study? Please share your thoughts.