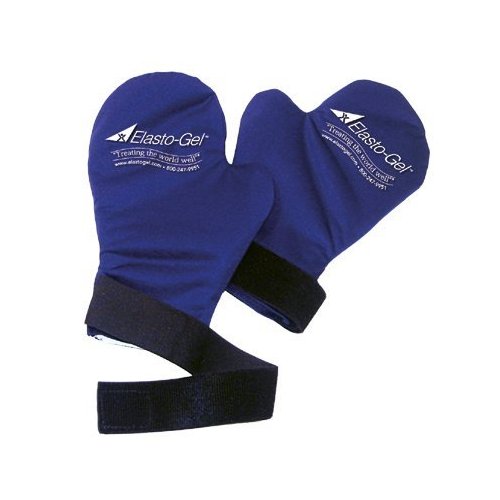 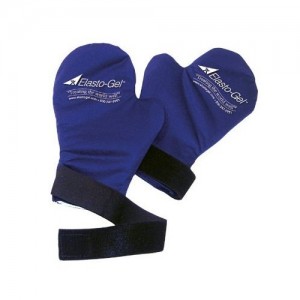 Darkened, fragile nails that can break and sometimes tear and fall off are often an embarrassing and difficult side effect of chemotherapy, say nothing of the dry skin, redness, and sores that can develop on your hands. For a long time we’ve heard that it “may” help to put your fingers in ice, cool water, or frozen vegetables during treatment, theoretically because the cold makes the blood retract from the fingers, exposing the nails to lower doses of the drugs. Well, now we have more evidence that this is a very good idea.

A clinical trial examined the effects on nails from “docetaxel,” a particular type of chemotherapy drug that is known to cause nails to become brittle or discolored in about 40 percent of patients, and to become infected in about 3 percent. Researchers gave over 40 cancer patients an “Elasto-Gel” flexible glove (made by Southwest Technologies, Inc.) to wear while they were getting treated, to see if it would have any effect on their nails. The glove contained glycerin to retain the cold, like a hand-shaped ice pack. Patients wore the glove on one hand for 90 minutes, before, during, and after intravenous infusion of docetaxel. Halfway through, the gloves were swapped for new ones to be sure they stayed cold enough. The other hand was left unprotected.

Here’s the exciting news: two-thirds of the gloved hands were free of skin problems! I’m not talking just nails here, but other common side effects too, like hand/foot syndrome and dry, oozing skin. Yet minor problems occurred in over 40 percent of the unprotected hands. Ann O’Mara of the National Cancer Institute’s Community Clinical Oncology Program said the results were “striking,” and over 80 percent of the patients said they were satisfied with the treatment.

I know your next question-can I get ahold of one of these gloves? The answer is yes. You can get one as easily as ordering it from Amazon. The bad news? It will cost you about $100. You can try the ice and frozen veggies instead, and they may work just as well-we just don’t know because there are no studies behind those methods. My guess is that what really matters is keeping your hands cold enough during the entire infusion. Ice melts, and veggies thaw. The researchers even swapped out gloves to keep the study participants’ hands cold enough.

If you want to protect your skin during treatment-and why wouldn’t you?-try this method, however you decide to do it. Have someone go with you and help you to keep replacing your ice, veggies, or gloves, so you keep them cool enough. It’s a small price to pay to escape the suffering caused by dark and infected nails, dry skin, and open sores on your hands.

Have you tried something like this to escape side effects on your hands? Please share your story.