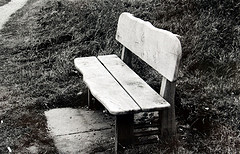 If you want to reduce your chances of getting cancer-or increase your odds of surviving it-don’t spend too much time alone. Scientists say isolation can hurt you.

In an animal study at the University of Chicago, social isolation and stress was associated with a 3.3-fold greater chance of developing breast cancer. Rats kept alone after they had contracted the disease had a 135 percent increase in the number of tumors, and a more than 8,000 percent increase in tumor size.

Look at those numbers again. A 135 percent increase in the number of tumors! And this isn’t the first time isolation has been linked with cancer. In 1986, “Science News” reported that feeling alone-whether truly alone or even when with friends-played an important role in elevating the risk of dying from cancer among women. Researchers from Wake Forest University Baptist Medical Center found that monkeys under increased social stress, potentially caused by isolation, were at a higher risk for uterine cancer. And scientists from Japan, in animal studies, also found that isolation stress enhanced tumor growth.

“Social isolation has been shown repeatedly to prospectively predict mortality and serious morbidity both in general population samples and in individuals with established morbidity,” says James S. House, Ph.D., University of Michigan. “The magnitude of risk associated with social isolation is comparable with that of cigarette smoking and other major biomedical and psychosocial risk factors.”

Even when we know about the risks, however, it can be difficult to reduce them. According to Gregory Rodriguez, writing for the “Los Angeles Times,” loneliness is something that’s happening to more and more people everyday-say nothing of cancer patients who are often at increased risk. “In 1985,” he writes, “when researchers asked a cross-section of Americans how many confidants they had, the most common response was three. When they asked again in 2004, the most common answer…was zero, nil, nada.”

Rodriguez says the pain of loneliness works much like any other pain in our bodies-urging us to pay attention, and fix the problem. Unfortunately, that’s not so easy-especially since loneliness seems to carry with it a certain amount of shame. “People are so embarrassed about being lonely,” says Jacqueline Olds, a psychiatrist who teaches at Harvard Medical School, “that no one admits it. Loneliness is stigmatized, even though everyone feels it at one time or another.”

Why are we lonelier than we used to be? Olds thinks it has something to do with the American notion of independence. We don’t want to appear needy, and assume neighbors and friends are too busy to be bothered. We also feel we should always be accomplishing something, rather than “wasting time” socializing. Some psychologists feel the Internet may be contributing as well, with Facebook and Twitter creating a false sense of intimacy that doesn’t replace real human, real-life contacts.

Whether you’re a cancer fighter or survivor, or just someone wanting to reduce your risk of the disease, how do you know if you’re suffering too much loneliness and isolation? First of all, tune into your own emotions and physical sensations, and ask yourself if you’re feeling the pain of loneliness. Different people react different ways to social isolation. Remember that what matters most is not someone else’s opinion of the amount of interaction you need, but your own. Second, realize that just because you live with others doesn’t exclude you from feeling lonely. Many people with spouses and children can feel isolated. Third, try answering the 10 questions of the UCLA loneliness scale, which psychologists often use to determine isolation risk.

If you do feel you may be too lonely for your health, make the effort to create social interactions for yourself. “Everybody thinks that socializing takes time and effort,” says Olds. “But it pays off. Socializing is energizing.” Here are a few tips to get you started.

Have you suffered from isolation? What did you do? Please share your thoughts.