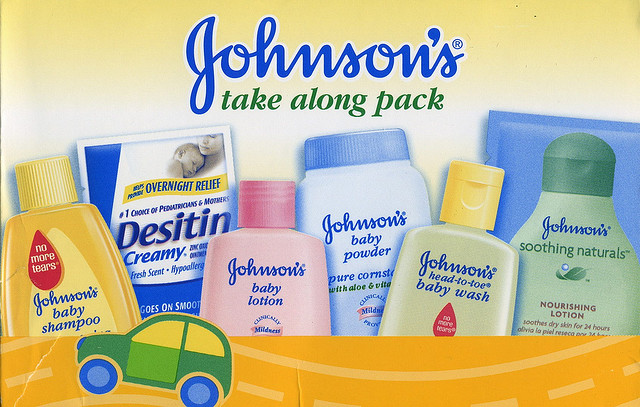 Friends, I’m here to tell you that when we put our voices together, we can make a difference. On August 15, 2012, we got proof of that fact.

I heard the news first from the Campaign for Safe Cosmetics. After that, it spread like wildfire through all the news stations and Internet news sites.

Johnson & Johnson (J&J), makers of products like Neutrogena, Aveeno, Clean & Clear, ROC, and Johnson’s Baby Shampoo, stated in a company announcement that they plan to remove a list of potentially harmful chemicals like formaldehyde from all their consumer products by the end of 2015. This will make them the first major consumer products company to make this type of commitment.

If you’ve been following this blog, you know that this is a HUGE step forward for all of us consumers who have been seeking out safer products. To have this large a products company finally start listening? That’s what we’ve been working so hard for.

Parents Filed a Lawsuit Over These Ingredients

You may remember that in 2009, we reported on a law firm that took Johnson & Johnson, Proctor & Gamble, Kimberley Clark, and other manufacturers to court because of concerns about children’s bath products being contaminated with formaldehyde and 1,4-dioxane, two products linked to cancer, allergic reactions, dermatitis, and other health hazards.

Unlike a lot of other potentially harmful chemicals used in personal care products, these two are particularly unsafe because they are not listed on the ingredient list. Instead, they are often produced during manufacturing processes as a result of reactions between other ingredients. They’re then released into the air or applied on skin when they’re used in family homes, creating unknown dangers. The U.S. Consumer Product Safety Commission was quoted as stating, “The presence of 1,4-dioxane, even as a trace contaminant, is cause for concern.”

Worse, the Campaign for Safe Cosmetics reported that most of the children’s bath products they tested were contaminated with these two chemicals. Children, with their smaller body size, are even more at risk from chemicals like these.

I don’t know the outcome of that lawsuit, but the efforts of that law firm and numerous concerned parents didn’t go unnoticed. Johnson & Johnson vowed to remove these two ingredients from all their baby products by 2013. Now they have added a commitment to remove these two chemicals plus others like phthalates, several fragrance ingredients, parabens, and triclosan-which have been linked to hormone disruption, birth defects, super antibiotic resistant bacteria, and breast cancer-from their adult products as well.

Why the change? Us! We’ve been asking for it. We’ve been taking our hard-earned dollars and spending it on products that don’t use these ingredients. J&J has noticed. “There’s a very lively public discussion going on about the safety of ingredients in personal care products,” said Susan Nettesheim, vice president for product stewardship and toxicology for J&J’s consumer health brands. “It was really important that we had a voice in that.”

The Environmental Working Group, who has performed many tests on personal care products, also seems to be excited about the news. According to the New York Times, Kenneth A. Cook, president of the group, stated, “We’ve never really seen a major personal care product company take the kind of move that they’re taking with this. Not really even anything in the ballpark.”

Let’s Get Everyone On Board

This is such a huge victory, we definitely should all be celebrating. Meanwhile, Lisa Archer, director of the Campaign for Safe Cosmetics, has vowed to continue pressuring other companies to follow in J&J’s footsteps.

Lisa asked me to request that Cinco Vidas readers to take five minutes today to demand that these other corporations like Estée Lauder, Proctor & Gamble, Avon, and L’Oreal commit to getting potential carcinogens and other toxic chemicals out of their products. You can help today by clicking here, and signing the organization’s letter making our plea to these corporations. Click here for instructions on how to spread the word on Facebook and Twitter.

Meanwhile, I just have to say it-what’s taken this company decades to do CV Skinlabs has done from the start. We use only nourishing and natural ingredients with no links to health hazards. With our products, you won’t have to worry about when we might be making the change, because we did it from the beginning! No formaldehyde, no 1,4-dioxane, no parabens, no phthalates, and we could go on and on. Experience what real, honest, good-for-you stuff can do for your skin by shopping now.

What do you think of J&J’s announcement? Do you think the other companies will follow suit?