1,4-Dioxane-Various Groups are Fighting to Get it Out of Our Personal-Care Products 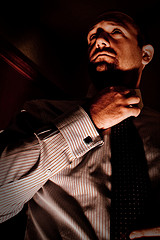 In a previous post, we talked about the Campaign for Safe Cosmetics study that revealed 1,4-dioxane in nearly two-thirds of children’s bath products tested. 1,4-dioxane-typically produced as a byproduct during manufacturing-has been linked to skin allergies and is considered by the Environmental Protection Agency as a probable carcinogen.

The danger is still out there, but we’re happy to report that a few people are doing something about it. In 2008, the Organic Consumers Association (OCA) conducted their own study and found 1,4-dioxane in leading organic personal-care products. In June of 2008, in part because of the OCA’s findings and in part because of their own studies, the state of California filed a major lawsuit against body care household-cleaning product companies whose products tested highest for 1,4-dioxane. California’s Attorney General alleged the companies should have put warning labels on their products telling consumers of the 1,4-dioxane content, since they knew it was present.

“These companies need to stop treating the inclusion of cancer-causing chemicals in their products as ‘business as usual…’” he said. And just as a reminder that you can’t always trust labels-many of the products tested claimed to be organic.

In New Jersey, a class-action lawsuit was filed against manufacturers of children’s bath and personal-care products in early summer of 2009. Again, the complaint alleges that the defendants manufactured, distributed, marketed, tested, and/or sold children’s bath and personal-care products containing formaldehyde and 1,4-dioxane.

In March of 2009, consumeraffairs.com reported that as a result of the Campaign for Safe Cosmetics study, over 80 families and more than 50 attorneys in China were planning to file a suit against the U.S. companies selling bath products contaminated with 1,4-dioxane. (Talk about embarrassing! Will this wake up our manufacturers?) A major Chinese supermarket suspended sales of some of the products tested. Later that same month, the Vietnamese Drug Administration announced it would begin testing similar products.

The OCA has put out a “Myth vs. Fact” sheet on 1,4-dioxane. Here are a few of the interesting points they make:

Have you noticed any actions against 1,4-dioxane in your area? Please let us know.

Photo courtesy The Doctr via Flickr.com.