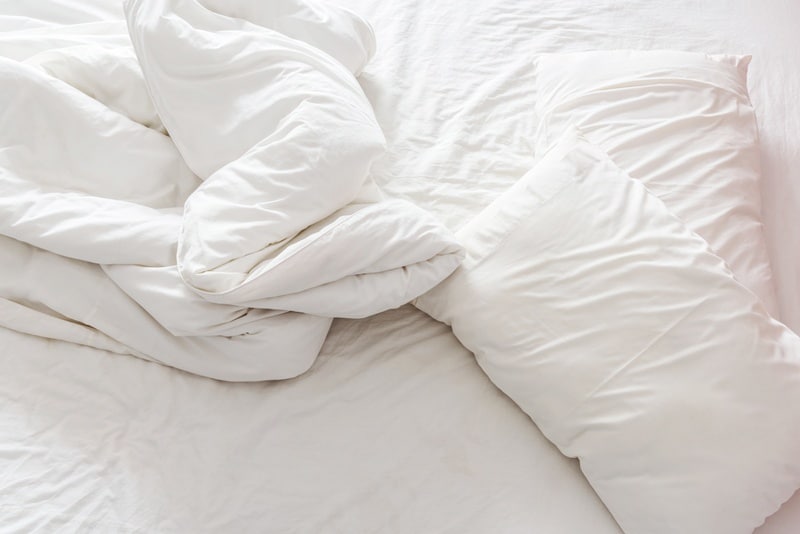 Why Your Poor Night’s Sleep Could Make You Look Older

Last week I talked about my top 10 resolutions for beautiful skin in 2016.

The one I’m working on right now? Getting more sleep.

We all know that when we’re tired we just don’t look as good as usual. We have bags under our eyes, our skin looks dull, and usually our expression matches.

Recent research has shown us how important sleep is to our health. Studies have linked regularly getting fewer than 5-6 hours with reduced cognitive ability, heart disease, stroke, diabetes, sleep apnea, high blood pressure, depression, and memory problems. Some studies have even found that poor sleepers die sooner than quality sleepers.

In 2010, for example, researchers reviewed a total of 16 studies involving over a million participants and found that short sleep duration was associated with a greater risk of death.

Perhaps even more surprising, though, is what a lack of sleep can do to our appearance, and I’m not just talking about bags under the eyes. One study reported that a bad night’s sleep for just a few days can actually increase the appearance of fine lines and wrinkles, as well as hyperpigmentation.

Another study found that sleep loss affects the skin’s ability to repair itself, disrupting the outer barrier and accelerating skin aging.

Want good skin this year? Join me in committing to a good night’s sleep tonight and every night!

Imagine 60 women between the ages of 30 and 49, and half of them report that they don’t sleep well. Researchers took a group just like this and decided to study their skin, very carefully.

They put the skin through a thorough evaluation, conducting several challenge tests, including exposing it to UV rays and disrupting the outer barrier. They then added up the “scores” on each of these tests to come up with an overall “skin aging” score, which included measurements of things like fine lines, uneven pigmentation, slacking of the skin, and reduced elasticity. A higher score translated into an older appearance.

They found the following results:

Dr. Baron, Director of the Skin Study Center at UH Case Medical Center and Associate Professor of Dermatology at Case Western Reserve University School of Medicine stated: “Our study is the first to conclusively demonstrate that inadequate sleep is correlated with reduced skin health and accelerates skin aging. Sleep deprived women show signs of premature aging and a decrease in the skin’s ability to recover after sun exposure.”

“Beauty Rest” is More Than a Saying

“Daily Mail” reporter Sarah Chalmers was one of the women who took part in the study. After being sleep-deprived for a few days, she said:

“I look much older than my 46 years. My eyes have dark rings underneath and my skin is lackluster, with pores so enlarged I can see them from a distance. To top it all off, a couple of spots are beginning to develop on my chin.”

Why would sleep have such a dramatic effect on skin? There are several reasons:

Add all these together over a period of several days and you can see how a lack of sleep can really wreak havoc on your appearance.

Poor Sleep Affecting a Lot Of Us

Unfortunately, more and more of us are not getting the sleep we need. According to the Centers for Disease Control and Prevention (CDC), insufficient sleep is so widespread as to be categorized as a “public health problem.” According to from a 12-state survey showed that over a third of participants were getting less than the recommended seven hours of sleep a night.

The National Sleep Foundation reports that 45 percent of Americans say that poor sleep affected their daily activities at least once in the past seven days.

So in the name of good health and good skin, won’t you try to get 7-8 hours most nights this year? Here are some tips to help you do that:

Do you have trouble getting your 7-8 hours a night? Please share any tips you have with our readers.

Sarah Chalmers, “What six hours sleep a night does to your face: Unique experiment reveals how having two hours less than the recommended eight can ravage your skin,” Daily Mail, May 17, 2015, http://www.dailymail.co.uk/femail/article-3085446/As-study-shows-women-dont-sleep-unique-experiment-reveals-six-hours-sleep-night-does-looks.html.