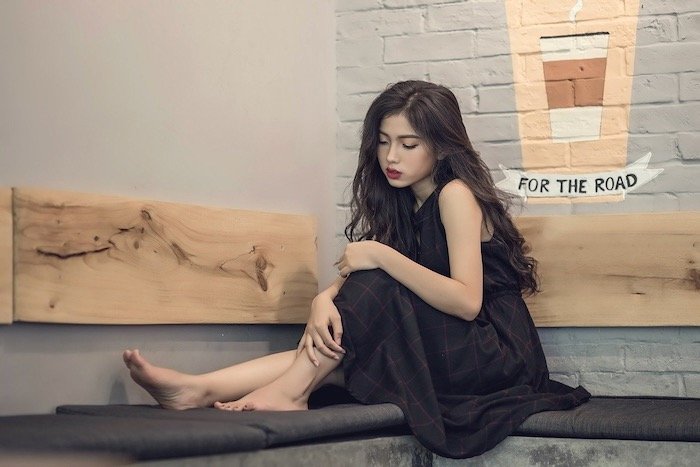 What You Need to Know About Mental Health and Skin

Do mental health and skin go together?

You may have thought so at one time or another.

No doubt you’ve experienced the occasional acne breakout when you were stressed or depressed.

What you may not know is that scientists have found more evidence to support this connection in recent years. Indeed, it seems that taking care of your mental health is a good way to take care of your skin, too.

How Mental Health and Skin Go Together

Unfortunately, less than half of U.S. adults with mental illness received treatment in 2019.

Some of the most prevalent mental illnesses include:

Recently, our lives have been significantly altered by the pandemic. Children, parents, health care workers, and older adults have been under significant stress for over a year now because of it. For many, these changes have taken a high toll on mental health. We’ve all heard of the increases in problems like anxiety, depression, and suicide, meaning that more people than ever are dealing with these issues.

Living with a mental illness doesn’t only affect your mind and emotions. NAMI notes that people with depression, for example, have a 40 percent higher risk of developing cardiovascular and metabolic diseases than the general population.

Those living with a mental illness may also find that it affects their skin. 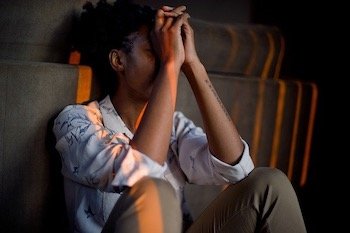 Mental Health and Skin: When a Mental Illness Hurts Your Skin

According to the American Psychological Association (APA), there is a strong link between the skin and psychology.

Consider one simple psychological emotion: embarrassment. What happens when you feel embarrassed? Your skin flushes, right? At least it does in many people, clearly illustrating the effect your thoughts can have on your skin.

So convinced are scientists of this connection that there is now a new field of study called “psychodermatology,” which combines the fields of psychology with dermatology to help create more holistic solutions for patients.

Psychologists are now getting involved in investigating how mental illness and other psychological issues can play a role in skin conditions like acne, psoriasis, eczema, hives, and more.

They’re also involved in helping patients deal with the psychological effects of these conditions, as it’s well known that conditions like acne and psoriasis can affect a person’s confidence and self-esteem.

We now have three types of psychodermatology disorders:

For the remainder of this article, we’ll focus on the first of these: skin problems affected by mental illness.

That your mental health can affect the health of your skin makes sense, right? After all, how you feel mentally affects your entire being—including your body, your energy, and even your hair. We shouldn’t be surprised that there is a strong connection with the skin as well.

For years, however, scientists weren’t sure about this. Some even outright denied that a mental illness could ever be a factor in a skin condition like dermatitis.

Now, such denials are a lot rarer because we have more evidence supporting this connection. In a 2020 review, for example, researchers carefully examined what they called the brain-skin connection, and noted the following:

In an earlier review, researchers reported that the skin is not only a victim of psychological stress, but it also actively participates in the stress response: “There are also feedback mechanisms and crosstalk between the brain and skin,” the scientists wrote, adding that chronic stress can have a detrimental effect on skin aging.

One of the main ways that mental illness can damage skin is through inflammation. The skin has its own immune cells, and these can be activated by stress so that they produce inflammation, potentially causing redness, hives, acne, flare-ups, and more.

In a third study, researchers again noted that the brain-skin connection was a factor in allergic and inflammatory skin diseases, “triggered or aggravated by stress.” And in a 2009 study of over 6,600 women, researchers found that depression symptoms and stress were significantly associated with skin problems.

Mental Health and Skin Connection Stronger in Some Than Others

In an article published in the AAD Reading Room, dermatologists noted that some people may be more affected by the skin-brain connection than others. They called those whose skin was greatly affected by stress and mental illness to be “stress responders” and those who were less affected to be “nonstress responders.”

John Koo, M.D., professor of dermatology at the University of California, San Francisco’s Department of Dermatology, noted that 70 percent of patients with atopic dermatitis, for example, responded to an emotional trigger that almost immediately resulted in flare-ups.

Tips to Care for Your Mental Health and Skin

If you suffer from some type of mental illness—or even if you’re just going through a period of extreme stress—try the following tips. They can help reduce the effect that your mental state has on your skin. 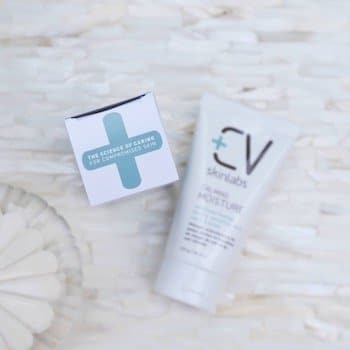 Inflammation is the number-one problem when it comes to the brain-skin connection. Few would argue that the symptoms of mental illness are stressful—and that stress can trigger inflammation in the skin.

Therefore, it helps to take preventative steps to ease inflammation:

Stressed skin suffers damage that can compromise the outer barrier, and that causes your skin to lose more moisture every day. The more moisture you lose, the more dry and damaged your skin will be.

Choose a moisturizer with natural ingredients that will penetrate the skin to moisturize deeply while at the same time, repairing the outer barrier. We suggest our Calming Moisture and Body Repair Lotion. They both contain our Tri-Rescue Complex, which reduces inflammation and helps protect the skin from environmental elements. They also contain natural oils that help deeply moisturize and plump skin.

This is often easier said than done, particularly when you’re suffering a mental illness. Take steps to address that illness first. Talk to your doctor or psychiatrist, and adhere to their treatment recommendations.

Then work to adopt a daily stress-relieving technique. The following are all good options:

It can also help to use the time you spend caring for your skin as a quiet, stress-relieving time. Check out our post, “How to Turn Your Skin Care Into Stress-Relieving Self-Care.”

4. Have a Coping Technique Ready

With most mental illnesses, some times are worse than others. When you feel your stress starting to increase, have some coping techniques ready. You may want to talk to your doctor about these. What can you do at the moment to help you reduce your stress?

5. Keep Your Appointments with Your Psychologist

Cognitive behavior therapy—regularly seeing and talking with a psychologist—has been found in studies to help treat not only mental illness but the skin conditions that may accompany them as well.

In a 2002 study, for instance, scientists found that in patients with psoriasis, cognitive behavioral therapy significantly improved the clinical severity of psoriasis during a six-week course of treatment and for at least six months afterward.

How do you manage the skin effects of mental health problems?