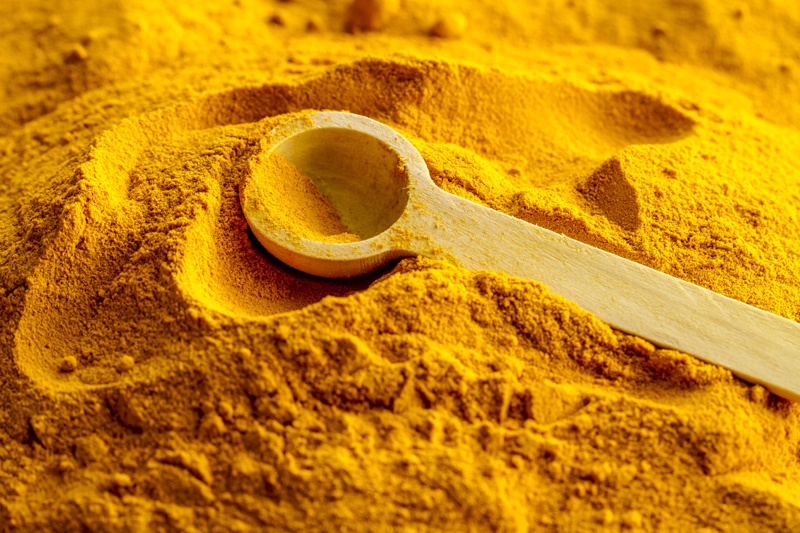 What May Protect You from Heart Disease, Cancer, and Wrinkles?

Who would have thought that a simple spice could do so much for our health, and our skin?

Several years ago, few suspected that turmeric, the main ingredient in curry, could potentially lower the risk of heart disease, protect us from dementia, kill cancer cells, ease arthritis pain, improve depression, and even help delay aging. Recent studies have indicated this little orange spice may do all that and more.

You may be surprised to learn that we use turmeric as part of our Tri-Rescue Complex in all of our CV Skinlabs products. We knew years ago that this spice was on its way to superstardom in the health and skin care industries. Today, research continues to discover more about what turmeric can do, and it’s really exciting to imagine how we may be using it in years to come.

Turmeric (Curcuma longa) is a perennial plant in the ginger family, and grows naturally in southwest India. The part of the plant most often used for medicinal reasons is the rhizome or root of the plant, which grows horizontally underground. Shaped somewhat like a potato, this root is typically boiled, dried, and ground into an orange-yellow powder for use as a spice. The rhizomes can also be used to plant new turmerics.

Though the spice contains a number of potentially healthy ingredients, curcumin is the most studied so far. Other ingredients include oils like turmerone, atlantone and zingiberene, as well as some sugars, proteins, and resins.

The spice is widely used in South Asian and Middle Eastern cooking, and is also widely grown and used for its color.

One of the most exciting areas of research on turmeric is for brain health. Research has shown that India, where they use curry all the time, has a low incidence of Alzheimer’s disease. Studies on curcumin have found it to be an anti-inflammatory and antioxidant-two properties that help protect the brain as well as many other areas of the body.

We still need more research to determine just how effective curcumin may be in helping to prevent or treat dementia, but the early results are intriguing, and show how powerful this spice can be.

There are a number of other ways that turmeric may benefit our health. From what we know so far, it may:

As we look at the studies, we can see some evidence as to how turmeric may benefit skin. The anti-inflammatory and antioxidant properties alone could help reduce psoriasis and rosacea flare-ups, tame acne breakouts, and protect skin from environmental assaults.

There are some studies on turmeric and skin specifically, though. Here’s what they found:

Talk about powerful! If you’d like to try turmeric for yourself, check out our products at CV Skinlabs. Then you may want to consider using a bit more of it in your cooking tonight!

Have you experienced the benefits of turmeric in your life? Please share your story.