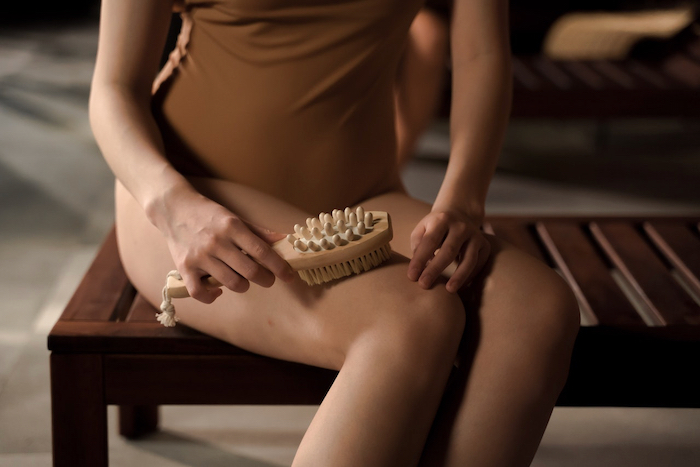 How to Reduce the Appearance of Cellulite On Your Body

How do you reduce the appearance of cellulite?

During the warm summer months, you want to wear those dresses and shorts, but when you put them on, there’s that cellulite staring at you.

Is there anything you can do?

How to Reduce the Appearance of Cellulite: What Is Cellulite?

Cellulite is a harmless skin condition that can affect anyone, regardless of weight. It often appears on the thighs, knees, stomach, and buttocks, and makes the surface of the skin look lumpy and puckered, or to appear dimpled. The condition affects far more women than men—about 90 percent of women and only 10 percent of men.

Though many people believe cellulite is caused by fat, that’s only partly true. You don’t have to be overweight to have cellulite. Instead, it’s more about the structure of your skin.

Cellulite develops because of an interaction between the connective tissues in the middle level of the skin and the fatty layer that sits just below it. As we age, collagen production slows down. Collagen is what gives skin its strength and structure. As we produce less collagen and the collagen we have becomes damaged, fat cells start protruding through the collagen structures, forming those lumpy bumpy areas.

Women tend to get cellulite more often than men because of a difference in the skin structure between the genders. In women, collagen forms a picket-fence-type structure in the skin. In men, it looks more like a cross-linked fence. That cross-linked structure is stronger and holds in fat much better, which is why the fat can’t push through in men as easily as it does in women.

There are additional differences between men and women concerning the way fat is produced and broken down. Hormones are thought to play an important role in cellulite development, particularly as women approach the age of menopause. A woman’s body is evolutionarily designed to preserve fat more than a man’s body, which makes it more likely that the fat will eventually form some areas of cellulite.

Age also causes the skin to become less elastic, thinner, and more likely to sag. This increases the risk of cellulite developing.

Fortunately, cellulite doesn’t hurt your overall physical health. You may not like how it looks, though, and wish you could make it less noticeable. 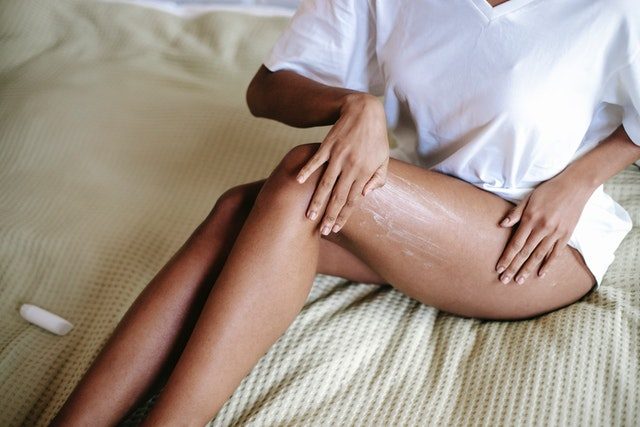 How to Reduce the Appearance of Cellulite: 7 Tips

You typically can’t get rid of cellulite completely once you have it. But you can take some steps that will improve its appearance.

1. Eat a Healthy Diet and Exercise

People who eat too much fat, carbohydrates, salt, and sugar are likely to have greater amounts of cellulite—often because they do have more fat cells in the skin. The more you can eat healthy, wholesome foods, the less likely you will be to produce an excess of these fat cells.

It’s also important to move more throughout the day. Those who sit or stand in one position for long periods are more likely to have cellulite. A lack of muscle tone can make cellulite look more noticeable, so regular strength training—which is good for your overall health—may also help reduce the appearance of cellulite.

Some studies have shown that aerobic exercise, too, can reduce the appearance of cellulite. It not only helps keep body fat levels lower but improves circulation, which keeps skin and connective tissues healthier.

Reduce the Appearance of Cellulite 2. Don’t Smoke or Quit Smoking

Smoking is harmful to the connective tissues in your body—including the collagen in your skin—and will break the tissues down more quickly than usual. This will make it easier for the fat cells to break through and cause cellulite. Stopping smoking can help you restore the skin’s condition.

Some studies suggest that increasing the intake of collagen in your diet may help to improve the appearance of skin and cellulite. Your body makes collagen on its own, but as you age, it makes a little less every year.

In a 2015 study, researchers found that women aged 24-50 years with moderate cellulite who received a daily dosage of bioactive collagen peptides experienced a significant decrease in the degree of cellulite and a reduced skin waviness on their thighs. They also improved the density of their skin, meaning that it became stronger.

The effects of the supplements produced more noticeable results in normal-weight women than overweight women, but both groups experienced some improvement.

4. Talk to Your Dermatologist

The American Academy of Dermatology (AAD) has reviewed several techniques that may help reduce the appearance of cellulite by breaking up the bands of connective tissue under the skin’s surface. Talk to your dermatologist about whether any of these may work for you. Do keep in mind that they may have side effects. 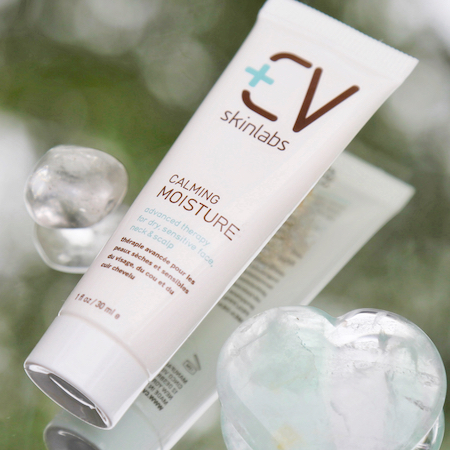 Reduce the Appearance of Cellulite 5. Look for Caffeine and Retinol

These two ingredients have been shown in some studies to act on fatty tissues.

Caffeine, for instance, dehydrates cells, making them less visible. There are various caffeine creams for cellulite available that you can purchase that may temporarily reduce the appearance of cellulite. They would need to be applied daily.

Retinol, because of its ability to thicken the skin, may also reduce the look of cellulite over time. You have to use it for at least six months, though.

Finally, because cellulite is ultimately a condition caused by the breakdown of the skin’s structure, taking care of your skin regularly may help. It’s likely that the areas where the cellulite is showing up—your thighs, arms, buttocks, or stomach—haven’t received the best of care over the years. We tend to focus on our faces and hands.

But it’s never too late to start. Use a skin brush daily on the affected areas, then apply our Body Repair Lotion immediately after showering or bathing to lock in moisture. This is a lightweight, antioxidant-rich lotion that delivers a multitude of benefits, helping improve crepiness, sun damage, and dehydration, leaving skin smooth and glowing.

Properly moisturizing your skin with a nourishing product like ours can help to delay the destruction of the collagen fibers, while promoting healthy skin that will be less likely to break down and allow cellulite to form.

How do you reduce the appearance of cellulite?