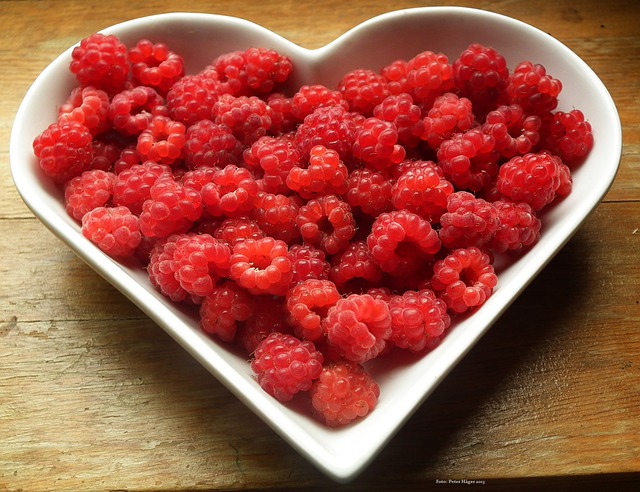 Could Collagen Hold the Key to Smooth Skin and a Healthy Heart?

You’ve heard of collagen in your skin. Like a netting of tissue fibers, it helps hold the skin together, and when we’re young, provides that taught and tight look.

As we age, our production of collagen slows down, which is why we get that sagging and bagging. Many skin care products these days include collagen as well as collagen-boosting nutrients like vitamin C and copper in an effort to boost collagen production and keep skin looking younger, longer.

Recently, however, there’s been talk of taking supplements to boost collagen production not for the skin, but for heart health. Have you heard about this? In fact, scientists are discovering several new things about collagen that may have an impact down the road on heart disease, cancer, arthritis, and other health issues.

Collagen is a type of protein, a natural substance in the body that helps form connective fibers in tissues such as skin, ligaments, cartilage, bones, and teeth. It acts like glue between cells to give support, shape, and bulk throughout the body, even in blood vessels and organs like the heart, kidneys, and liver.

In the skin, collagen forms a type of netting on which new cells can grow. That netting starts out smooth and strong, but as we age, we naturally produce less collagen, so we don’t have as much and the netting weakens. In addition, things like UV exposure, pollution, stress, poor diet, and other factors damage that netting, pulling, stretching, and breaking it down so that it loses its evenness and firmness. That’s what causes fine lines and wrinkles, as well as sagging and bagging.

But we have collagen throughout the body, which means that as we age, the slow-down in production affects more than just the skin. We may start to notice stiffness in our joints, tendons, and ligaments, which is often the result of a loss of collagen. Those with inflammatory bowel diseases (IBDs) like Crohn’s and ulcerative colitis often have decreased blood levels of collagen, as collagen typically helps soothe the gut and heal damaged intestinal walls.

Peeling, splitting nails may be caused by lack of collagen, since it is the building block of fingernails, hair, and teeth. But perhaps most importantly, collagen helps keep the inside of arteries and veins smooth, and is also abundant in the muscle tissues of the heart.

Researchers are now looking into the idea that a lack of collagen may be contributing to the number-one killer of Americans today: heart disease.

You’ve heard of artery narrowing, or atherosclerosis, and how that can increase your risk of blood clots, heart attack, and stroke. Scientists have long thought that arteries narrow because of an excess of cholesterol, which hardens and forms a plaque inside the artery, gradually narrowing it like an old garden hose full of gunk.

This makes the heart work harder to pump blood through the narrowed arteries, raises blood pressure, and increases risk of heart attack. The arteries and blood vessels become stiff during the process, too, rather than remaining smooth and flexible as they were in their youth.

But recent studies have called the whole cholesterol idea into question. A study review published in 2016, for example, noted that there was no link between LDL “bad” cholesterol and mortality. The authors called for a re-evaluation of the guidelines for the prevention of cardiovascular disease and atherosclerosis.

An earlier study the same year noted that egg or cholesterol intakes were not associated with an increased risk of coronary artery disease, even in highly susceptible individuals. These and other studies have caused some scientists to reconsider what is really causing plaque buildup in arteries and increasing risk of heart disease.

If it’s not a high intake of cholesterol causing the problem, what is?

How is Collagen Involved in Heart Health?

There are a number of theories being explored, but one was put forth by researcher and two-time Nobel Prize winner Linus Pauling in the late 1980s. He noted that vitamin C, along with the amino acids proline and lysine, were essential for the formation of healthy collagen, which keeps blood vessels strong. If we don’t have enough of these nutrients, we may be low on collagen throughout the body.

Pauling theorized that the plaque deposits that build up in the arteries were not the cause of heart disease, but were the result of the body trying to repair the damage caused by long-term vitamin deficiency. Whereas collagen would usually repair blood vessels and arteries, without enough of it, the body turns to other methods, such as plaque patches.

Other researchers confirmed that plaque forms only in areas of the arteries that become damaged, and animal studies showed that when vitamin C levels were reduced, collagen production dropped and blood vessels became thinner and weaker. The animals’ bodies responded by increasing blood levels of lipoprotein and forming plaque deposits.

Animals who manufacture their own vitamin C, by the way, have been found to be basically immune to heart disease.

Could it be that we might risk of heart disease by getting more vitamin C and other nutrients that encourage the production of collagen?

We don’t know yet. So far, this is just a theory, but it is an interesting one, and it does seek to explain why the whole cholesterol/heart disease theory doesn’t seem to be holding up.

Either way, it seems it may be wise to boost collagen production in your body as you age, both for your skin and your heart. Your joints may also benefit.

Pauling suggests regular supplements of the following (always check with your doctor before starting on any new supplements):

You can also increase collagen production with your diet. Try to eat more of:

What do you think of the collagen-healthy heart connection theory?