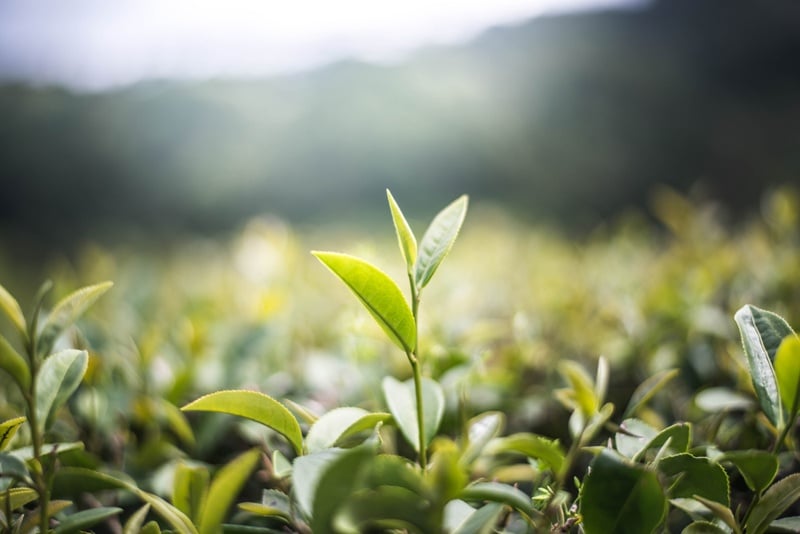 7 Cosmetic Ingredients that are Bad for the Environment

In honor of Earth Day (April 22nd, 2016), I wanted to remind our readers of those ingredients in personal care products that are known to harm the environment.

Turns out that chemicals in standard sunscreens, shampoos, and body washes can hang around in our waterways and soil for a long time, and many of them harm fish and wildlife.

I know that you, like me, want to do everything you can to preserve our planet for generations to come. Check your ingredient list for these items, and if you see them, shop for more eco-friendly alternative. (We have a handy list of places to shop for safer cosmetics and skin renewal.) You can also find better options at most whole foods and other natural and organic stores, and of course, at CVSkinlabs.com!)

Many of today’s exfoliating face and body washes use polyethylene-a plastic substance-to create scrubbing beads. Unfortunately, unlike natural and organic products that use sea salts and other natural ingredients to exfoliate, these products give you the illusion of natural exfoliation while polluting our rivers and lakes.

According to a scientific survey, the tiny bits of plastic found in cosmetic products are gathering in Lake Erie, Lake Superior, and more, and are considered one of the newest and most concerning environmental dangers. You’ll find them not only in your body and face washes, but also in toothpaste, sunscreen, lip gloss, eyeliner, shampoo, deodorant, and soaps. They are not only used for exfoliating the skin. They can also make products feel creamy on the skin, and help fill in wrinkles. Estimates are that one facial cleanser tube contains 350,000 beads.

The problem with these beads is that not only are they polluting our waterways, they are also being eaten by fish and other wildlife-which harms the animals’ digestive tracts. Worse, when animals eat them, that means we may eventually end up eating them, too.

Look for the following on the labels:

These are popular preservatives often used in moisturizers and makeup. In addition to being suspected hormone disruptors, they are both linked to potential environmental harm. BHA is listed as a chemical of potential concern by the Convention for the Protection of the Marine Environment of the North-East Atlantic, because of its tendency to bioaccumulate and because it’s toxic to aquatic organisms. Studies have found that it causes genetic mutations in amphibians. BHT also has a moderate to high potential for bioaccumulation in aquatic species.

One of the plasticizing chemicals called “phthalates,” DBP is often found in nail polishes to prevent them from becoming brittle. In addition to being a potential hormone disruptor, it’s very toxic to aquatic life. It accumulates in the environment and has been linked to problems in fish, including altered behavior, genetics, growth and development.

Used in most antibacterial products like hand cleansers and sanitizers, deodorants, and laundry detergent, triclosan is linked to an increase in antibiotic resistant organisms, which have increased the risk that infections can be deadly.

In addition, when triclosan is washed down the sink, it can change the biochemistry of amphibians, fish, and aquatic plants. The European Union classifies this ingredient as having the potential to cause long-term adverse effects in the aquatic environment. It doesn’t degrade quickly, tends to accumulate in the environment, and reacts with other chemicals in waterways to form dioxins, which are toxic.

You may already know that fragrances are one of the most “sensitizing” ingredients in cosmetics, which mean they most often lead to reactions and irritation. They are made up of a cocktail of chemicals and manufacturers are not required to reveal them under “trade secret” laws.

Synthetic fragrances are commonly added to perfumes, shampoos, soaps, cleansers, creams, moisturizers, sunscreens, and more. According to a 2005 study, these ingredients are proving harmful to the marine environment. Wastewater treatment plants don’t break them down, which means they slip into the rivers and oceans via sewage discharge.

The National Geographic reported that they “compromise a cell defense mechanism that normally prevents toxins from entering cells.” That means that even if they don’t harm organisms on their own, they can reduce the organism’s ability to protect itself from other toxins.

Fragrance chemicals persist in the environment, and accumulate in the tissues of fish and other invertebrates.

Studies have reported that chemical sunscreens like oxybenzone are toxic to coral and are contributing to the decline of reefs around the world. In one recent study, for instance, researchers reported that “oxybenzone is an emerging contaminant of concern in marine environments.”

They found high concentrations of the chemical around coral reefs in Hawaii and the Caribbean, where it alters coral DNA and acts as an endocrine disruptor, causing baby coral “to encase itself in its own skeleton and die,” according to an article in The Guardian about the study. The damage occurred even at low levels-equivalent to one drop of water in six-and-a-half Olympic-sized swimming pools-yet between 6,000 and 14,000 metric tons of sunscreen lotions end up in coral reef areas each year.

Used in anti-aging products, creams, lotions, makeup, hair care products, and more, siloxanes (like cyclomethicone and cyclotetrasiloxane) are seeping into our environment. In 2005, Norwegian Institute for Air Research and the Swedish Environmental Research Institute reported that high levels of siloxanes were found in samples taken from several locations in the Nordic countries. Detectable levels were also found within fish, raising alarm about the bioaccumulation of these chemicals.

Further studies found that siloxanes accumulated in aquatic life in Nordic lakes and in Lake Erie in Canada and Lake Pepin in the U.S., even higher up in the food chain, raising risks of people consuming them. Studies have also shown that siloxanes that we apply to our bodies can volatilize-which means they can become released into the air as well as contaminate our waterways.

In 2015, the American Chemical Society reported that scientists had found traces of these compounds in soil, plants, phytoplankton, and krill all the way down in Antarctica.

Do you try to limit your impact on the environment by purchasing eco-friendly personal care products? Please share any tips you may have.

WNN Earth Watch, “Common cosmetics use can negatively impact the environment as well as the user,” Women’s News Network, http://womennewsnetwork.net/2013/05/29/cosmetics-impact-enviroment/.

A. Downs, et al., “Toxicopathological Effects of the Sunscreen UV Filter, Oxybenzone (Benzophenone-3), on Coral Planulae and Cultured Primary Cells and Its Environmental Contamination in Hawaii and the U.S. Virgin Islands,” Archives of Environmental Contamination and Toxicology, February 2016; 70(2):265-288, http://link.springer.com/article/10.1007%2Fs00244-015-0227-7.