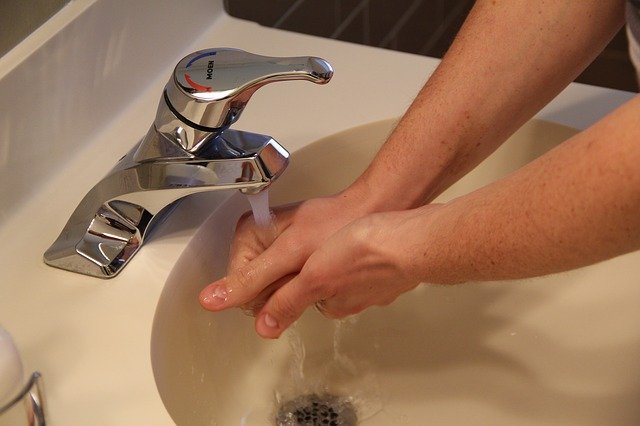 5 Reasons You Should Give Up Your Hand Sanitizer

Ever since the 1990s, when hand sanitizers started popping up on supermarket shelves, we have become obsessed with having clean hands.

We all know that viruses and bacteria are spread primarily through touch, and most of that comes from our hands. We touch a contaminated surface, and then touch our eyes, noses, or lips, and voila, we can become infected.

During cold and flu season, when flying cross country, when taking hold of that grocery cart, or even when choosing food at a buffet, we are at risk for coming into contact with germs, some of them potentially very dangerous. How wonderful, then, to have a hand sanitizer that in a matter of seconds, can cut our risk by over 90 percent!

They seemed the perfect solution for on-the-go cleanliness and disease prevention, and Americans quickly made hand sanitizers best sellers on the market.

But then we started hearing reports of so-called “superbugs,” and suddenly our hand sanitizers went from being something that protected us to something that could be contributing to untreatable and incurable infections.

Here are five reasons it’s time to break up with your store-bought hand sanitizer, and some ideas for what you can use instead.

1. Hand Sanitizers are Contributing to the Spread of Superbugs

The Centers for Disease Control and Prevention (CDC) states that each year in the U.S., at least 2 million people become infected with bacteria that are resistant to our current antibiotics, and at least 23,000 of those people die.

For decades we’ve used effective antibiotics that treat and cure most of our modern-day infectious diseases, but that’s starting to change. Because of overuse and misuse of these drugs, some bacteria have become resistant to them, which means that the drugs can no longer kill or eradicate the cause of some infections.

That means that infections that used to be easily curable can now be life threatening. So far, the CDC has listed 18 bugs as being top drug-resistant threats. These bugs are on the rise and are causing serious illnesses in Americans.

Most hand sanitizers contain an ingredient called “triclosan.” It’s an antibacterial that is designed to kill bacteria that we may come into contact with. The problem is that over time, the bacteria adapts, and becomes resistant to it.

In this way, triclosan contributes to the whole problem of antibiotic resistance, giving us yet another antibacterial that eventually may no longer work. Worse, the bacteria can actually “share” the immunity that they develop, so that more and more bacteria become stronger and more able to resist.

The thing is, we don’t need triclosan to kill those germs. In fact, an advisory panel of the FDA reported in 2005 that there was no evidence that antibacterial products protected people any better than regular soap. A subsequent study from the University of Michigan agreed.

2. Hand Sanitizers Can Harm the Environment

Because of their triclosan, hand sanitizers could be contributing to environmental pollution.

Triclosan’s chemical structure is remarkably similar to dioxin-a class of super-toxic carcinogenic chemicals formed as by-products of the manufacture of chlorine-containing products. A recent study found that when triclosan was exposed to ultraviolet light, a type of dioxin formed. Besides the dioxin fear, triclosan has already found its way into human breast milk and urine, and has shown to be an endocrine disruptor in tests on animal and human cells.

Environmentally, triclosan and triclocarban (an ingredient in antibacterial bar soaps, deodorants, and toothpaste) is already accumulating in soil. According to Johns Hopkins research, about 75% of these chemicals that are flushed down our drains survive treatment at sewage plants and end up as sludge spread onto farm fields.

At Cinco Vidas, we’re all about using healthy and safe ingredients on your skin. Unfortunately, most hand sanitizers have harsh and even potentially toxic ingredients that can cause skin problems.

Alcohol is a main ingredient in many of these products, and you probably already know how drying that can be. Want dry, cracked, old-looking hands? Use more hand sanitizer!

Some also contain synthetic fragrances. Manufacturers don’t have to list these chemicals on the label, so you don’t know what is going on your skin. Fragrances are one of the most sensitizing ingredients out there-meaning that they can cause allergic reactions and dermatitis-so if you have sensitive skin, these products aren’t a good idea.

Finally, they may contain potentially toxic preservatives like parabens that have been linked to hormone disruption.

We thought keeping everything super clean would help us be healthier, but recent research has challenged that type of thinking.

Turns out that we need to be exposed to a certain level of dirt and germs to keep the immune system going strong. Studies have reported that overusing antibacterial products can actually backfire.

You know how it is when you fail to work out for a couple weeks? Your muscles weaken and it’s a lot harder to get going again. Your immune system is like that. It needs a challenge now and then to stay tough.

You may not realize it, but your immune system is actually working every day to keep germs from making you sick. It’s probably neutralized a lot of them over the last month that you weren’t even aware of.

A 2012 study, for example, found that kids exposed to dirt and microbes while growing up on a farm were less likely to develop allergies and asthma than their peers. Researchers likened the immune system to an “army,” stating that it needs to have something to fight, and if that’s not germs, it can be allergens instead.

5. Hand Sanitizers May Not Work as Well As You Think

It may seem like that sanitizer of yours is foolproof, but that’s not necessarily so.

In a 2000 study, researchers reported that while hand sanitizers are advertised as killing 99.9 percent of germs, they may not perform nearly that well in the real world.

Why? Because researchers tend to test them on surfaces that can be controlled rather than on real skin in real life situations.

Said Purdue University professor Barbara Almanza, “But research shows that they do not significantly reduce the overall amount of bacteria on the hands, and in some cases they may even increase it.”

She noted that these sanitizers, because they are usually alcohol-based, strip the skin of its natural outer layer of oil. That not only leads to drying, cracking, and wrinkling, but it robs the skin of its normal protection. Those oils, in addition to keeping skin soft and supple, are thought to actually help keep bacteria levels in check.

What to Use Instead

The thing is, we don’t need triclosan to get our hands clean. As mentioned above, regular soap and warm water work just as well and probably better.

But what if you’re on the go? We’ve got some alternatives for you.

Have you given up hand sanitizers with triclosan and alcohol?