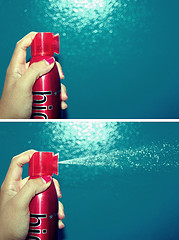 However, several scientific studies are showing that the one ingredient these products have in common-phthalates-may not only cause damage to human organs, but be a carcinogen as well.

Phthalates are a family of chemicals that alter the characteristics of certain products. Some are used to make hard plastic flexible, for products like shower curtains, vinyl tile, children’s toys, and artificial leather. Others are used in personal-care products, like nail polish, for instance, to help resist chipping; or in fragrances, to make the scent last longer.

Unfortunately, phthalates have been found in animal tests to damage the liver, kidneys, lungs, and the reproductive system. One of these chemicals has been labeled a “probable human carcinogen” by the Environmental Protection Agency (rats fed the chemicals showed an increase in liver cancers), and some are suspected of damaging sexual development (especially developing testes) in babies. Yet a study in 2008 examining baby urine samples showed all babies had detectable levels of at least one phthalate metabolite in their urine. Indeed, over 80% of infants had at least seven. Researchers found strong associations between baby products used-like baby powders, shampoos, lotions, and wipes-and levels of phthalates found.

“In the United States, there is no requirement that products be labeled as to their phthalate content,” said study researchers Sathyanarayana et al. “Parents may not be able to make informed choices until manufacturers are required to list phthalate contents of products.”

Though phthalates are feared to cause the most harm in developing fetuses and very young children, women, too, are exposed to the chemical at higher levels than deemed safe. A study by the U.S. Centers for Disease Control and Prevention (CDC) found that five percent of women between age 20 and 40 had up to 45 times more phthalates in their bodies than researchers initially hypothesized. The scientists speculated that personal-care products could be one of the reasons why the women were more susceptible. In fact, the CDC found in 2002 that more than 70% of 72 personal-care products tested contained phthalates.

The good news is that pressure from concerned organizations and citizens has already made an impact. In July 2008, the U.S. Congress passed legislation banning six phthalates from children’s toys and cosmetics. In late 2008, the Campaign for Safe Cosmetics retested 12 of the products from the 2002 study (perfumes, deodorants and hair sprays) and found that 9 had reduced the amount of phthalates, and two had totally removed them. Unfortunately, three had even higher levels, so we still have a long way to go.

To help reduce your exposure, buy organic products, use cloth or hemp organic shower curtains, and read labels. You’ll rarely find the word “phthalates” on the ingredient list, but you can detect them by looking for chemical names like DBP (di-n-butyl phthalate) and DEP (diethyl phthalate), often used in personal-care products; DEHP (di-2-ethylhexyl or Bis 2-ethylhexyl phthalate), used in PVC plastics; BzBP (benzylbutyl phthalate) used in some flooring, car products and personal-care products; and DMP (dimethyl phthalate), used in insect repellent and some plastics. Also, stay away from synthetic fragrances.

Do you have any tips for reducing phthalate exposure? We’d love to hear them!