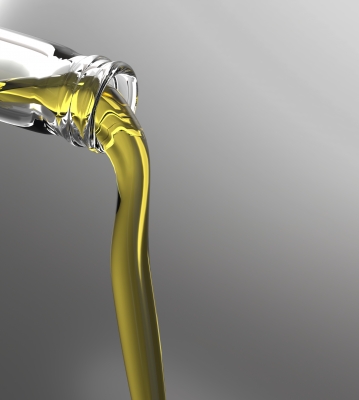 Why You Should Ban These 4 Vegetable Oils from Your Diet 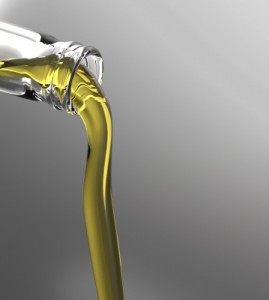 You’ve probably heard some of the buzz about cooking oils, lately. Maybe you’ve brought home some extra virgin olive oil or coconut oil to try in your home cooking.

I love both of these oils and use them often. When I first started looking into oils, though, I have to admit-it was a little confusing. Which ones are good for you and which ones aren’t?

In case you’ve had similar questions, check it out-here are four oils that you want to stay away from as much as you can. I’ll tell you why.

This oil actually is made from the seed of the rape plant, usually called “rapeseed.” (The word “rape” comes from the Latin word meaning “turnip.”) It may come from traditional plants (Brassica napus L. or Brassica rapa), or from crossbred lines of B. Juncea.

The original rapeseed produced an oil that had a disagreeable taste and high concentration of erucic acid (which is toxic in large doses). Canadian scientists used crossbreeding to create plants with a different nutritional profile, less erucic acid, and a milder taste. They named it Canola (for CANadian Oil, Low Acid).

Canola oil is low in saturated fat and contains some healthy omega-3 fatty acids, which make it appear to be a healthy choice. It’s processed in such a way, however, as to make it a less healthy option than other cooking oils you may choose

First of all, much of the canola oil we buy today comes from genetically engineered crops (created by Monsanto to resist Roundup). If you don’t feel good about GMO (as I don’t), canola oil isn’t for you.

Finally, like many processed oils, manufacturers process the oil in ways that can reduce any health benefits it may have.

The main problem with cottonseed oil is that it comes from plants that are heavily sprayed with pesticides. Cotton plants are grown for their fibers (to make clothes), as well as to make animal feed and oil. According to the Alliance of Women Scientists, cotton covers 2.5 percent of the cultivated land in the world, but uses 16 percent of the world’s pesticides. They add that “eight of the top 10 pesticides most commonly used on U.S. conventionally produced cotton were classified as moderately to highly hazardous by the World Health Organization.”

Cotton is also one of the top four GMO crops produced in the world (along with soy, canola, and corn).

Safflower oil is usually highly processed and refined, which can strip it of any of its healthy components. The main concern with safflower oil, though, is its fats. It has a lot of the omega-6 kind of fatty acids, which are considered “pro-inflammatory.” We already get way too many of these kinds of fats in our diets today, and they have been found to be linked with cardiovascular disease and other inflammatory diseases. Not healthy!

Soy foods are supposed to be healthy, aren’t they? Problem number-one with soybean oil is it typically comes from GMO crops. Second, it’s typically highly processed and refined, like canola and cottonseed.

Specific problems with soybean oil can be blamed on its components. Isoflavones in soy can interfere with thyroid function-a Japanese study found that adults eating about an ounce of soybeans for three months experienced raised levels of thyroid stimulating hormone (TSH)-an indicator of impaired thyroid function. Other studies have shown conflicting results, but if you’re concerned about your thyroid, soybean oil isn’t for you.

Soy also contains ingredients that have estrogenic (hormone-altering) properties. Some studies have found that it may increase the risk of some cancers, like breast and prostate. Though soy has also been found to have some health benefits, soybean oil has been processed too heavily to take the risk.

There are some basic steps you can take to choose healthy oils:

What do you think about these oils? Do you still cook with them?