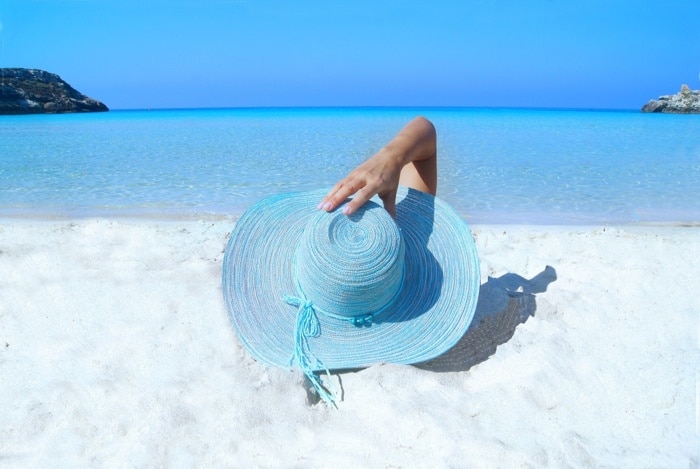 Most everybody wears sunscreen now, right? So why is skin cancer on the rise?

According to the Skin Cancer Foundation, the diagnosis and treatment of nonmelanoma skin cancers in the U.S. increased by 77 percent between 1994 and 2014.

Meanwhile, the rates of melanoma—the most serious type of skin cancer—are also increasing. The Centers for Disease Control and Prevention (CDC) states that if the rates continue to go up as they are now, 112,000 new cases will be diagnosed by 2030.

So why is this happening? Are sunscreens not working?

Why Are Skin Cancer Rates Going Up?

We know that ultraviolet radiation (UV rays) cause changes at the cellular DNA level in our skin cells, increasing the risk of cancer. Sunscreen is supposed to block UV damage, but the increasing rates of skin cancer have experts scratching their heads.

So far, there are a couple of explanations for what’s going on:

Let’s look at each of these in turn.

First, if you examine your use of sunscreen, you may find that you’re not as diligent as you could be. The CDC found via their research that fewer than 15 percent of men and 30 percent of women used sunscreen regularly on their face and other exposed skin when outdoors for more than an hour.

Sunscreen use was particularly low among certain demographic groups, including:

Researchers also found that many people—particularly women—used sunscreen on their face, but not on other exposed areas of skin. It’s also true that most people forget to reapply their sunscreen after being out for 2 hours or more, or after sweating or taking a dip in the pool.

So the first thing we can do is be more careful about our sunscreen use. But now the experts are telling us that won’t be enough to protect us. It seems sunscreen isn’t the perfect answer we may have believed it to be.

Sunscreen is Simply Not Enough to Keep You Safe

Here’s a quote directly from the Skin Cancer Foundation: “Sunscreen is an important part of a complete sun protection strategy. But sunscreen alone isn’t enough to keep you safe in the sun.”

The foundation goes on to say that when used as directed, sunscreen can decrease your risk of skin cancer, but it won’t protect you completely: “Regular daily use of SPF 15 sunscreen can reduce your risk of developing squamous cell carcinoma (SCC) by about 40 percent, and lower your melanoma risk by 50 percent.”

Sunscreen can help, the foundation is saying, but it’s not a guarantee you won’t get skin cancer.

According to a recent study review published in the Journal of the American Academy of Dermatology, sunscreen is a multibillion-dollar industry, and we’ve all been led to believe that it’s effective in preventing skin cancer.

In other words, our belief in sunscreen’s ability to protect us is not rooted in as much data as we may have been led to believe.

“Could it be that the nearly universal recommendation of dermatologists and professional societies to use sunscreen to prevent skin cancer is unfounded?” the researchers wrote.

We don’t know the answer to that yet. Meanwhile, there’s the concern that many sunscreens may contain unsafe ingredients.

Another recent study raised questions about common chemical sunscreen ingredients like avobenzone, ecamsule, octocrylene, and oxybenzone. Scientists found that they were absorbed into the bloodstream at high enough levels to trigger the need for additional safety studies. Oxybenzone, for example, has shown in some animal studies to be a hormone disruptor. (We have always recommended physical sunscreens like zinc oxide instead for safety reasons.)

Despite the questions, dermatologists still overwhelmingly recommend the use of sunscreen to protect your skin not only from DNA damage but from premature aging as well. So far, the key is to use safer sunscreen options like zinc oxide and titanium dioxide, while avoiding chemical options that can absorb into the body.

But now many organizations, including the Skin Cancer Foundation, are going a step further and suggesting you take additional precautions.

Go Beyond Sunscreen to Protect Your Skin

Now, in addition to recommending the application of a safe sunscreen, health organizations suggest you cover up when outdoors.

“Using broad-spectrum sunscreen with an SPF of 15 or higher is important,” the CDC states on its website, “but it shouldn’t be your only defense against the sun. For the best protection, stay in the shade and wear protective clothing, a hat with a wide brim, and sunglasses, as well as sunscreen.”

The Skin Cancer Foundation agrees: “Keep in mind that while crucial, sunscreen alone is not enough. Seek the shade whenever possible, wear sun-safe clothing, a wide-brimmed hat and UV-blocking sunglasses, for a complete sun protection strategy.”

Skin cancer rates are rising—that’s a fact. So we know we need to protect ourselves, and now we have a two-pronged strategy:

What About Vitamin D?

The skin makes vitamin D when exposed to the sun, and vitamin D is critical for strong bones and teeth, a robust immune system, and a healthy cardiovascular system, among other things.

Yet studies are showing that a surprising number of Americans are not getting enough vitamin D. According to a 2018 study, vitamin D deficiency is growing across the USA, with earlier studies indicating nearly 40 percent of people to be deficient. African Americans and Hispanics were even more at risk, with deficiency seen in 82 percent of blacks, followed by nearly 70 percent of Hispanics.

Why are we struggling to get enough vitamin D? Scientists aren’t sure, but they think it’s because of one obvious reason—we’re not getting enough sun exposure (and we’re not taking vitamin D supplements when we don’t). In that 2018 study, researchers noted that surprisingly, it wasn’t the people over 65 who were struggling the most—it was younger people.

Why would this be? The scientists speculated it was because of the increase in technology like big-screen televisions, computers, and gaming devices, which encourage younger people to stay indoors more than prior generations, reducing their sun exposure. The scientists went so far as to say that “vitamin D deficiency is becoming an epidemic across the United States….”

Unfortunately, a lack of vitamin D increases the risk of cancer, heart disease, osteoporosis, diabetes, and other illnesses. We can get some vitamin D from food, but it’s not enough to meet our requirements. We have to either get out into the sun (minus the sunscreen) or take vitamin D supplements, or both.

Seeing Through the Confusion on Sun Protection

Confused yet? Here’s what we recommend here at CV Skinlabs for healthy skin:

Meanwhile, stay tuned to our blog. We’ll update you as new information comes to light on sunscreen and sun protection. Enjoy your summer!

What do you think about the sunscreen debate?

References
CDC. “Sunscreen Use Among Adults in the United States.” Centers for Disease Control and Prevention. Last modified March 27, 2020. https://www.cdc.gov/cancer/dcpc/research/articles/sunscreen-use.htm.