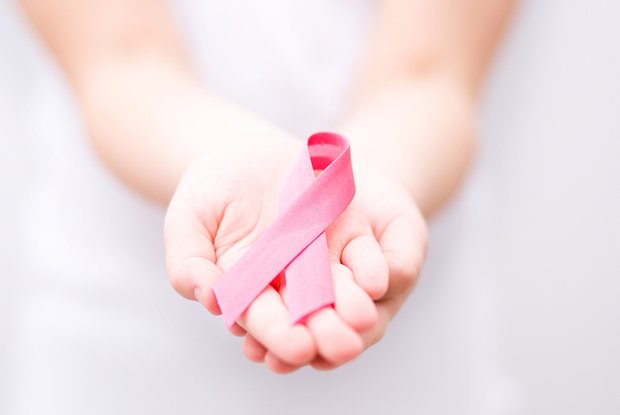 What We Know About Preventing Breast Cancer: 5 Key Preventative Steps

In honor of breast cancer month, we wanted to take a new look at what we know so far.

Is there a way to prevent this disease, and if so, how?

Reduce Your Odds of Being Diagnosed

The bottom line is that we know more than we used to know, but we still don’t know everything. We know a little bit about reducing our risk of breast cancer, but we don’t know how to prevent it completely.

The good news is that breast cancer rates have been declining in recent years, but scientists aren’t sure exactly why. Since the year 2000, the number of women diagnosed each year in the U.S. has been going down, remaining fairly stable over the last few years. Breast cancer is still the second leading cause of cancer death in women, though, affecting over 230,000 each year.

There are some risk factors you can’t control. You can’t change your genes, for example (though you can detect the breast cancer gene and take action based on the outcome), and you can’t change the density of your breasts (dense breasts are more at risk).

You can’t change your age-the older you get the more at risk you are. You also can’t change when your period started, when you first had a baby (or if you had children at all).

But you can weigh the odds in your favor by preventing some of the other risk factors that are under your control.

Excess weight has been connected to breast cancer in numerous studies. The American Cancer Society states that being overweight or obese after menopause increases breast cancer risk, and Susan G. Komen states the same.

These statements are based on several studies showing a connection. A 2015 study, for instance, of over 67,000 postmenopausal women aged 50 to 79 years found that women who were overweight and obese had an increased risk of invasive breast cancer versus women of normal weight.

You already know that a sedentary lifestyle isn’t good for your health. The exciting news is that exercise cuts your risk of breast cancer significantly. All you have to do is get moving at least 30 minutes a day to experience the benefit.

In a 2000 study of over 30,000 women, researchers found that compared to women who exercised less than once a week, women who walked or bicycled 30 minutes or more a day had lower rates of breast cancer.

A 2014 study of over 59,000 women found similar results. Those who were more active in the years leading up to the study (the equivalent of walking about four hours a week or doing more intense exercise about two hours a week) had a lower risk of invasive breast cancer than women who were less active-and the results were the same regardless of body weight or BMI. This study counted any sort of recreational activity, so that could be walking or biking, hiking, playing tennis, swimming, etc.

This last study also found that if the women stopped exercising, however, the benefits quickly disappeared, so the important thing is to work movement into your daily lifestyle and stick with it.

I’ve talked a lot about diet on this blog and how important it is to eat real, whole foods and to cut way back on processed items in bags and boxes. But if you really want to avoid breast cancer, your best bet may be adopt the Mediterranean diet, or something like it.

That’s because a recent 2015 study that examined more than 4,000 women, ages 60 to 80, found that those who ate a Mediterranean diet-which is rich in plant foods, fish, and olive oil-were less likely to be diagnosed with breast cancer than those who simply ate a low-fat diet.

The results were amazing. Compared to the low-fat group, the Mediterranean group had a whopping 68 percent lower risk of developing breast cancer over a period of about five years. Researchers don’t have all the answers, but they theorized that the olive oil may have a protective affect against breast cancer, along with the other healthy effects of the diet.

Whether you choose to go with this diet or not, the important thing is to fill up your plate with fruits and vegetables, choose smaller servings of meat, and enjoy healthy fats such as those in olive oil and nuts.

4. Keep the alcohol to a minimum.

Did you know that health experts recommend women drink no more than one alcoholic beverage a day?

That’s because studies have linked more than that to an increased risk of breast cancer. In 2011, for example, researchers tracked over 106,000 women over a 28-year period. Women who had about 3-6 drinks a week had a modest increase in their risk of breast cancer-about 15 percent-compared to women who never drank alcohol. (It didn’t matter what kind of alcohol the women drank.)

The National Toxicology Program of the U.S. Department of Health and Human Services lists consumption of alcoholic beverages as a known human carcinogen, and the more a person drinks, particularly over time, the higher the risk. According to the National Cancer Institute, more than 100 epidemiologic studies have looked at the connection, and consistently found an increased risk of breast cancer associated with increasing alcohol intake.

A 2002 study found that women who drank about three drinks a day had 1.5 times the risk of developing breast cancer as non-drinkers.

Yes, red wine has been found in some studies to be protective against heart disease, and heart disease remains the number one killer of women. But if you are concerned about breast cancer, you’d be safest to protect your heart in other ways, like eating a healthy diet and getting regular exercise.

5. Reduce your exposure to environmental toxins.

A 2014 study looked at major chemicals in the environment that have links to breast cancer. Researchers identified 17 types of “high priority” chemicals that women should try to reduce their exposure to, because these chemicals can increase risk of breast cancer.

These included flame-retardants (in furniture), paint removers, disinfectant byproducts in drinking water (get a filter!), and diesel and other vehicle exhaust (air purifier anyone?).

“Every woman in America has been exposed to chemicals that may increase her risk of getting breast cancer,” said study author Julia Brody, Ph.D. “Unfortunately, the link between toxic chemicals and breast cancer has been largely ignored. Reducing chemical exposures could save many, many women’s lives.”

For a full table of all 17 chemical categories women should avoid, you can go here. I want to mention that one of the chemicals includes those used in hair dyes, which of course gives me a chance to remind you to reduce as much as you can those toxins in your personal care and home care products.

If you take steps to address these five risk areas, you’ll be giving your body a much better chance of avoiding breast cancer. It doesn’t guarantee that you won’t be diagnosed, but it could definitely improve your odds, and I think that’s worth it.