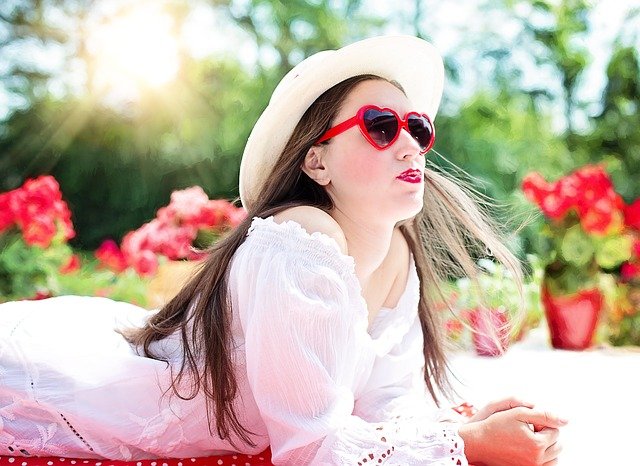 We’re Not Getting Enough Vitamin D-How to Change That?

My friends, we’re in trouble.

According to recent studies, many of us aren’t getting enough vitamin D.

And that’s not good, because low levels of vitamin D have been linked with an increased risk of cardiovascular disease, depression, dementia, cancer, hip fractures, type 2 diabetes, and even pregnancy complications.

We all know that the body makes vitamin D when we expose our skin to the sun. But then we are concerned about accelerating skin aging and increasing our risk of skin cancer.

What’s the answer? How can we get the vitamin D we need and still protect our skin?

Americans Are Deficient in Vitamin D

Vitamin D is involved in a number of important processes in the body. It helps maintain strong bones, support muscle strength and function, maintain a healthy heart, protect cells from damage, strengthen the immune system, and keep nerve messages going between the brain and the body.

Because many of us aren’t going outside as much as we used to, or because we’re blocking the sun with sunscreen, we’re not getting as much vitamin D as we need. In studies looking at vitamin D levels in blood, most researchers considered 30 ng/mL to be an adequate level, but many researchers today think that we actually need 50-60 ng/mL for optimal health.

The studies are concerning, though. In 2008, for example, researchers reported: “Vitamin D deficiency is now recognized as a pandemic.” They blamed it on lack of sun exposure, stating that few foods naturally contain vitamin D, and those that are fortified still don’t have enough for our daily requirement.

In 2009, researchers reported that three-quarters of Americans were deficient in vitamin D. Back between 1988 and 1994, only 45 percent were deficient, so things have gotten worse. Only three percent of African Americans have the recommended levels, measured at 30 ng/mL.

In 2011, researchers reported again that over 41 percent of participants studied were deficient in vitamin D, while 82 percent of black Americans were, and nearly 70 percent of Hispanics.

Meanwhile, a number of other studies have shown that lower levels of vitamin D increase risk of disease. One study found that among those who died of cardiovascular disease, 80 percent had levels lower than 30 ng/mL. Another found that those even moderately deficient in vitamin D were more than twice as likely to develop dementia, and a third showed that women with lower levels of vitamin D were more likely to have symptoms of depression.

On the other hand, higher levels of vitamin D are protective. A 2015 study found that patients with colorectal cancer who had more vitamin D in their bloodstream survived longer than patients with lower levels. Other studies have suggested that higher levels may prevent the development of cancer in the first place.

Obviously we need vitamin D, and we need to be sure we’re getting enough. So how do we do that?

How to Get Enough Vitamin D

The recommended daily allowance (RDA) for vitamin D is 600 IU for those up to 70 years of age and pregnant or breastfeeding women, and 800 IU for those 71 and older. The upper limit is set at 4,000 IU per day for adults.

Other organizations, however, believe the levels should be higher for optimal health. The Endocrine Society and International Osteoporosis Foundation, for instance, recommend 800 to 2,000 IUs a day in supplements, at least for those with low blood levels. They also believe that 10,000 IUs should be the upper limit.

Unfortunately, there are a lot of things working against us. In addition to staying inside and using sunscreen (which blocks the production of the vitamin), these factors also reduce vitamin D levels:

According to the Vitamin D Council, we simply can’t get enough vitamin D from food. Eating foods that contain the nutrient can help, but we can’t rely on food to create optimal levels.

Wild-caught fish (salmon and mackerel) are the best sources of the vitamin, containing about 400-500 IU in three ounces. Other options contain quite a bit less, but are still good to include:

So we can get some from food, but the rest we need to get either from supplements or the sun.

Getting Vitamin D from the Sun

This is the best and most natural way to get your vitamin D. The good news is that it doesn’t take long. According to most resources, you can get what you need long before your skin even turns pink or starts to suffer the negative effects of sun exposure.

A fair-skinned person, for example, may need only about 15 minutes on the arms and/or legs on a bright summer day. A dark-skinned person may need longer, but then would likely be more naturally protected from sun damage for longer, as well.

There are a number of factors that affect how well your body produces the vitamin after sun exposure. These include:

All these factors can make it confusing. How much exposure do you need? And where is the line? You don’t want to get too much and burn, for instance.

We recommend that you get to know your skin. Always keep your face, neck, ears, and other delicate areas of skin (like the tops of the feet or the middle of the belly) protected, as they can easily burn.

You may feel comfortable exposing arms and legs, however, as long as you time it carefully. Do NOT allow yourself to burn, or even come close. Remember that you will likely get all you need before your skin even turns pink. When you’re finished, cover up and get into the shade.

Getting Vitamin D from Supplements

Supplements remain the best solution for those who can’t get enough sun exposure (especially in the winter), and for those who don’t want to expose their skin to the sun.

The Vitamin D Council and other healthcare experts recommend you take vitamin D3 rather than D2, as D3 is the time that your body naturally produces when exposed to the sun. The vitamin is usually easily absorbed, so the form of it usually doesn’t matter (tablet, capsule, drop).

What do you do to get the vitamin D you need?