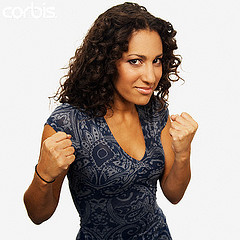 Going through cancer once is challenging enough. No one wants it coming back.

Unfortunately, many survivors worry about recurrence, and with good reason. According to researchers, tumors can re-seed themselves-in other words, cancer cells can return to the tumor site and grow again. How do we stop this from happening? With a strong immune system.

If you’ve gone through cancer, you know what kind of a beating your immune system has suffered. Chemotherapy can wreak havoc on our natural killer cells, say nothing of the weight loss, malnutrition, and depression that can sometimes accompany treatment. In fact, the main contributors to a weak immune system are poor nutrition, lack of exercise, sleep deprivation, emotional trauma, medications, and toxins. Um, gee, anyone who’s experienced cancer has had all of those!

So, once you’ve been pronounced cancer free-or even if you want to prevent cancer or build up your immune system during treatment-turn your efforts toward revving up your body’s defenses with these natural boosters.

Diet. You don’t have to deprive yourself, but do try to make healthy choices on a regular basis. The nutrients you consume go a long ways toward helping your cells fight off any unwanted invaders. Focus on raw fruits and vegetables, nuts, roots, and “tubers” like potatoes, sweet potatoes, and radishes. You may want to consider juicing, which has shown to have many health benefits. And limit your sugar intake-it spikes blood sugar, which inhibits the release of growth hormones, which in turn depresses the immune system. According to author and professor Dr. Sears, “Eating or drinking 100 grams (8 tbsp.) of sugar, the equivalent of two-and-a-half 12-ounce cans of soda, can reduce the ability of white blood cells to kill germs by 40 percent.”

Exercise. You don’t have to run marathons-even moderate exercise has a positive effect on the immune system. It helps rid the lungs of airborne bacteria and viruses, cleans the body of cancer-causing cells and waste products, increases blood flow to fight infection, raises body temperature to inhibit the growth of bacteria, and reduces the release of stress hormones. According to animal studies at the Iowa State University, regular exercise boosted internal defenses. In a 2006 study with over 100 women, those who engaged in regular moderate exercise like brisk walking had half the risk of colds than those who didn’t.

Vitamins & Minerals. Certain nutrients have shown in studies to help prevent cancer. Researchers believe that if we had the right amounts of vitamin D in our blood, for instance, we could prevent 75 percent of colon-cancer deaths. (Shoot for 2,000 IU a day and/or 15 minutes of sunscreen-free exposure to the sun on your arms and legs.) Make sure you’re also getting enough vitamin B and C, beta catorene, zinc, magnesium, and potassium.

Power spices & extracts. Did you know that curcumin-the main active phytochemical in the spice, turmeric-decreased the incidence of breast tumors in animals? Other spices are also potent cancer fighters, like cayenne pepper, chili peppers, garlic, and rosemary. In addition, according to “Natural News,” oleander extract contains cancer-fighting properties and has been found to be a potent immune stimulator.

Are you building your immune system to stay cancer free? Please share your story.