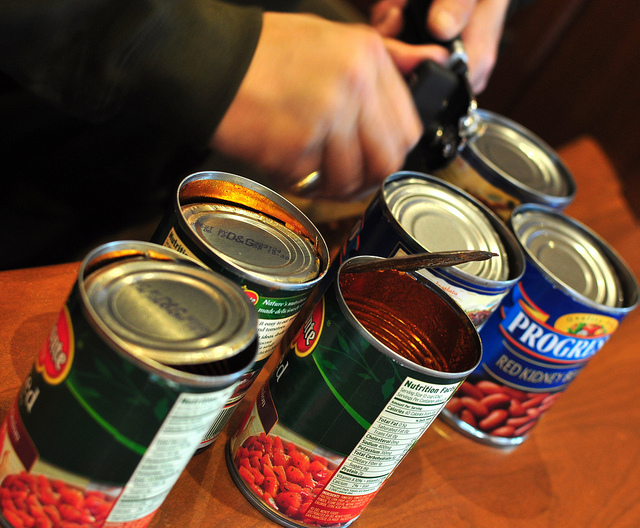 Toxic Truth: Sweden Considers Ban on BPA…What About the U.S.?

You may have caught some of my previous posts on BPA-bisphenol A, a chemical used to make plastics that’s been linked with breast cancer, prostate cancer, and developmental problems in fetuses and young children. A report issued earlier this year found that levels of BPA in canned foods is as high as those found to cause harm in animal studies. BPA is used to on the inside lining of cans, and though results varied from product to product, even good-for-you foods like canned fruits and vegetables were found to contain levels of BPA over the EPA’s recommended safety limit.

Nothing’s been done here in the U.S. concerning this report, but Sweden is looking seriously into the issue, and may become the first country in the world to phase out the use of BPA in food and beverage can linings. A report by the Swedish Chemical Agency and the National Food Administration recommended that Swedish food packagers and processors figure out how to employ BPA-free alternatives by the end of this year. Those importing foods into the country would also have to outline when such alternatives could be available.

The European Union already banned the use of BPA in baby bottles because of concerns over the chemical causing developmental problems. That ban went into effect on June 1, 2011. The European Consumers’ Organisation, BEUC, also called on the European Commission to take further action and ban BPA completely from consumer products like canned food and beverages, coffee machines, CDs, DVDs, cash receipts, tennis rackets, medical equipment, paints and varnishes, and more.

So far in the U.S., however, the FDA has only acknowledged that it’s taking a closer look into the issue. In fact, some within the agency reportedly wanted to ban it at least from baby bottles, but others were concerned that babies who relied on formula would be left without healthy alternatives. In addition, since BPA is classified as a food additive, it’s not subject to the kind of scrutiny that chemicals are, and without critical data, it’s impossible to regulate it because of the laws we currently have on the books.

Current food contact uses were approved under food additive regulations issued more than 40 years ago. This regulatory structure limits the oversight and flexibility of FDA.

Administrators within the FDA itself admit that the agency needs to overhaul its regulatory framework. Until then, these dangerous chemicals are going to continue to be underregulated. Meanwhile, states are filling the gap. Minnesota, Connecticut, the City of Chicago, and two counties in New York have banned BPA in baby bottles. Washington recently banned BPA-containing bottles, cups, and other containers for children younger than three years old. A federal ban on BPA in all food items was proposed in Congress, but unfortunately failed to pass the Senate in 2010.

How can you help? Let your voice be heard. Refuse to buy products that contain BPA, and share your opinion whenever you can. We can influence the market-just let manufacturers know what you want!

Have you changed your habits to avoid BPA-lined cans and bottles? Please share your story.