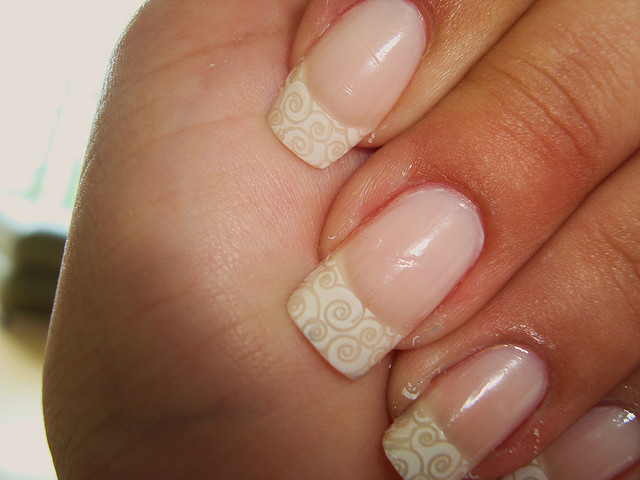 Toxic Alert: MMA In Acrylics Could Cause Nail Loss

It’s called MMA, or methyl methacrylate, and if you like acrylic nails, you may be exposed to it.

Used in the manufacture of plastics and resins, MMA is qualified by the Environmental Protection Agency (EPA) as irritating to the skin, eyes, and mucous membranes. Exposure to the skin can result in allergic reactions. Short-term and long-term exposure via inhalation can cause respiratory problems, including coughing and wheezing, as well as neurological symptoms. Exposure in animals has led to fetal abnormalities.

Doesn’t sound like something you’d want on your nails, right? Yet many nail salons are using it as a bonding element in acrylics. Why? It’s cheap and it’s strong. It will hold the acrylic to your nail, all right, but it could also cause you to lose your own nail! The adhesive is so strong that painful breakage and infections can result. It’s so difficult to remove that it often has to be pried from the nail plate, causing more damage. Several customers have complained of allergic and other reactions to the chemical.

“It was the worst experience I’ve had,” said customer Debbi Bartram. “It just got progressively worse and eventually my nails fell off.”

MMA has been banned in New York State, and the FDA stated it “considers MMA to be a poisonous and deleterious substance,” warning manufactures that “further use of MMA in nail enhancement products” is “inappropriate.” The Nail Manufacturers Council agrees with the FDA and states “anyone who manufactures, sells, or distributes these potentially dangerous substances is breaking the law and endangering your health.”

You’d think with all these warnings that the chemical would be long gone from nail products and salons, but unfortunately, because it’s so much cheaper than the safer alternative ethyl methacrylate (EMA), some products and salons are still using it. Since it’s prohibited, most likely you won’t find it on the label, so how can you protect yourself?

First, use your nose. When you enter your nail salon, how does it smell? Especially if you’re used to the typical odors of a salon, the unusually strong or strange odor of MMA may stand out. Second, ask to check out the products the technicians use. If they’re using an unmarked or unlabeled container, beware. Third, take notice of your acrylic nails. If you find them especially hard and difficult to file, you may have had MMA applied as an adhesive. Fourth, if your nails won’t soak off in solvents designed to remove acrylics, that’s another warning sign. Finally, and perhaps most importantly, watch out for discount pricing. Salons that are able to charge you only $25 for a set of acrylic nails, for example, can make a profit only by using MMA. Safe sets are usually priced at $40 or more.

If you suspect MMA is being used at your nail salon, report your suspicions to the State Cosmetology Board or contact the Nail Manufacturers Council of the American Beauty Association. Better yet, to ensure your safety-especially if you’re going through cancer treatments-avoid acrylic nails entirely.

Have you had an allergic or other reaction you suspect is linked to MMA? Please share your story.