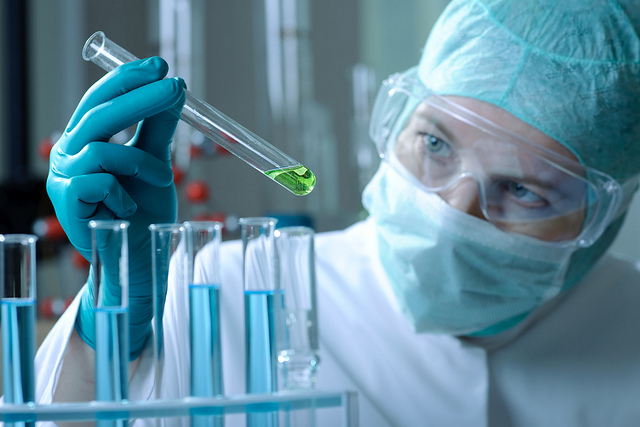 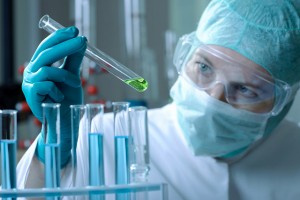 California researchers have discovered that two chemicals found in products most people use every day may interfere with the effectiveness of the drug Tamoxifen. Many women take Tamoxifen to treat breast cancer, so I wanted to alert all my readers: If you’re on Tamoxifen, you need to be even more alert to these two chemicals.

The first is bisphenol A (BPA), that hardening chemical used to make plastics that I’ve talked about in several previous posts. It’s in our water bottles and our canned foods and on shopping receipts and some of our children’s toys and has been linked with certain cancers and developmental problems in children. In the study, the scientists took noncancerous breast cells from high-risk patients, grew them in the lab, then exposed them to BPA. After the exposure, the noncancerous cells started acting like cancer cells. The researchers felt the study provided additional evidence that chemicals that act as estrogen-disruptors (like BPA) may play a role in the development of breast cancer.

Tamoxifen is designed to slow the growth of breast cancer cells and ultimately cause their death, but when it was introduced to the chemical-exposed cells, they were not affected and kept growing.

The same thing happened when the cells were exposed to methylparaben, a type of preservative commonly used in thousands of personal care products. When the non-cancerous cells were exposed to methylparaben, they started acting like cancerous cells, and did not slow down when exposed to Tamoxifen. What was especially disconcerting was that these two hormone-disrupting chemicals were found to be even better at blocking Tamoxifen’s effectiveness than naturally produced estrogen.

According to Dr. William Goodson, lead author of the study, “Since most breast cancers are driven by the hormone estrogen, the bulk of the drugs used to treat breast cancer are designed to knock down estrogen. BPA and methyparaben not only mimic estrogen’s ability to drive cancer, but appear to be even better than the natural hormone in bypassing the ability of drugs to treat it.”

Dr. Mhel Kavanaugh-Lynch, director of the California Breast Cancer Research Program, added, “We have a lot of information that makes these endocrine disruptors appear to be bad things to be exposed to, but there are very few, if any, studies that show a direct causal link.”

What Women Can Do

The takeaway from this study, as far as I can tell, is to stay away from these two chemicals as much as possible. They’re very widely used, so you may not be able to completely eliminate them from your life, but you can definitely cut down your exposure. Try these tips, and if you’re on Tamoxifen or other treatments for breast cancer, be especially careful!

What do you think about this study? Will you be changing your habits?