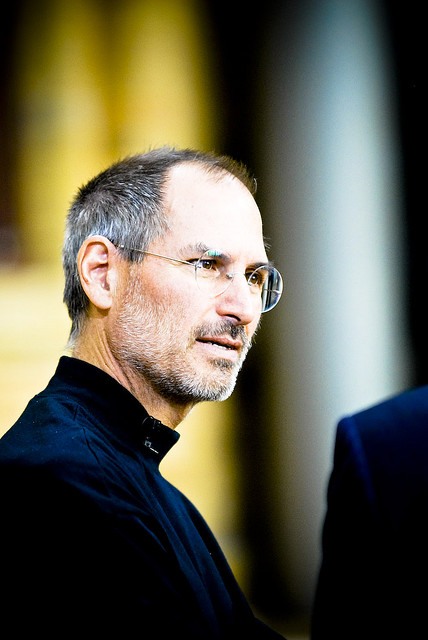 Steve Jobs: Living from the Heart

We all heard the news last night, and it seems the world is a little poorer this morning for the loss of Apple co-founder and CEO Steve Jobs. The visionary behind such life-changing technology as the iPhone, iPad, iPod, iMac, and iTunes, Jobs was only 56 years old.

As many of you in the cancer community know, Steve fought pancreatic cancer for eight years. The Jobs’ family hasn’t revealed whether or not it was the cancer that caused his death. Still, his eight-year battle is an inspiration itself, especially with pancreatic cancer, which is considered one of the most aggressive types.

Steve was famously tight-lipped about his cancer, but we do know that shortly after being diagnosed, he went through surgery to remove what doctors called a “neuroendocrine pancreatic tumor.” A pancreatic cancer expert at Mayo Clinic (Michaela Banck) says this type of cancer can affect levels of insulin and other hormones produced by the pancreas, but that much more research is needed to understand how it’s impact on hormones affects prognosis.

The more common form of pancreatic cancer, which affects 95 percent of cases, is fast-moving and lethal, but neuroendocrine tumors are slow-growing and can be effectively treated with surgery. Two drugs were also approved for these types of tumors earlier this year. We don’t know if Steve was taking any medications, but his eight-year survival stands as progress in the world of pancreatic cancer.

Despite all his accomplishments as head of Apple and his status as cancer survivor, what Steve Jobs may be most remembered for is a commencement address he gave on June 25, 2005 at Standford University. I’ve provided the link here for anyone who would like to read it in its entirety (or watch the video), but I wanted to share the parts that impacted me.

As most Cinco Vidas readers know, I’m a cancer survivor myself, and my father fought an 8-year battle as well. Going through an experience like that forces you to slow down and try to figure out what your life is really about. For me, that meant discovering my purpose, which turned out to be starting this organization, writing my book, and finding many other ways to give back to the cancer community.

Steve talks about this in his address-how facing the possibility of death forces us to clarify our lives:

No one wants to die….And yet death is the destination we all share….And that is as it should be, because Death is very likely the single best invention of Life. It is Life’s change agent. It clears out the old to make way for the new. Right now the new is you, but someday not too long from now, you will gradually become the old and be cleared away. Sorry to be so dramatic, but it is quite true.

Your time is limited, so don’t waste it living someone else’s life. Don’t be trapped by dogma – which is living with the results of other people’s thinking. Don’t let the noise of others’ opinions drown out your own inner voice. And most important, have the courage to follow your heart and intuition. They somehow already know what you truly want to become. Everything else is secondary.

I join millions of people around the world in saluting this great visionary, and hope his words give you a little encouragement in your own life today.

We don’t have endless time. Be what you want to be!