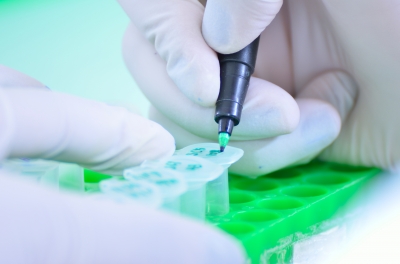 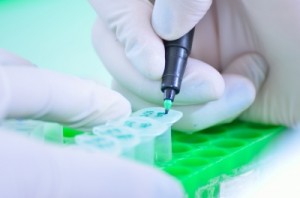 I’ve talked with you all before about how the beauty industry tries to tell us as long as they use only a very little bit of a potentially harmful chemical, they’re not doing anything wrong. After all, the logic goes, a little bit of salt gives great flavor, while too much can cause high blood pressure. It’s all about balance, right?

A new study has poked big holes in that argument. Researchers from Texas Tech University found that two chemicals, even at levels low enough to be considered “safe” for humans when used alone, can cause cancer when used together.

Think about that for a second. How many chemicals are combined in our everyday personal care products? Hundreds, right? If just two of those together can cause cancerous changes in cells, what does that mean when many are used together?

I shudder to think.

Combination of Chemicals Twice as Dangerous

For this study, which was published in the scientific journal The Prostate, researchers treated human prostate cells in the lab once a week for six months with arsenic, estrogen, and a combination of the two. Many of the tests involved levels of arsenic, estrogen, or both at levels considered safe by the Environmental Protection Agency.

The results showed that the combination of the two chemicals was almost twice as likely to create cancer in prostate cells. The chemicals stop certain genes from doing their job, which allowed cancer cells to proliferate. Researchers noted that their findings suggest our government agencies need to take a second look at what constitutes a “safe” dose of these and other chemicals.

“The majority of cancers are caused by environmental influences,” said Kamaleshwar Singh, assistant professor at The Institute of Environmental and Human Health at Texas Tech. “Only about 5 to 10 percent of cancers are due to genetic predisposition. Science has looked at these chemicals, such as arsenic, and tested them in a lab to find the amounts that may cause cancer. But that’s just a single chemical in a single test. In the real world, we are getting exposed to many chemicals at once.”

Our Health is at Risk

What does this mean on the grander scale of things? I’ve been talking a lot about hormone disruptor chemicals like phthalates and parabens. These chemicals act like estrogen in the body, where they can disrupt normal functions and cause health problems.

This study indicates that combining estrogen with arsenic can increase risk of cancer. The researchers themselves stated they focused on estrogen because estrogen-like compounds are rampant in our everyday lives. These include BPA-which is found in our food containers and plastics-phthalates, parabens, pesticides, food preservatives, formaldehyde, and even some food dyes.

Meanwhile, we find arsenic in our everyday lives as well. It’s in cigarette smoke, some drinking water, and in pressure-treated lumber. Families who live near agricultural or industrial sources may be exposed, and residues from currently banned pesticides that included arsenic are still found in soils used to grow food, including rice. In 2011, the FDA even found arsenic in some chicken meat.

Does this mean that we could have this cancer-causing combination of chemicals in our bodies right now? We don’t really have studies to say, but the CDC has noted that there is widespread exposure to BPA and phthalates in the U.S. population, and has also found measurable levels of arsenic in the urine of various populations around the country.

This research highlights the gross error our manufacturers are making when they assume that they’re using “safe” levels of chemicals. The EPA tests only one chemical at a time to determine these levels, but fails to look at chemical mixtures and synergistic effects, which is a huge error, considering we are all exposed to hundreds of chemicals every day.

Watch your labels. Buy from reputable sources. Reduce your toxic load. It matters!

What do you think of this study? Please share your thoughts.