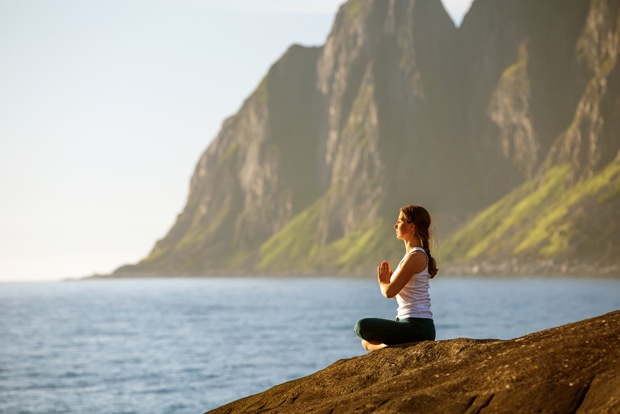 When I teach my “Detox Your Life” courses, one thing that often surprises people is that I consider negative thoughts, stress, and repressed emotions as “toxins.”

Most people expect they’ll learn how to reduce toxins in their food, like preservatives, dyes, and additives. They know I’ll talk about harsh ingredients in personal care products, like formaldehyde, toluene, and 1,4-dioxane. They’re not surprised when I recommend they watch out for furniture with flame-retardants, that they dust and vacuum frequently to get rid of toxins in the home, and that they stop using synthetic air fresheners.

But when I start talking about a “detox lifestyle” that encompasses daily rituals to flush out negative emotions, ease stress, and encourage positive thoughts, sometimes they look confused.

Could these things really be detrimental to their health?

To which I answer a hearty “yes!”

This is breast cancer month, and we’ve been talking about prevention, self-care, and ways to reduce your risk of recurrence. Now it’s time that we completed the circle, and talk about the one area we can’t afford to neglect-the mind, or what we may think of as the “self.”

That our thoughts and emotions can influence our health has been shown in a number of studies. Here’s just a glimpse at a few:

And this is just the tip of the iceberg. Stress and how we handle it can have a big impact on our health-and on our risk for cancer.

Can Stress and Negative Emotions Cause Cancer?

Though we can’t say yet with authority that stress can cause cancer, we do have a number of studies showing that it can create the right conditions for it.

“If your body does not help cancer cells, they cannot spread as far,” said senior author Tsonwin Hai. “So really, the rest of the cells in the body help cancer cells to move, to set up shop at distant sites. And one of the unifying themes here is stress.”

An earlier 2004 study found that women with major live events, daily stress, and depression had 3.7 times higher the risk for breast cancer, compared to those who didn’t experience that type of stress.

And a 2010 study showed that chronic stress acts as a “sort of fertilizer that feeds breast cancer progression, significantly accelerating the spread of the disease,” according to researchers.

The Stress is Always There

We don’t have all the answers yet, but we can see from these and other studies that stress, ruminating over bad things that happen to us, feeling negatively about things, and other similar modes of behavior can act as dangerous toxins to our systems, and over time, can result in health problems.

It starts in the morning. Maybe you didn’t sleep well, so you wake up tired-already, your hormones are out of whack. You drink coffee to compensate, sending a caffeine jolt into your system. Maybe the kids were late getting out of bed. You have to rush to get them to school. That means you don’t get a good, healthy breakfast, and you’ve already got stress hormones pumping through your bloodstream.

It’s been only two hours, and already you have flooded your body, mind, and spirit with a ton of toxins! Negative emotions, stress, fear, anxiety, frustration, maybe even anger. These all tax your body, throw your hormones out of balance, deplete your immune system, and leave you emotionally ill equipped to deal with the rest of the day.

Of course we can’t expect that our lives will be stress-free. What we need to do, instead, is adopt regular techniques that we can use on a daily basis that help us to process these emotions, flush them out of our system, and get our heads in the right place, so to speak.

You likely have your own ways to deal with stress. Here are seven of my favorites. If you have others that really work, share them with our readers!

This is one of the best ways to counteract the effect stress has on the body. Consider these study results:

There are a number of other studies touting the stress-relieving benefits of exercise. Think back to the last time you worked out, went for a walk, or did some dancing. How did you feel? How long did those good feelings last?

There are a lot of benefits to yoga, but one of them is stress relief. I know that after I finish my practice I feel stronger, more centered, and more accepting of myself.

A 2012 study showed that yoga helped reduce the stress levels of people caring for those with Alzheimer’s and dementia. And a 2014 study even showed that poses like the downward dog could help reduce levels of inflammation and fatigue in cancer patients.

There’s something about getting your feelings out onto a piece of paper (or computer document) that has a healing effect. A study of students with ah history of trauma, for example, showed that the act of writing improved their physical symptoms.

Another study found that cancer patients who wrote about their feelings prior to treatment reported an improved physical quality of life. Participants said that journaling helped them gain some distance so they could reflect on what had happened, and that they felt calmer and more able to move on after writing about it.

Study after study has shown that regular meditation is one of the best ways to cope with stress and negative events in our lives. In a recent article in the Washington Post, the reporter interviewed Sara Lazar, a neuroscientist at Massachusetts General Hospital and Harvard Medical School.

She stated that in their studies on people who had never meditated before, and who they put through an eight-week mindfulness-based stress reduction program, actually thickened their brain in four regions, including the amygdala, the fight or flight part of the brain that is important in how we experience fear, stress, and anxiety. That area actually got smaller in those who meditated-and the change correlated with a reduction in stress levels.

Trust me-it’s worth a try, even if you start with only 10 minutes a day of quietly sitting and letting your thoughts come and go without reaction.

5. Spend time with the right people.

Over the last decade or so, scientists have discovered the power of the social circle-to either make you healthier, or not.

It’s not just friends that are important, though. You need the right kind of friends-those who will support you and help you feel better, not worse.

A 2012 study found, for example, that negative social interaction increases inflammation in the body. Researchers from the University of California, Los Angeles, found that participants who reported more negative or competitive social interactions (with their roommates, in this case), were more likely to have a significantly higher level of “cytokine” in their bodies-a proinflammatory protein.

“There’s a lot of research showing that when we are stressed out,” said Jessica Chiang, author of the report, “it activates all these biological systems. And interpersonal stressors are often the biggest stressors people experience in their daily lives.”

The key here is that your social interactions matter. Friends, family, colleagues-how you interact with them all can either help bring you up or down. It can also mean the difference between a long and healthy life, or one cut short by disease.

How do you cope with negative emotions and stress? Please share your tips.

Morris L., et al., “Writing Your Way to Health? The Effects of Disclosure on Past Stressful Events in German Students,” In: Abelian ME, editor. Trends in Psychotherapy Research. Hauppauge (NY):Nova Science Publishers; 2006.

Brigid Schulte, “Harvard Neuroscientist: Meditation not only reduces stress, here’s how it changes your brain,” Washington Post, May 26, 2015, https://www.washingtonpost.com/news/inspired-life/wp/2015/05/26/harvard-neuroscientist-meditation-not-only-reduces-stress-it-literally-changes-your-brain/.

Ryan Kisiel, “To be a happy chap, see your pals twice a week: Men’s wellbeing depends on meeting up with friends and ‘doing stuff,’” Daily Mail, October 20, 2013, http://www.dailymail.co.uk/health/article-2469485/Mens-wellbeing-depends-meeting-friends.html.