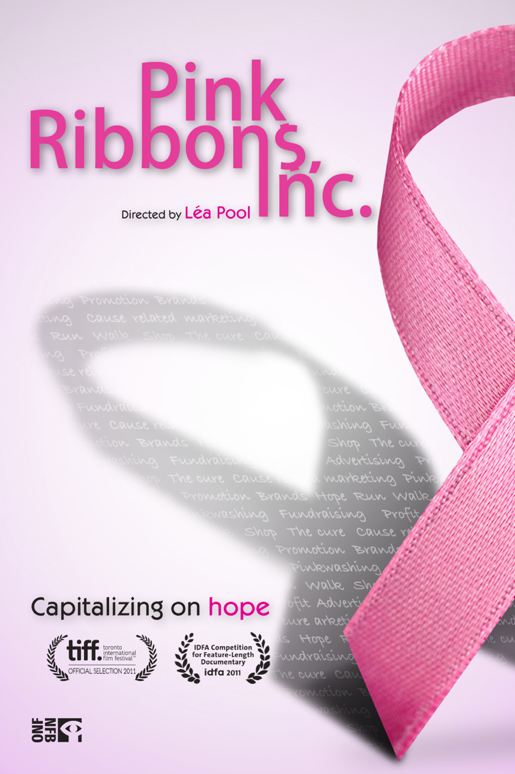 It seems that Pinkwashing is starting earlier and earlier every year. We expect all the pink products to roll out in October, during Breast Cancer Month, but now we’re seeing pink everywhere about the same time we see back-to-school specials.

I’ve posted in years past about how it all started out well, but now it seems that businesses are just taking advantage of the breast cancer awareness month to sell products and make money. How much of our hard-earned dollars are actually going to support breast cancer research?

This year, watchdog group “Think Before You Pink,” a project of Breast Cancer Action, alerted the public to an important new documentary called Pink Ribbons, Inc. This documentary, directed by Lea Pool and written by The National Film Board of Canada, criticizes “breast-cancer culture,” noting that though millions of dollars have been raised in the name of breast cancer, research has yet to produce the expected results.

According to the American Cancer Society, breast cancer incidence rates started going down in 2000, dropping by about 7 percent from 2002 to 2003. The credit for this decrease, however, goes to the decline in use of hormone therapy after menopause that occurred after the results of the Women’s Health Initiative were published in 2002. That study linked the use of hormone therapy to an increased risk of breast cancer and heart disease.

Since 2004, however, incidence rates have been stable, with breast cancer affecting about one in eight women. Former Breast Cancer Action Executive Director Barbara Brenner says in Pink Ribbons, Inc., “What’s going on?” After all, we’ve been pumping money into research. Why aren’t we seeing more advances?

Based on the book of the same name written by Samantha King, Pink Ribbons, Inc. “pulls back the pink curtain on why we aren’t making progress in ending this epidemic,” says the Think Before You Pink website. “It’s a curtain we’ve been tugging on for over a decade through our Think Before You Pink campaign, where we encourage people to ask critical questions about breast cancer fundraising.”

Indeed, the editorial review for Ms. King’s original book notes, “The pink ribbon has come to symbolize efforts to find a cure for breast cancer. But it has also become a powerful symbol for corporate philanthropy, boosting the image of corporations that promote products from yogurt to cars, slicing off a portion of proceeds to support breast cancer research.”

Barbara Brenner says of the book, “Breast cancer advocacy is being transformed from meaningful civic participation into purchasing products. To understand the personal, social, and political costs, read this book.”

The movie also highlights “pinkwashing,” when a company or organization claims to care about breast cancer by promoting a pink ribbon product, but then produces or sells products with ingredients that are linked to the disease. As one woman living with breast cancer says in the film, “Our disease is being used for people to profit. And that’s not okay.”

According to on-screen commentators in the movie, breast cancer research is poorly coordinated and badly focused. Fewer than 30 percent of patients have a genetic risk of the disease, which indicates that most cases come from environmental causes (diet, activity levels, chemicals, etc.). Still, little attention is paid to prevention and avoiding potentially harmful chemicals that disrupt fragile hormones.

Companies that say they support breast cancer research, like Avon, are often guilty of using potential cancer-causing ingredients in their products. Yoplait yogurt, for example, encouraged customers to send in product lids in exchange for donations, but they use milk that contained the bovine growth hormone. (The substance was later eliminated.)

As I’ve mentioned in past posts, the best way to ensure that your money goes toward real research is to send the check directly to the organization where it will do the most good. Forget about buying products. If you’re not sure about your charity, check it with the Charity Navigator, which provides free charity ratings based on their financial health, accountability, and transparency.

Through our actions, we can steer corporations into doing something that will really make a difference, instead of just trying to look like they are.

How do you support breast cancer research?