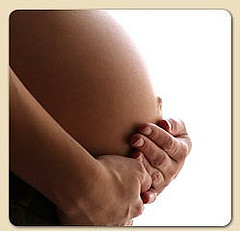 It’s hard to believe, but the Environmental Working Group (EWG) released a new study that found 232 chemical contaminants in the umbilical cord blood samples taken from 10 newborn American babies. Nine out of ten had bisphenol A (BPA), a plastic component and synthetic estrogen. Two synthetic musks, components of fragrance, were found in 7 out of 10.

BPA, as we mentioned in another post, has been linked to breast cancer (because of its ability to mimic female hormones), as well as to prostate cancer. The National Institutes of Health found evidence that it may have adverse affects on childhood development.

Artificial musks, as found in the samples, are commonly added to personal-care products. In fact, the Campaign for Safe Cosmetics says the cosmetics industry and other industries use 9,000 tons of synthetic musk annually. Another study in 2009 by the EWG found musk in the blood samples of teenage girls. The problem is, they resist breakdown in the body and like to hang around in fat. Science is still studying the effects of musks on the human body, but according to Chemicals Health Monitor, some are known to affect reproduction in rats and fish, and can damage the DNA in cells.

The umbilical cord is the baby’s lifeline, so to speak, bringing nourishment from the mother and removing waste. And this isn’t the first time chemicals have been found there. In 2004, the EWG worked with Commonweal to study 10 newborns, and again found over 200 chemicals. Scientists refer to the presence of such toxins in the body as the “body burden.” In that study, pesticides, and perfluorochemicals-used in stain repellants, fast-food packaging, clothes and textiles-were among those discovered.

“Business has virtually free rein in its use of deadly toxins,” wrote reporter E. Galen in December of 2005. “U.S. industries manufacture and import about 75,000 chemicals, using 3,000 of them at the rate of more than a million pounds a year. The Environmental Protection agency (EPA), the federal government’s regulatory agency, does not require that these chemicals be tested for safety before they flood the environment.”

In this current study, the EWG found 232 chemicals total in the 10 newborns studied, all who were of minority descent. The sample is small, but alerts everyone to the fact that children are being exposed to dangerous chemicals, even in the environment that is supposed to be the most protective-the womb.

If you’re concerned and want to help, the Campaign for Safe Cosmetics suggests these steps:

•  Contact the manufacturer of a cosmetic product in your possession that lists “fragrance,” “perfume,” or “musk” on the ingredient label, and ask the maker to use non-toxic ingredients and fully disclose all ingredients on product labels. (Currently, manufacturers aren’t required to list the many chemical ingredients in their fragrances, under rule of “proprietary” privacy.)
•  Choose gifts and personal products that are free of synthetic fragrances. Check out EWG’s Skin Deep Database to find such products.

What do you think of this study’s findings? Please share your thoughts.