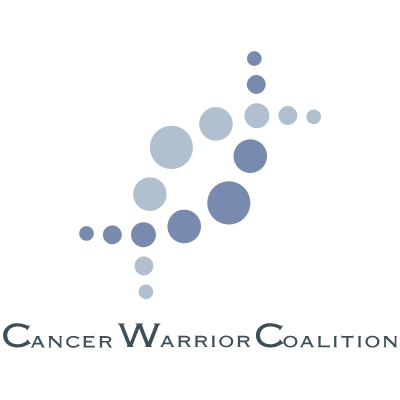 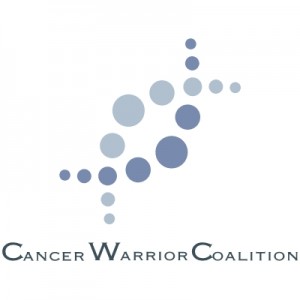 How does a 98–100% survival rate at the three-year mark for prostate cancer sound to you? How about radiation treatment that-compared to today’s commonly used methods-produces few radiation burns, little if any tissue damage, and drastically reduced side effects? What about a cancer treatment for breast, lung, brain and pancreatic cancers that would be minimally invasive on the body, yet maximally effective against tumors? How would you feel about something that could treat recurring cancers without forcing the patient to repeat chemotherapy?

Would you be surprised to learn that such a treatment-that does all these things-is out there, available today, with thousands of clinical trials behind it, and yet we don’t have it here in the United States?

It’s called “heavy-ion cancer therapy,” first proposed in the 1950s by scientists at U.C. Berkley. Unfortunately, the tides of medical research turned and the method was forgotten until the 1990s, when researchers in Japan and Germany picked it up again and started perfecting it for treating cancerous tumors. They’re currently treating and curing people with survival rates at or above our current rates-but without the extensive side effects. Right now. Today. It’s happening.

But not in America.

We do have something similar. At five locations throughout the U.S., doctors are using FDA-approved focused proton energy to radiate cancer tumors. However, heavy-ion therapies are able to treat cancers that proton therapy cannot, because of their unique makeup and interaction in the body. Yet these therapies are not approved by the FDA, for lack of American research. (The FDA won’t accept Japanese or European-based research as part of their approval process, even though the studies are numerous and overwhelmingly successful.)

That means that thousands of American cancer patients who could be getting this promising treatment without suffering typical side effects will not have access to these therapies unless they go overseas.

One man is trying to change that.

His name is Jeff Chancellor, and he’s a very accomplished individual. He was Senior Research Engineer at Lockheed Martin, contributing to the success of three space-shuttle missions; he’s trained the crew and flight surgeons in space weather and medical physics; and he’s been a research scientist for the University of Houston, focusing on condensed matter and nuclear physics-to name a few of his achievements. But Jeff has a new passion today, one he hopes will do away with what he calls the sometimes “archaic” methods of cancer treatment: to bring the more humane, effective method of heavy-ion therapy to Americans.

“It should not be accepted that treatment of cancerous tumors may kill a person before the cancer does,” Jeff says. Yet that’s exactly what happened to one of his very close friends. Rick Cruz was diagnosed with esophageal cancer, which soon spread to his lungs and spine. He had a gloomy outlook for recovery. Still, after a hard bout with chemotherapy, tests demonstrated substantial improvement-the cancer was showing signs of retracting. Jeff thought his friend was on his way to being disease free. Then he got a call from Rick’s brother. Rick had gone into heart and lung failure. It was over. He was dead.

“He went from showing signs of recovery,” Jeff says, “to his body and organs shutting down from the abuse of chemotherapy. It wasn’t the cancer that killed him. It was the chemo.”

Stunned by the reality of today’s available cancer treatments, Jeff went into action. He learned about the research on heavy-ion radiation therapy, and made it his mission to bring those therapies to America. His goal-along with his new organization, the “Cancer Warriors Coalition”-is to raise enough money to establish a new center that would not only provide therapies to patients during the day, but would serve as a charged-particle research facility at night, where scientists would focus on finding new treatment methods (involving ion particles), discovering new ways to detect cancer at early stages, developing new devices for diagnostics and therapeutics, and testing of all the above.

“There’s no facility in America like this right now,” Jeff says. “We want to build a particle accelerator that will be used for treatments in the daytime, and for research at night. That way we can gather all the best doctors, scientists, and researchers under the same roof, and put any profits gained back into the machine and into research for cancer.”

We were a little confused about how this new therapy works, so we asked Jeff to explain it. “It’s similar to today’s x-ray radiation treatments,” he says, “except today’s radiation tends to dump all its energy at the surface of the skin and the surrounding tissues, before it gets to the tumor, significantly damaging all those tissues and potentially some internal organs. With carbon and other ions, the dose is very low, and it increases at a certain range, say at 14 cm below the skin’s surface. The energy and angle of the beam is dumped at the tumor site-with minimal damage to the skin or the surrounding tissues. Depending on the ion used, we can determine the energy level, how it will break down, and what the residual damage will be. Ideally, we can focus in on the tumor alone, and leave the rest of the body undamaged.”

Jeff says his center will be unique in experimenting with different types of ions for different types of cancers. Similar centers currently operating in Germany and Japan use only carbon ions, but he suspects other ions may prove more effective at treating various types of tumors. “You want something that’s precise, that will kill the tumor and localize the damage,” he says.

Jeff hopes for a Houston location for his center, but that’s hasn’t been determined yet. In the meantime, he’s asking for anyone who is able to donate: “The more we can raise privately through donations and grants, the less we have to rely on venture capitalist, and the purer we can keep our research goals.” FDA approval of heavy-ion therapy has been slow because of a lack of American research, and American research has been scarce because of a lack of funds to build such a particle accelerator as the one Jeff is proposing. However, with the help of organizations, philanthropists, government grants, donor programs, and especially, from concerned individuals, these treatments may soon come to light.

“We want people to realize there are options,” Jeff says. “We want cancer patients to be able to come to us and get treated without having to go through the horrible side effects of chemotherapy, radiation, or dangerous surgeries. We’re supposed to be the number-one country as far as medical treatment is concerned, yet other countries are offering better treatment because they’re focused on doing research that can be put to good use. There is a way to make a difference. We just have to get people excited about it.”

To donate to Cancer Warriors today, please visit their website (www.cancerwarriorcoalition.com) and click on the “donate” button.