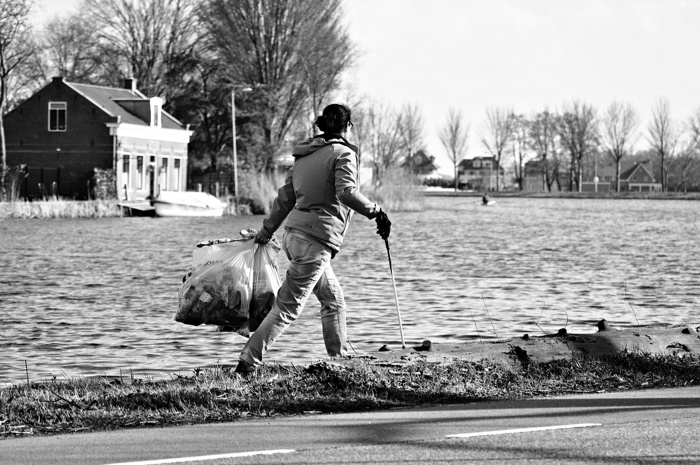 New Fitness Craze Helps You Get Healthy While Improving Your Environment

Here at CV Skinlabs we care about using natural ingredients and packaging our products to reduce waste, so when we heard about a new fitness craze that helps clean up the planet, we had to find out more about it.

It’s called “plogging,” and it involves exercising while picking up trash at the same time. Here’s how it works.

Plogging originated in Sweden, where the word “plocka upp” means “pick up.” The exercise combines jogging and picking up litter—a simple concept, but one that’s rapidly catching on across the United States.

If you’re someone who likes to exercise outside, you’ve probably spotted litter or trash a time or two. What did you do about it?

Most of us don’t like seeing litter, but let’s admit it: most of us don’t do anything about it. There are a lot of reasons, perhaps the biggest being that we have nowhere to put the trash, and we don’t really want to carry it along with us.

We may worry about germs, and then there’s the fact that stopping can mess up an exercise rhythm and slow down our workout time.

Ploggers, however, find a way to address all these issues because, well, it just makes sense to clean things up. They wear plastic gloves, take trash bags along, and make other adjustments such as passing by a trashcan or dumpster on their routes. Some scout out the area first, then return on a second pass to gather the litter and garbage they found the first time around.

The Washington Post reports that based on Swedish app “Lifesum,” a half-hour of plogging burns about 288 calories, while jogging alone burns about 235. (A brisk walk burns about 120.) That means ploggers are benefitting not only the planet, but their own health.

You don’t need to pick up trash every time, though. Ploggers often alternate between regular jogs and plogs, plogging once or twice a week, for example, or actually walking and picking up litter on their rest days between jogging days.

Many ploggers continue the exercise because it makes them feel good. Actually picking up the litter and cleaning the environment is rewarding and helps people feel like they’re making a difference.

Some ploggers post images of themselves and friends on social media holding up bags of trash while sporting their jogging outfits. In this way, they help start new communities devoted to making their neighborhoods cleaner.

How Did Plogging Get Started?

Plogging got its start in Sweden when Erik Ahlstrom moved to Stockholm in 2016. While riding his bike to work, he became increasingly irritated at the amount of trash on the road. He noticed that most of it would still be there week after week.

Picking up the trash while riding was difficult, so Ahlstrom started picking it up on his daily jogs. It made him feel better to make a difference, even if it was a small one. Other joggers soon joined him and by the end of the year, the activity had grown so popular that groups of runners were gathering together for plogging events across the country.

Soon the idea spread to other European countries, and now it’s coming across the Atlantic to take root here in America. The online “Plogga” group now has members from over 40 countries, including the U.S. Schools are getting into the action, hosting competitions to see who can gather the most trash in a limited amount of time.

Fans praise not only the environmental benefits of the exercise, but note that because it requires additional movements like lunging, squatting, and lifting, it provides a better overall workout. Some ploggers build on this by incorporating additional exercises to make bending and picking up the litter even more challenging and aerobic.

If you’d like to try plogging, you can get the app Lifesum here, and track your progress. You can also get your friends or coworkers together to see how much trash you can pick up around your area, hold contests with rival groups, and post your successes on social media. It’s a fun, healthy way to show your commitment to the environment while doing something good for yourself at the same time!

Have you tried plogging?

Sources:
Allison Klein, “’Plogging’ is the Swedish fitness craze for people who want to save the planet. It’s making its way to the U.S.,” The Washington Post, February 23, 2018, https://www.washingtonpost.com/news/inspired-life/wp/2018/02/23/plogging-is-the-swedish-fitness-craze-for-people-who-want-to-save-the-planet-its-making-its-way-to-the-u-s/?noredirect=on&utm_term=.f986109f56cc.