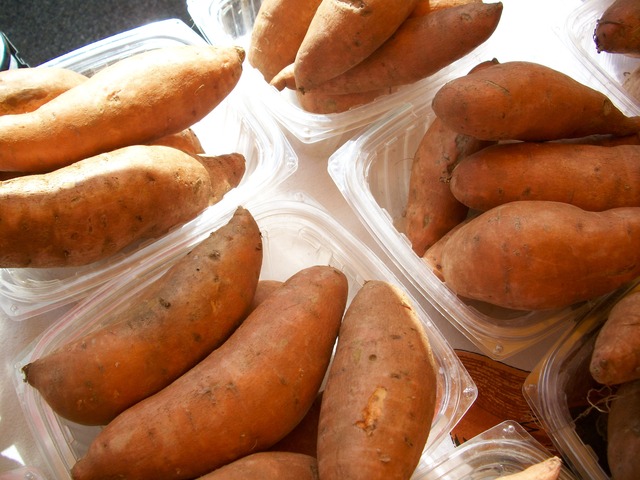 My Personal Story: Why a Low-Carb Diet May be Unhealthy for Some Women Long-Term

My Story and How Adding “Gentle Carbs” Changed My Health 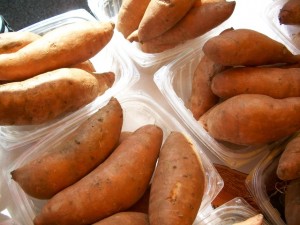 At the beginning of this year, I gave you all an update on the 7 healthy habits I started in the fall of 2013. That included cutting way back on carbs.

I’d heard about all the benefits-including weight loss, reduced cravings, a clear mind, less inflammatory response, and more. You’ve heard them too, I’m sure. So excited to get started, I and adopted a strict low-carb, Paleo diet.

I felt amazing for the first year. I had so much more energy, clear skin, a lean body, and enjoyed better sleep. After the first year, though, I started to not feel so well.

I was having headaches and was exhausted all the time. I ran 7 miles a couple of times a week in Central Park, but I found myself dragging through the day. My fat loss had stopped like I had reached a plateau.

Worse, I started missing periods. When that happened, I got a little nervous-especially when it happened month after month. I went to my gynecologist, had some blood work done, and worked with a holistic nutritionist who helped me balance my neurotransmitters (which I later discovered could be messed up on a long term low-carb diet), but I was still exhausted.

My diet was free of sugar, dairy, gluten, caffeine, and soy, so I couldn’t figure it out.

What was the problem?

I Checked with My Doctor

I went back to my doctor and got a full checkup. Again, everything came back normal. I was confused; I was eating so clean, how could I feel so bad?

Then, five months ago, I found a brilliant nutritionist named Laura Schoenfeld. She’s a registered dietician with a master’s degree in Public Health, and a staff nutritionist at ChrisKresser.com.

After reading one of her posts, I had a consultation with her. She shared with me that while we want to stay away from the bad carbs (gluten carbs, sugary desserts, white flour, pasta, etc.), not all carbs are equal.

While the Paleo diet accepts sweet potatoes (starchy carb), I had always avoided them thinking they were carbs that were not good for me. She helped me understand that a long-term, low-starch, low-carb diet (of the good kind) was causing more harm and hormonal imbalance that was good for me.

I learned that adding in some beets, carrots, fruit, sweet potatoes, squash, and even some rice would help me tremendously. (None of these were in my diet except some berries.)

“While some people do incredibly well following a low carb Paleo diet,” she says, “there are many people who crash and burn on this type of dietary plan.”

Turns out that my low-carb diet combined with my high cardio runs and stressful lifestyle were causing more stress and cortisol in my body. To help manage stress, I needed to give the body the energy it needed and avoid an additional stressor-which is what the low-carb diet had become.

A low carb diet does not work when there is adrenal fatigue. (Or to put in more modern terms: HPA axis dysfunction.)

Wow! What a revelation this was to me!

Why Low-Carb May Not be Right for You

According to Laura, there are seven types of people that may find low-carb diets to actually cause more health problems than they cure:

Other Evidence that Low-Carb May be Detrimental to Your Health

The problem is gluten and sugary carbs (un-gentle carbs) because they can cause inflammation in the body, which increases risk of a number of diseases, including heart disease and stroke.

Yet a strict, low-carb diet, composed of gentle carbs, can also stress the body. Research from the Arizona State University states that this sort of diet can cause “ketosis,” or the inability of the body to metabolize fat properly. While ketosis can be a good diet for some, it can also increase acid, may increase bone loss, and may cause bones to “leach” calcium.

This type of diet can also cause an increase in LDL “bad” cholesterol, and causes fatigue (like I experienced), especially in dieters who regularly exercise. Muscles get tired faster, as there isn’t enough carbohydrate stores to sustain them.

According to the ASU article, “The researchers note that when your body is not getting the nutrients it needs to function, your body goes into a state of stress, which causes systemic inflammation.”

So the very thing we were trying to correct with a low-carb diet-inflammation-actually can get worse while we’re on it.

Listen to Your Body

In the end, you have to listen to your body. If the low-carb diet is working for you, great! But if something doesn’t feel right, it’s time for a change.

That’s what I did, and I’m feeling so much better. I’m enjoying some healthy, “gentle carbs” which have helped lower my cortisol (which saliva testing showed was high). They’ve also helped return my GABA levels to normal.  This article from Laura Briden (a naturopathic doctor) talks about how GABA, a type of neurotransmitter, reduces stress and keeps us calm, and that we need some gentle carbs for it to function correctly.

I started slow. At first, I added only sweet potatoes and bananas to my smoothies on the days I worked out. Slowly, I have come to enjoy baked sweet potato slices with coconut oil 4-5 days per week (yum!).

I also occasionally add rice to my vegetables and protein. I felt a huge change immediately after adding these starchy carbs. I was no longer dragging and my menstrual cycles have been normal for the last five months (sigh of relief).

Who knew I was suffering all these symptoms simply because I was missing starchy carbs?

Might you need to add a few starchy carbs back to your meals?

What do you think of the low-carb diet? Have you experienced problems? Please share your story.