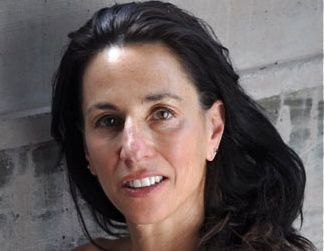 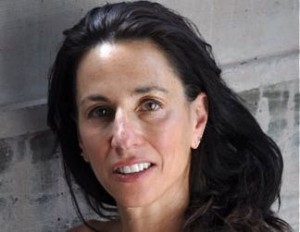 During a recent workshop I presented with my friends at Women’s Voices for the Earth, I had the pleasure of meeting Paula Mozen. Paula is an award-winning documentary filmmaker and a two-time breast cancer survivor, and she’s working on a new project that’s really exciting.

If you or someone you love has been diagnosed with breast cancer, read on. Paula is working on a new movie that will show how real women with breast cancer are making life-altering decisions about their treatment, their health, and their future.

The Diagnosis No Woman Wants

I’m sorry, but you have breast cancer.

In the United States, one in eight women will hear these shattering words in her lifetime. Life Interrupted, a documentary feature about breast cancer, chronicles the lives and experiences of five unique survivors-including the filmmaker herself-from diagnosis through treatment and life beyond.

“As a daughter of a 12-year, stage 4 metastatic breast cancer survivor, and a filmmaker who has worked in the field of health educational documentaries for over 18 years,” Paula says, “I was not exactly uninformed of the statistics and possibilities that I might be affected. And yet, when my turn came, both times, I felt slammed, disoriented, disbelieving.”

Paula goes on to say that like many women, she asked, “Why me?” She had become a vegetarian at age 11, and was physically active, regularly dancing, climbing, biking, and skiing. She had a slow heart rate and low blood pressure-everything she was supposed to have to stay healthy. Even her doctors praised her for living a “clean life.”

Still, Paula received the dreaded diagnosis, and as she says, “my world broke apart.”

Realizing she had no choice but to face this new challenge, Paula got herself together and went to work.

“I was determined that I had to snap out of it quickly,” she says, “because there was a lot to be done in a very short amount of time if I wanted to save my life.”

She immersed herself, as she says, “in a parallel universe that featured thousands of women from all walks of life talking about lumpectomy, mastectomy, reconstruction, radiation, chemotherapy, BRCA, Oncotype DX, and all the permutations therein.”

Amidst all her efforts of talking to doctors and doing her research, however, Paula found that what she wanted most was to talk to other women who had already been through what she was facing.

“Besides figuring out the technical aspects of our particular disease and treatment options,” she says, “most of us go online to find comfort in meeting other women to hear about their stories. The power of storytelling is informative and healing. Stories from women who have passed this way before are invaluable for navigating treatments and keeping hope alive.”

A Project to Provide Hope

It was then that Paula got the idea to make a film that would tell the story of real women going through real breast cancer. Such a documentary would be invaluable to her and to other women facing the biggest challenges of their lives.

Life Interrupted chronicles the lives and experiences of five unique survivors, including Paula herself, from diagnosis through treatment and life beyond. “What is special about this film,” Paula says, “is that resilient women from various ages, stages of breast cancer, ethnic, geographic, and socio economic backgrounds, will share their journeys as they cross into and return from, the world of Breast Cancer.”

Patricia Bear, for example, a 71-year-old member of the Gros Ventre Nation living on Fort Belknap Reservation in Montana, is one of the survivors featured in the film. She drove her truck 125 miles one-way to get radiation treatment at the closest hospital, every day, for five weeks. Patricia says she has seen the rate of cancer go up on the reservation over the years, and now works as a health advocate raising awareness.

Debra Wood, a 47-year-old year old African American flight attendant, businesswoman, and mother of two, is another featured survivor. She was initially diagnosed with triple negative breast cancer in February of 2004, two days after getting engaged. Her soon-to-be husband stood by her side as she had her eggs frozen in anticipation of the chemotherapy she would receive, followed by five years of tamoxifen, a hormonal therapy.

Two years later, she conceived “naturally “ a son and later, a daughter. Debra is now an advocate in her own community and has served on the board of Living Beyond Breast Cancer, a National Breast Cancer Survivorship organization based in Philadelphia.

Life Interrupted is in progress now, and Paula has already partnered with PBS for a public broadcast, as well as with hospitals, cancer support communities, and cancer education centers to screen the film. The objectives are to:

Women’s Voices for the Earth is the non-profit sponsor for the film, but Life Interrupted and Paula still need your help! The production will cost thousands of dollars, which she’s already working on raising through grants and foundations, but she is also relying on individual donors.

“These women are confronting life-altering diagnoses,” Paula says, “and respond to their disease process and the rebuilding of their lives with honesty, dignity, humor, and grace. I am adjusting to my new realities and surviving, and I know others can, too. We’re not just our breasts. We’re not just cancer chicks. We are ourselves, and we will emerge, intact or changed, as ourselves.”

Learn more about Life Interrupted and if you’d like, donate here.