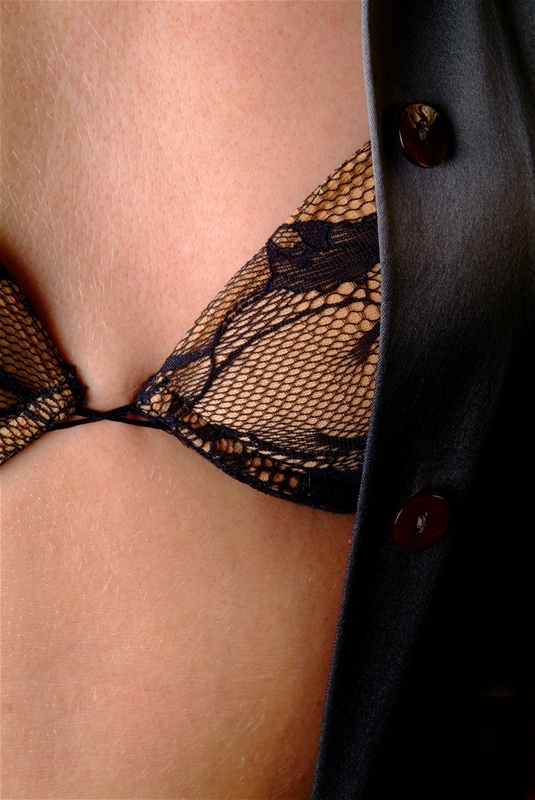 Ladies, Make Sure Your Bra Fits-It Could Lower Your Risk of Breast Cancer!

Not long ago, Oprah did two “intervention” shows on finding a bra that fits. Since then, choosing the right bra for an outfit has become as important as choosing the right shoes. Ana Marie Cox, writing for Time.com, reports: “According to ‘experts,’ ‘industry studies’ and ‘surveys,’ anywhere between 70% to 85% of women are treating their breasts badly, either shoving them into too-small cups or allowing them to float freely in a draping sling.”

Today, you can find all kinds of bra-fitting articles and tips online and in magazines, including those on the Oprah site and from Susan Nethero, the so-called “bra whisperer.” We all want to look good, so if we can learn what kind of bras will make our favorite blouses and dresses more flattering, why not? But some studies claim it’s about a lot more than fashion. They say a well-fitting bra, or wearing bras for fewer hours, could actually help us stay healthier-even lower our risk of breast cancer.

According to many experts, tight bras may constrict lymph drainage, which could contribute to cancer development. Lymph fluid flows from the breast and drains to the armpit lymph nodes and to the nodes along the breast bone. Tight-fitting clothing like bras can impede that flow. “The nature of the bra, the tightness, and the length of time worn, will all influence the degree of blockage of lymphatic drainage,” says Dr. Michael Schacter. “Thus, wearing a bra might contribute to the development of breast cancer as a result of cutting off lymphatic drainage, so that toxic chemicals are trapped in the breast.”

Dr. Jesse Hanley agrees. “Dr. Hanley encourages her patients not to wear underwire bras or even tight bras…because they block the lymph glands underneath the breast. Lymph glands play an important role in draining toxins from the breast.”?(What Your Doctor May Not Tell You About Premenopause, Warner Books, 1999.) Find more experts who agree here.

Constricting bras have also been implicated in the rise of non-cancerous breast cysts. Symptoms of the disease usually include swollen and tender breasts, accompanied by one or more lumps-usually occurring just before the menstrual cycle and fading at the end. For years doctors have recommended changes in diet, supplements, and sometimes birth-control pills. Now going bra-free has topped the list of recommendations. Dr. Gregory Heigh of Florida has found that over 90% of women with fibrocystic changes find improvement when they stop wearing their brassieres. Researchers Sydney Ross Singer and Soma Grismaijer even go so far as to call fibrocystic breast disease “tight-bra syndrome.”

Singer and Grismaijer have been active in researching the bra issue since the early 90s. Their book Dressed to Kill details their findings. In summary, they conducted a study of over 4,000 women and found that those who did not wear bras had a lower risk of breast cancer. More specifically, women who wore bras 24 hours a day had a 3 out of 4 risk, while those who wore them for less than 12 hours had a 1 out of 52 risk, and finally, those who never wore them had a 1 in 168 risk!

The study had some flaws-namely, that it was not controlled for other risk factors. Still, the results are compelling, and cry out for more research. There are a few other small studies-like the one published in the European Journal of Cancer that found that premenopausal women who did not wear bras had half the risk of breast cancer as those who did. Other studies have noted that wearing bras lowers the level of melatonin in the body.(1) Since melatonin helps regulate sleep and is a powerful antioxidant, lower levels may increase the risk of cancer. There’s a question of temperature as well, since bras increase the temperature of the breast tissue. (Find other related studies here.)

What to do? Without more detailed research, it’s difficult to make any hard and fast recommendations. Of course, it’s a personal decision. Our culture is steeped in bras, so going without would require a stout paddle as you work your way upstream. Drastic measures, however, aren’t necessary. To take better care of your health, try wearing a bra less often. Take it off before you go to sleep. Consider going without when you’re at home relaxing. When you do wear one, make sure it fits right, and is not too tight. Go for more natural materials like cotton rather than underwires (which have their own potential ties to cancer), and consider athletic bras or camisoles on routine days where you don’t have to worry about fashion. It’s easy, it’s cheap, and it could save your life. Why not give it a try?

What do you think about the bra-free revolution?