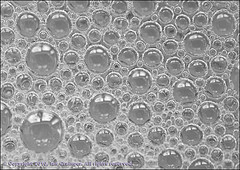 Is Your Shampoo Contaminating Your Drinking Water?

Scientists call these substances “nitrosamines,” and they have long been associated with cancer. As far back as 1956, two British scientists found that “dimethylnitrosamine,” a nitrosamine, produced liver tumors in rats. Since then, 300 of these compounds have been tested and found to be carcinogenic in animals. Several nitrosamines are classified by the Environmental Protection Agency (EPA) as probably human carcinogens.

Nitrosamines are fairly common because the compounds that make them-amines and nitrosating agents-occur commonly. Because cured meats contain amines, for example, and sodium nitrate, they often contain nitrosamines. The amount of sodium nitrate has been reduced over the years, and ascorbic acid (vitamin C), which inhibits the formation of nitrosamines, has been added to cured meat in the U.S. to lower the levels of nitrosamines in items like bacon.

Nitrosamines also form in small amounts when exposed to chloramine (a combination of chlorine and ammonia), the disinfectant used in most wastewater treatment plants. Yale researchers found that some dishwashing detergents and shampoos contain “quaternary amines” that can form nitrosamines when combined with chloramine, and unfortunately, the treatment process doesn’t get rid of them. In other words, when these substances are washed down the drain, they travel to water treatment plants where they mix with disinfectants, form nitrosamines, and can make their way back into our drinking water supply.

Scientists emphasize that their findings are preliminary, and that more research is needed. The overall concern is that the chloramines used in water treatment plants could be forming nitrosamines when combined with ingredients from detergents and shampoos. Scientists recommend that products be evaluated more carefully to determine which produce the highest level of quaternary amines, with the hope of reducing them.

So far, however, regulation is behind scientific research. The FDA has expressed concern about nitrosamines, stating they can be “rapidly absorbed through the skin,” and in 1996 encouraged cosmetic manufacturers to voluntarily remove ingredients that would form “NDELA”-a particular kind of nitrosamine. Yet the Environmental Working Group (EWG) in 2007 found that one in every 10 products still contains ingredients that can combine with others to form nitrosamines.

Until our regulatory agencies do more to protect us, you can protect yourself and your family by purchasing a filter for your tap water, and choosing organic and safe brands of shampoo and detergents. Try Aubrey Organics and Avalon Organics, and avoid ingredients like “DEA,” “TEA,” and “MEA” on labels, as well as quaternium, as these can break down into nitrosamines.

What do you think of nitrosamines? Are you taking steps to reduce your exposure?