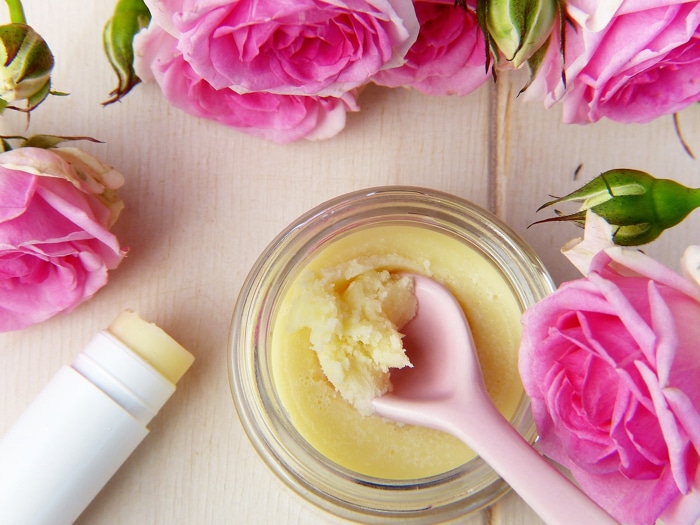 Ingredient Spotlight: Why Shea Butter is Such a Popular Skincare Ingredient

Shea butter has become one of the most popular beauty ingredients available lately, and for good reason. Here’s more.

What is Shea Butter?

Shea butter is a natural ingredient extracted from the nut of the African shea tree (Vitellaria paradoxa). When raw, it has an ivory color, though more processed versions look white. Sometimes it is dyed yellow with palm oil or borututu root.

The shea tree grows wild in the dry savannah belt of West Africa to a height of about 23-49 feet, though it can grow even taller. The tree doesn’t start to bear fruit until it has reached the age of 10-15 years, and doesn’t become fully productive until it’s 20-30 years old.

The fruit of the shea tree looks like a large plum and takes 4-6 months to ripen. It has a thin, tart, nutritious pulp that surrounds a large, oil-rich seed. It is from this seed that the shea butter is extracted. It consists of five principal fatty acids, including palmitic, stearic, oleic, linoleic, and arachidic. Different species of shea trees will produce oil with different proportions of stearic and oleic acid, which can also affect the consistency of the butter.

How Does Shea Butter Benefit the Skin?

People who are allergic to nuts don’t have to worry about using shea butter. It is very low in the proteins that can trigger allergies and has not been linked to skin allergies in any research study. This means that even those with sensitive skin can feel good about using it.

Because of its natural fatty acids, shea butter is a superior moisturizer. The skin happily absorbs these fatty acids which then restore the outer barrier and the deeper layers of skin, helping reduce the risk of dryness while making skin feel smooth and soft. Moisturizing with shea butter often creates a more lasting effect than moisturizing with other products.

Shea butter is so versatile you can even use it to moisturize your scalp and hair. It helps seal in moisture on the hair strands, while gently conditioning the scalp, potentially alleviating dandruff.

Shea butter has natural anti-inflammatory properties that can help tame redness and calm irritated skin. In a 2012 study, researchers found that it reduced levels of pro-inflammatory enzymes while expressing other inflammation-reducing properties. It was so effective that scientists stated it could be used in therapeutic agents.

This makes shea butter a particularly important ingredient for those suffering from eczema, rosacea, dermatitis, psoriasis, and other skin conditions.

Unlike some deep moisturizers, shea butter will not leave your skin feeling greasy. Its fatty acids are easily absorbed so they don’t linger on the surface in an oily way.

Shea butter is a natural source of vitamins A and E, which means that it has healing properties. You may already be using vitamin A (in the form of retinol) to help heal and regenerate your skin as well as reduce acne breakouts. While most forms of retinol are synthetic (made in the lab), the vitamin A in shea butter is a more bioavailable form that is easily absorbed and processed by the skin.

Vitamin E has long been used to help heal skin wounds, including cuts, scrapes, and burns. It’s also a natural antioxidant, meaning it helps to reduce free-radical damage in the skin.

If you’re struggling with a fungal rash, such as athlete’s foot, ringworm, or jock itch, shea butter can help. It has natural antifungal properties and was found in one study to help kill a variety of different species of fungi.

Shea butter kills bacteria, too, which can help keep your skin healthy and acne-free. In a 2012 study, researchers found that an extract from the shea tree killed several types of bacteria, including E. coli, bacteria that cause urinary tract infections, and pneumonia-causing bacteria.

She butter is a natural anti-aging ingredient. The fatty acids in it help smooth skin and fade the appearance of fine lines and wrinkles, while the antioxidants fight off free-radical damage that can accelerate aging. It helps restore skin elasticity, while also potentially boosting collagen production.

Most rich moisturizers tend to clog pores and aren’t recommended for those with acne-prone skin. Shea butter is the exception. It scores a 0 on the comedogenic scale, which means it does not clog pores and will not make your skin break out. You can use this oil to battle dryness and aging without worry that it will stir up your acne.

If you suffer from eczema and other conditions that result in itchy skin, try shea butter. Its natural ingredients seem to help soothe the itch. In a 2015 study involving participants with mild to moderate eczema, shea butter helped reduce skin itching by 79 percent.

Have you tried shea butter?