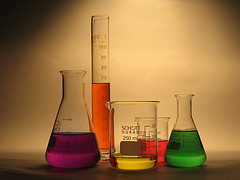 How Toxic Is Your Chemical Sunscreen?

Let’s review just some of the evidence:

• Drs. Cedric and Frank Garland of the University of California believe that increased use of chemical sunscreens is the primary cause of the skin-cancer epidemic.
• Norwegian scientists found that octyl methoxycinnamate (OMC), used as a UVB filter in 90 percent of sunscreens worldwide, killed half of the mouse cells in an alcohol solution when added at a much lower concentration than occurs in sunscreens. When researchers shown a lamp for two hours to simulate midday sunshine, more cells died, suggesting the reaction between OMC and sunlight created an effect twice as toxic as the chemical alone.
• The Environmental Working Group (EWG) recommends that consumers avoid sunscreens with oxybenzone, as it is a hormone-disrupting chemical that readily absorbs through human skin.
• A study published in Toxicology and Applied Pharmacology found that benzophenone (BP) UV filters act as endocrine disruptors. In other words, they can mimic the female hormone estrogen and interfere with the male hormone, testosterone. The study found that the effects can be detected at levels found in human blood after applying sunscreen.
• A study led by Roberto Danovaro of the Polytechnic University of Marche in Italy found that chemical sunscreens may be killing off coral reefs. The ingredients in them (parabens, cinnamates, benzophenones, and a camphor derivative) can activate viruses in an algae that live inside the coral species, which then replicate until their algae hosts explode, spilling viruses into the water and infecting neighboring coral reefs. Danovaro recommended physical sunscreen (like zinc oxide) instead.
• Studies at the Institute of Pharmacology and Toxicology found that many widely used sunscreen chemicals mimic the effects of estrogen and trigger developmental abnormalities in rats. In lab tests, all five ingredients (benzophenone-3, momosalte, 4-methyl-benzylidene camphor (4-MBC), octyl-methoxycinnamate and octyl-dimethyl-PABA) behaved like estrogen and made cancer cells grow more rapidly. 4-MBC was also found to cause a doubling of the rate of uterine growth well before puberty. “That was scary,” said Margaret Schlumpf, lead researcher, “because we used concentrations that are in the range allowed in sunscreens.”
• A study published in the British Journal of Clinical Pharmacology showed that all sunscreen agents investigated penetrated into the skin, with benzophenone-3 passing through in significant amounts.

We could go on and on, but you get the point. Safest bet where sunscreens are concerned? Zinc oxide. Studies show that it protects better, plain and simple.

Have you thrown away your chemical sunscreens? Share your story!