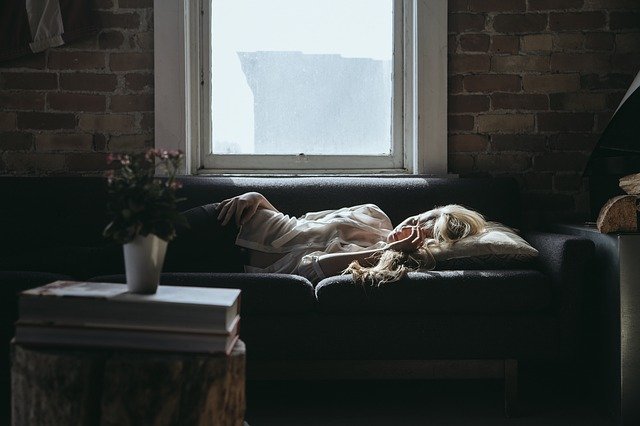 How to Tell if You’re Suffering from Adrenal Fatigue

You may have even wondered if you have it.

If so, this post is for you. After all, many of us really have no idea what this is.

How can your adrenal glands get tired?

What are the Adrenals?

First, we need to know which part of the body we’re talking about here.

We have two adrenal glands, and they sit just above the kidneys, about in the middle of your lower back. (One adrenal gland per kidney.) They aren’t very big-about 2.5 inches long and one inch wide.

The word “adrenal” actually comes from a Latin word meaning “near the kidney.”

These glands are unique when it comes to how they produce hormones. We have other parts of the body, like the thyroid, that do that, but usually they respond to messengers traveling through the bloodstream. A part of the adrenal glands, however, communicates directly with the brain, which is why these glands can react so quickly to our emotions and feelings of stress.

What is Adrenal Fatigue?

The adrenal glands were designed to respond to stress in small spurts. You’ve heard of the “fight or flight” response, where we see the tiger, feel stressed, and run. The adrenal glands pump the body full of hormones that help us run faster and feel less pain and fatigue as we try to get away.

But then we’re supposed to either get away (or get eaten!) and be done with it so the body can return to normal operation.

In today’s world, however, many of us experience stress in a far different way. It’s called “chronic stress,” and it occurs when we deal with long periods of stress for days, months, or even years.

Let’s say you are in a job with a boss that stresses you out, for instance. Every day at work feels like a battle. You worry about the upcoming meeting, as you’re afraid he will shoot down your idea in front of your peers. He has a tendency to come through your office and call you out. He gives you poor reviews, or holds impossible standards over your head.

In this type of situation, you might feel chronically stressed. The same thing can happen to caretakers, people in hard physical occupations, or those going through serious health problems. This type of stress is more difficult for the adrenal glands to deal with. They can become overworked to the point of exhaustion, and may start to have difficulty doing their job.

At this point, one may suffer from adrenal fatigue, which can produce a number of troublesome symptoms.

What are the Symptoms of Adrenal Fatigue?

So far, we have no medical evidence that “adrenal fatigue” actually exists. The Endocrine Society, for example-the leading organization on the field of endocrinology, which deals with hormones-says that it’s not a real condition, and that there is no evidence that long-term stress drains the adrenal glands and causes symptoms.

The first person to talk about the issue was a chiropractor and naturopath-James Wilson. He wrote a book on the subject, and described it as a condition that affects people who have been under mental, physical, or emotional stress for long periods of time. After awhile, the adrenal glands produce inadequate amounts of hormones, the thinking goes, which causes trouble in the body.

Some of the most vulnerable people, he suggested, were single parents, shift workers, drug addicts, and those with stressful jobs. Symptoms of the condition include:

The Adrenal Fatigue Organization describes these symptoms as resulting from diminished adrenal gland activity, which can affect a number of bodily systems. They add that as the adrenal glands slow down, people may experience changes in metabolism, electrolyte balance, and even sex drive. They add that the condition can affect healthy blood sugar balance, which is why craving carbs is one of the symptoms.

How Do I Know if I May Have Adrenal Fatigue?

If you’re experiencing some of the above symptoms-and you know you’ve been under chronic stress for a long period of time-you may wonder if you’re suffering from adrenal fatigue.

Because the condition is not a medical one, there are no medical screening tests to determine a diagnosis. Some alternative healthcare practitioners may do an examination to try to find out if the adrenal glands may be suffering.

Your doctor can, however, diagnose a condition called “adrenal insufficiency,” which is a similar condition in which the adrenal glands don’t release adequate levels of hormones. Usually, cortisol is the one that’s affected. If this condition goes untreated, it can cause serious complications, so it’s always important to check with your doctor if you’re suffering symptoms like those listed above.

Doctors diagnose adrenal insufficiency with blood tests that show inadequate levels of hormones. Your alternative healthcare practitioner may do the same. If the tests come back with low levels, your doctor will likely diagnose insufficiency, and will recommend treatment with hormonal replacement.

But what if the tests come back normal? Those who understand adrenal fatigue describe it as a “mild” form of adrenal insufficiency caused by chronic stress. Though the hormone levels don’t dip low enough to show up on tests, they still affect you enough to cause symptoms.

Be Careful-It May Be Something Else

The trouble with the symptoms of adrenal fatigue is that they can be caused by a number of other things-such as depression, fibromyalgia, anemia, thyroid problems, or simply a lot of stress coupled with an unhealthy lifestyle.

It’s important to try to get clear on what’s causing your fatigue, because the wrong diagnosis could lead to the wrong treatment, which could result in you feeling worse.

The standard treatment for adrenal fatigue consists of the following:

Most of these steps won’t hurt you, even if you’re not suffering from adrenal fatigue, so if you think you might be, it may be worth a try to talk to someone familiar with the condition and try some of the treatments. The important thing is to listen to your body just in case.

Either way, check with your doctor. If tests reveal that you don’t have adrenal insufficiency, and your doctor can’t find anything wrong with you, don’t give up. It may be that adrenal fatigue is affecting you, and a few months of focused treatment could have you feeling better.

Have you suffered adrenal fatigue? Please share your story.