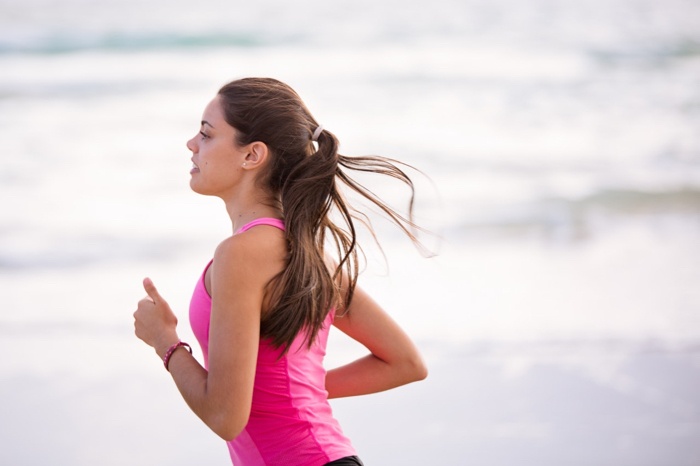 If you’re having a hard time sticking with your workout routine, here’s some more motivation for you: it will probably help you look younger.

You may have already noticed that you feel more confident and vibrant when you’re regularly exercising. But studies show that the effects go beyond how you feel.

In fact, exercise can actually help make real changes in your skin, to the point of actually reversing the aging process.

In a small animal study at McMaster University, researchers examined the effects of exercise on two subject groups. The first exercised regularly and the other didn’t.

Curious, the scientists wanted to see if the results might be similar in humans. They recruited 29 male and female volunteers aged 20 to 84. About half of them completed at least three hours of moderate to vigorous physical activity every week, while the other half were mostly sedentary, exercising for less than an hour per week.

The results showed that even after the age of 40, those who had been active had visibly younger looking skin—similar to people in their 20s and 30s—even if they were over the age of 65.

Next, the researchers had those who had been sedentary start exercising. Three months later, skin tests showed significant changes, with skin again looking like much younger skin.

Exercise helps the skin in many ways. It increases circulation, tames inflammation, and helps you sleep better—all of which can create younger-looking skin.

But scientists are discovering fascinating things about how exercise seems to have a direct affect on skin aging. In one experiment, they enrolled 36 men and 36 women, some younger (18-30) and some older (65-80). Each group participated in different exercise routines, including:

Mitochondria are tiny powerhouses in cells that generate energy. As we get older, they can suffer from wear and tear and free-radical damage, which affects how well they work. Without them, we can’t produce the collagen and elastin the skin needs to keep its shape, or the hyaluronic acid that keeps skin hydrated.

Supporting this source of energy through exercise can help boost production of the nutrients your skin needs to look its best. Researchers concluded that HIIT was a good option for most people.

Facial Exercises May Also Help Reduce the Appearance of Age

It’s not just aerobic exercise that helps skin, however—facial exercises might make a difference, too.

In a recent study from Northwestern Medicine, researchers had study participants aged 40-65 years old undergo two sets of face-to-face 90-minute training sessions from a facial exercise instructor. Those participants then continued to do their exercises at home for 30 minutes a day over a period of eight weeks. From nine to 20 weeks, they did the same exercises every other day.

The exercises included things like puckering and squeezing the cheeks, sometimes working against the resistance of the fingers to challenge the muscles.

At the end of the study, the researchers had two blinded dermatologists assess before-and-after photographs. These experts looked at 19 features on the face, and rated each participant’s age at the beginning, at eight weeks, and then at 20 weeks.

Results showed an almost three-year decrease in age appearance over the 20-week period. The main differences were in upper cheek and lower cheek fullness, which was enhanced by the exercises.

Bottom line: If you want to look younger, it’s not only about creams and serums. Exercise can help, too!

Do you notice younger-looking skin after exercise?