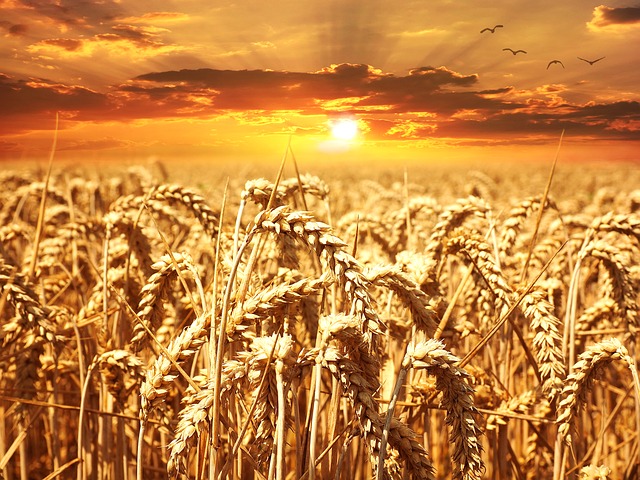 Go Gluten-Free or Not?

According to a recent Gallup pole, one in five Americans actively tries to include gluten-free foods in his or her diet.

Should you be one of them?

This is a question on many of our readers’ minds, so I wanted to give you some guidance. I made the change back in 2013 to gluten-free at my doctor’s recommendation, and I felt a lot better as a result.

But gluten-free isn’t for everyone. Below are three reasons you may want to consider trying it for yourself-and three reasons why you shouldn’t.

1. You Have Celiac Disease

This is the primary reason why people avoid gluten. Celiac disease is a genetic autoimmune disorder in which the immune system mistakenly sees gluten-a protein found in wheat, rye, and barley-as a foreign invader, and thus mounts an attack to get rid of it.

The battle takes place in the digestive system-mainly the small intestine. There, the immune attack inflames and damages small, fingerlike projections called “villi” that line the inside of the small intestine. These villi promote nutrient absorption. If the patient continues to eat gluten, their villi can become permanently damaged, which can lead to complications like malnutrition.

Left untreated, celiac disease can cause vitamin and mineral deficiencies, gall bladder malfunction, infertility and miscarriage, iron deficiency anemia, and more. The only current treatment is a lifelong gluten-free diet, which means that patients must avoid foods with gluten, including wheat, barley, rye, bread, beer, and more.

2. You Are Allergic to Wheat

A lot of people can’t tolerate wheat because they’re allergic to it. In fact, wheat is one of the top eight food allergens in the U.S. today.

If you’re allergic, that means that your body sees wheat and all of its components (including gluten and other proteins in the grain) as invaders. Whenever you eat them, it launches an attack, causing symptoms like nausea and vomiting, hives, rashes, itchy and irritated eyes, difficulty breathing, nasal congestion, and other common symptoms of an allergy attack. These symptoms may be mild, moderate, or severe, and sometimes may be life-threatening.

You may not, however, be allergic to other grains with gluten, like barley or rye, so be sure to get tested for all related grains. Most people with wheat allergies have to avoid only wheat, not gluten.

3. You Have a Gluten Sensitivity

A lot of people today believe they are sensitive to gluten. So far, medical and science reports indicate that six percent of the population (18 million people) has gluten sensitivity, but there may be more that don’t report it.

Also called a “gluten intolerance,” this condition isn’t full-blown celiac disease, but it can have similar, milder symptoms. While sufferers won’t experience the small intestine damage that those with celiac do, or develop the tissue transglutaminase (tTG) antibodies found in celiac disease, they may suffer symptoms that disappear when they go on a gluten-free diet.

Symptoms of gluten sensitivity may include:

How do you know if you’re one of these people? First, keep track of your symptoms for about a week with a food and symptom diary. Record everything you eat and when, and then describe your symptoms and record when they take place.

Next, check with your doctor to make sure you don’t have celiac disease (which requires only a simple exam and blood test) or a wheat allergy. If you test negative for either, it may be that you have a gluten sensitivity.

Your next step will be to go gluten-free for awhile, and see if your symptoms clear up. If they do, you may have found what was causing it all.

Be careful, however. It’s not always so clear-cut. A 2015 study, for instance, found that 86 percent of patients who thought they were sensitive to gluten actually could tolerate it just fine.

Sometimes digestive symptoms can be tough to figure out. New research now suggests that those who believe they have a gluten sensitivity may actually have difficulty digesting “FODMAPs,” a group of carbohydrates that can cause digestive difficulties.

FODMAPs include items with fructose, lactose, fructans, and galactans, and polyols (sugar alcohols). Some examples include:

If you feel better on a gluten-free diet but still experience some symptoms, ask your doctor or dietician about a FODMAP-free diet, to see if that may help you more. This diet may also be helpful if you have irritable bowel syndrome (IBS).

Why You Shouldn’t Go Gluten-Free

If you fit any of the three above conditions, then a gluten-free (or FODMAP-free) diet may help you feel a lot better, and enjoy life much more.

If you don’t have any of these conditions, though, going gluten-free could actually be harmful. Here are three reasons why.

It may seem that going gluten-free is easier today than ever, but that’s only an illusion. Gluten tends to hide in a lot of places, which means even if you think you’re eliminating it, you could still be consuming it.

There is often gluten in veggie burgers, for instance, salad dressings, soups, beer, supplements, and medications.

Taking away whole wheat, barley, and rye can also limit the fiber you’re getting, which can result in more digestive problems, rather than less. You’ll need to make an effort to replace these grains with other fiber-rich options like brown rice and quinoa.

2. Whole Grains are Good for You

Whole grains are full of nutrients, fiber, and phytonutrients that contribute to overall health and nutrition. Studies have linked intake of whole grains to a reduced risk of many of today’s common diseases, including heart disease, cancer, diabetes, and obesity.

Some studies have even linked the protein gluten with health benefits, including boosting the immune system and maintaining healthy triglyceride levels. A 2010 comprehensive review found that whole grain cereals can protect against the disease and aging process.

3. Most Gluten-Free Packaged Foods are Bad for You

It seemed that when manufacturers responded to consumer demand by creating pre-packaged gluten-free foods, it would be a lot easier to follow a gluten-free diet.

Unfortunately, most of these foods are made with refined, unenriched grains and starches, and contain excess calories and sugar without a lot of nutrients. In fact, for many people, going gluten-free means gaining weight, suffering from nutrient deficiencies, and consuming too much sugar.

Everyone is Different-Make Sure Gluten-Free is Right For You

If you aren’t suffering from one of the first three conditions mentioned, but you still have uncomfortable digestive symptoms, talk with a registered dietician. He or she can help ensure that you’re eating a balanced diet, and may be able to help you identify foods that are causing you problems.

Going gluten-free can be a blessing, but it can also make life a lot more difficult. Be sure that you take the steps necessary to find out what’s really going on so you can find the right treatment for you.

Have you gone gluten-free?