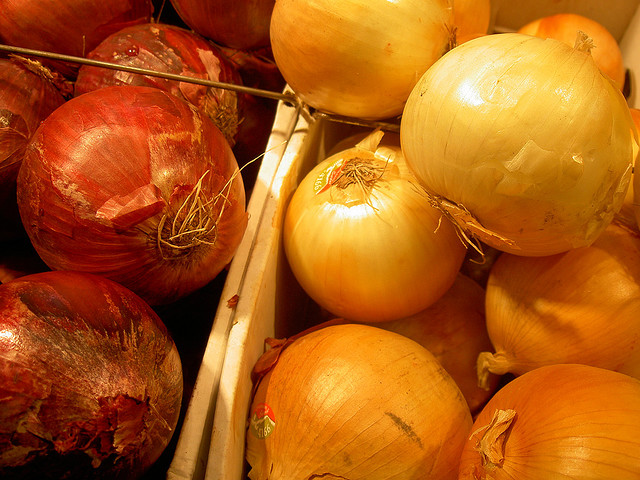 Foods that Act as Natural Antibiotics

We may often talk about using food as medicine, but did you know that some types of foods actually have natural antibiotic properties?

When your doctor gives you a prescription for antibiotics, the idea is that the synthetic drugs will help kill harmful bacteria. Today most of these drugs are scientifically created in a laboratory, but it wasn’t that long ago that people turned to foods to accomplish the same thing, back before synthetic drugs were available.

Today’s antibiotics are created to be strong enough and effective enough to help battle infections. Foods with natural antibiotic properties, though they may have a broader or weaker effect, can still help keep potentially harmful microbes and bacteria out of the body on a daily basis. Add these to your diet and see if you don’t cut down on your number of illnesses this year.

Garlic and onions. Both of these foods have been used over the centuries for their antibiotic properties. Garlic has a compound named “allicin” that has both antibacterial and antifungal effects, and has shown in studies to reduce staphylococcus albus. History shows garlic being used to help treat typhus and dysentery. As far back as 1931, Russian researchers found that bacteria and fungi exposed to vapors from both onions and garlic died within two to five minutes.1Honey. Honey’s antibacterial effects have been studied and proven for years. A 2007 study found that it helped treat coughs in children while fighting the upper respiratory infection.2 It’s often recommended for treating surface infections from burns and wounds, and has even shown promise on infections that didn’t respond to standard antibiotics. It has a reputation for treating the bacteria that causes stomach ulcers, and for killing staphylococcus.

Coconut oil. Looking for a healthy cooking oil? Try this one. A recent study found that when virgin coconut oil was added to regular antibiotic therapy, it helped relieve the symptoms of childhood pneumonia faster than antibiotics alone.3 It’s also recommended for helping with ear infections, and acts as a general anti-inflammatory and antibiotic.

Lemons and limes. They’re full of vitamin C, which helps to boost your immune system to fight against bacteria, but they also have flavonoids that have antibiotic effects. Historically, lime juice was found to be protective against cholera. A study on lime oil found that it had antimicrobial activity against staphylococcus.4 Lemons and limes can also affect immune cells called monocytes.

Finally, though they don’t kill bacteria, fermented foods (like yogurt and sauerkraut) that contain probiotics help replace the good bacteria in the digestive system, which in turn help fight against invading microorganisms. If you’re feeling down and decide to increase your intake of these other foods with antibiotic activity, try to eat some foods with probiotics at the same time, to help balance out your system.

Have you tried these natural antibiotics? Please share your experiences.