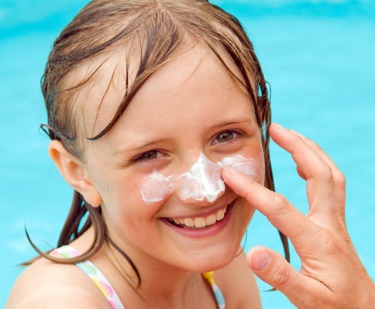 Does Your Sunscreen Contain Retinyl Palmitate? NTP Says It's Photocarcinogenic 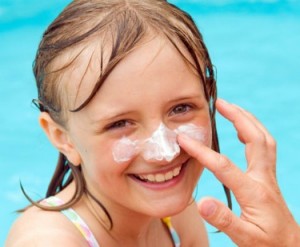 Go get your sunscreen right now and turn it over. Read the ingredient list. Do you see “retinyl palmitate?” Most likely, you will, as it’s a form of vitamin A present in many sunscreens as an anti-aging boost.

Here’s the scoop. Earlier this year, the National Toxicology Program (NTP) confirmed the results of a study that showed that retinyl palmitate in sunscreens, when applied to the skin and exposed to the sun, speeds the development of skin tumors.

Let me give you some more details on this study:

How worried do we need to be about this study? You always have to take scientific results in context. So far this is only one study, and it was performed in animals, so we’re not sure yet if the results transfer to humans. It is concerning, however, especially when a major organization like the NTP supports the findings. Here are a few more details:

Here are my thoughts on this. First of all, this isn’t a new thing-the FDA has been concerned about this for awhile. Secondly, yes, it’s an animal study, but the reaction could be similar in humans. Finally, why take the chance? You can choose safe sunscreens without retinyl palmitate. In fact, after this study came out, several sunscreen manufacturers released vitamin A-free formulas. We need to protect the skin, but at the same time, we need to be sure that what we’re putting on the skin isn’t increasing our risk of skin problems or even skin cancer. The Environmental Working Group has put out a list of safe sunscreens, so you can find some good choices there. Go check them out, and take the safe route to skin protection.

Have you changed your sunscreens as a result of this study? Please share your thoughts.

Photo courtesy the aearlsnd via Flickr.com.